What was expected to be the world’s biggest initial public stock offering was blockaded by Chinese regulators following Ant Group and Alibaba founder Jack Ma’s criticism of the country’s regulatory environment and state banks.

Ant Group is a spin-off financial company from Chinese tech conglomerate Alibaba. The high-tech financial supermarket was formed just six years ago and is considered to be among the fastest growing and biggest companies in history.

Ant was supposed to go public last November 3, 2020 on both the Shanghai Stock Exchange and the Hong Kong Stock Exchange but regulators for both exchanges decided to suspend the offering two days before the schedule due to major issues in relation to changes in the financial technology regulatory environment.

The Hong Kong exchange followed suit after Shanghai’s announcement of the suspension. The IPO was forecast to raise approximately $37 billion and boost the financial firm’s market value to more than $300 billion.

Ma too critical of China?

In late October 2020, Ant Group’s controlling shareholder Ma gave a unfiltered speech at a finance conference in Shanghai: “China does not have a systemic financial risk problem. Chinese finance basically does not carry risk; rather, the risk comes from lacking a system. China today needs policy experts, not paper pushers.”

Ma also criticized Chinese banks and called them “pawnshops” that give out loans to companies “that do not need money. As a result, many good companies have turned into bad companies.”

Shortly after, the Ant Group IPO was suspended, Ma and two Ant Group executives – executive chairman Eric Jing and chief executive Simon Hu – were interviewed by Chinese financial regulators. Ant Group explained in a press release that it is working closely with Shanghai Stock Exchange and other regulatory departments on what to do next to push through with the listing.

As a result of the suspension, Alibaba’s shares fell by 7.1% in Hong Kong, with Ma losing around $3 billion in the process.

Aside from the suspended IPO, China’s antitrust regulator, the State Administration of Market Regulation, has officially commenced a probe into Alibaba for its alleged monopolistic business practices, including its policy to require e-commerce merchants to select a single platform as their exclusive distribution channel.

Alibaba and Ant Group – how big is the damage?

“Regulatory warnings, lawsuits, and bad press coverage about Alibaba’s anti-competitive practices are nothing new to investors”, says analyst Oshadhi Kumarasiri of LightStream Research who publishes on Smartkarma. “A number of competitors and merchants have filed lawsuits against Alibaba for anti-competitive practices previously, but the Chinese government had not taken a firm stance against Alibaba’s practices until Jack Ma’s public comments on Chinese regulators and the government. A discord between the government and Jack Ma may have led to the suspension of the Ant IPO and probes into Alibaba’s suspected monopolistic practices.”

“This is an attack on one of Jack Ma’s most lucrative business”, says Kumarasiri. “Jack Ma’s involvement in Alibaba is limited since he stepped down from his position as chairman of the board in 2019. However, he is still very much in control of Ant’s operations through two limited liability partnerships incorporated in the PRC, and a significant amount of Jack Ma’s wealth is currently tied to Ant Group. Therefore, the best way to get back at Jack Ma with minimum impact on the rest of the investment community is through Ant Group.”

Meanwhile, Ma hasn’t been seen since early November and speculations about the whereabouts are manifold. Some observers fear the worst and feel reminded of the disappearance of other billionaires in China. Other analysts say Ma is most likely laying down. Shaun Rein, a Shanghai-based business consultant who met Alibaba managers and people who know Ma, said none of them reports the billionaire is in legal trouble. 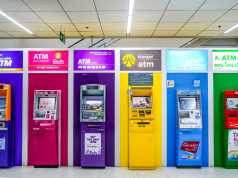 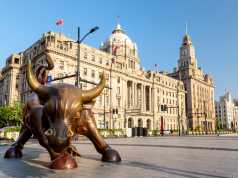 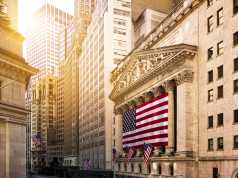