With a blue, smiling ant with only one eye as logo, this massive fintech company grew from Alibaba, was called Ant Financial and today Ant Group. Led by Jack Ma, it is set to launch the largest IPO of all time in the coming weeks.

Jack Ma founded e-commerce giant Alibaba in 1999. Its IPO in September 2014 was the biggest of all time then, raising the equivalent of $25 billion USD. By 2018 Alibaba became the second Asian company to be worth over $500 billion, following the example of Tencent. In 2014, Alipay, a payments spin-off of Alibaba, rebranded as Ant Financial, then raising $4.5 billion USD in a funding round. By 2016 Credit Suisse estimated Ant Financial was processing 58% of China’s online payment transactions. Ant Financial is now Ant Group and backed by Alibaba Group.

Today it is estimated that Ant Group could achieve a market valuation of $250 billion USD, raising at least $35 billion in the IPO – making it the largest ever. Until perhaps the next that is. Still, Jack Ma’s achievements are substantial. In 2008 he famously complained about how difficult it was for small businesses to get loans, saying: “If the banks don’t change, we’ll change the banks.”

Ant Group has helped to establish China as a world leader in digital transactions and now boasts more than 1 billion active users. Last year it processed $16 trillion in payments, achieving $17 billion in revenue and profits of around $2.5 billion. Ant Group’s revenue rose a massive 40% from 2018 to 2019 and it reportedly has made $3 billion in profit in the first six months of 2020 alone.

Alipay was created as a payment tool for Alibaba’s online marketplaces. It quickly grew in credibility and profitability. Some believe Jack Ma’s relationships with China’s commercial banks and regulators have helped the business to grow so rapidly. And, the now diverse financial markets Ant Group has contributed significantly to its success. Over half of the company’s 2019 revenue came from financial services including lending, wealth management and insurance. It collaborates with third-party providers providing their services through the Alipay website. Financial services companies are keen to participate, paying fees to Alipay for the privilege. Ant Group has its own offerings too, including Ant Insurance and its money market, Ant Fortune.

Ant Group is deeply embedded in Asia and is likely to continue to focus on nearby markets rather than the US and Europe. It is expected to expand further into Southeast Asia or India where many citizens are still unbanked. It is also likely than Ant will collaborate with other startups in these regions, sharing its technology and expertise and likely taking a share in the rewards. The company already has investments in Thailand’s Ascent Money, Mynt in the Philippines, and Dana in Indonesia. This May, it took a 33% share in Wave Money, otherwise known as Digital Money Myanmar.

Singapore has already seen Alipay introduced in restaurants, taxi services, and vending machines, all catering to Chinese customers. The Group has also applied for a “digital wholesale bank” licence in Singapore in order to provide services to corporate customers. This too, would help it to expand to other local markets.

Ant Group is known to be aggressively rolling out its mobile payments system in overseas markets specifically to service Chinese travellers, some of the most voracious tourists in the world. Ant Group reports that Alipay is accepted now in over 200 countries and regions. In its IPO filing submitted to the Hong Kong exchange on August 25, 2020, Ant Group said:

“We will continue to seek out opportunities overseas to enable merchants and consumers to conveniently receive and make payments and remit globally.”

The Ant Group IPO is expected this October, with double public listings in Hong Kong and Shanghai and experts predicting the company will raise at least $35 billion. For China, it’s another milestone. The country has now seen Chinese-led IPOs make up 44% of global public listings in the first three-quarters of 2020. This is double last years comparable figures. 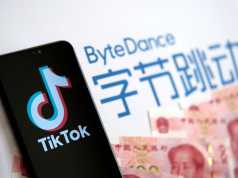 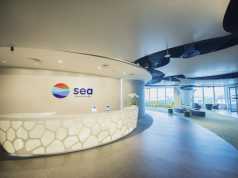 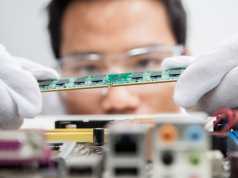 Notebook PC manufacturing to shift to SE Asia by 2030