Underpinned by the rise of China, Asia is home to some of the fastest-growing economies in the world. While the region represents nearly a third of the global gross domestic product (GDP), it’s underrepresented in global bond indices. According to Nikko Asset Management, one of Asia’s largest asset managers, Asia ex-Japan accounts for just 7% of the Barclays Global Aggregate Bond Index. At the same time, regional fundamentals are strong, defaults are relatively low, and easy monetary policies support valuations. This divergence represents an attractive opportunity to invest in Asian bonds.

Fixed income markets in Asia were underdeveloped going into the 1997-98 Asian financial crisis. Over-reliance on short-term bank borrowing eventually led to the inability of corporations to roll-over debt. After this lesson, significant efforts were made to facilitate large, open and liquid fixed income markets.

Asian Bond Markets Initiative and the Asian Bond Fund (ABF) played a significant role in the development of the Asian fixed income markets. ABMI focused on the issuer side, increasing the breadth and diversity of issuers. In comparison, ABF worked on improving liquidity in major government bond markets and removing some of the barriers for foreign investment.

Partially due to these policy initiatives, Asian fixed income markets have grown from less than $250 billion in 1995 to $17.2 trillion at the end of the second quarter of 2020. Over the same time, the outstanding amount of Latin American local currency bonds, for example, has barely changed.

Local currency (LC) bonds make up over 90% of total bonds outstanding and their share inched higher during the Covid-19 pandemic. In the second quarter of 2020, LC bond market grew by 5.0% quarter-on-quarter and 15.5% year-on-year.*

It continues to be dominated by quasi-sovereign and sovereign issuers. In fact, government bonds made up 60.8% of Emerging East Asia’s outstanding LC bonds and almost 70% of total outstanding bonds as of June 2020.* LC corporate bond market is also emerging, with the average annual growth rate of 40 per cent, between 2001 and 2019.

Asian hard currency (HC) market, composed of USD-denominated bonds issued by local governments, has crossed above the $1 trillion mark in 2019. According to Nikko, it now has more than 600 issuers from 17 regional economies, growing in depth and size over the recent years.

China dominates the Asian fixed income market, representing over 76% of the region’s total LC bonds outstanding.* South Korea has the second-largest market. For government bonds, China and South Korea made up 87.9% of the regional total at the end of June and for the corporate bond segment, that number was 92.8%.

Due to Covid-19 pandemic, the region has seen a substantial increase in HC issuance, mostly in US dollars. Philippines, Thailand and Indonesia, for instance, increased their HC issuance by 180.4%, 173.7% and 57.7%, respectively.*

Foreign holdings of LC bonds declined in most East Asia economies during the pandemic, with China and South Korea being two notable exceptions. The risk-off sentiment was damaging to other regional economies as foreign investors pulled their money.

Before Covid-19, many emerging Asia countries enjoyed relatively high interest rates after years of prudent policies. This created a substantial monetary cushion and allowed central banks across the region to maintain financial stability during the pandemic and to support economic recovery.

Most central banks in East Asia lowered interest rates at least once in 2020, providing liquidity and cheap funding. Through August 2020, four central banks lowered rates by at least 100 bps, while Malaysia and Indonesia cut rates by 50 bps.* Expectations of accommodative monetary policies drove yields lower, benefiting Asian bond markets. South Korea and Thailand were two exceptions, where yields on government bonds moved higher in 2020 due to expectations of higher fiscal spending in South Korea and political issues in Thailand.

Overall, the region’s bond markets remain attractive in the “lower for longer” interest rate environment as most countries continue to offer positive real yields and have monetary room to manoeuvre. Better containment of the Covid-19 situation across the region is also a positive.

Investment inflows resume across the region

Following the initial Covid-19 shock, foreign investment flows into the region resumed in earnest. The improved sentiment, coupled with attractive yields and supportive monetary policies, contributed to $12.8 billion of net inflows in June, the highest monthly total in 2020.

According to Reuters, Asian LC government and corporate bonds saw $1.26 billion of inflows in September, after nearly $500 million in August. Data from IIF, the Institute of International Finance, shows a growing divergence between country-level as well as debt vs equity flows. For the month of September, it estimates total EM debt flows of $12.9 billion and $10.8 billion of equity outflows.

During this crisis, Chinese bonds acted as a safe-haven asset. According to Stephen Jen, CEO and Co-CIO of Eurizon SLJ Capital Limited, capital controls on Chinese investors is one of the reasons. Inability to expatriate money from China supports the negative correlation between Chinese bonds and equities, and this relationship has been maintained during this period of market stress.

Asset managers in the region

Most asset managers also appear bullish on Asian fixed income. In its mid-year 2020 outlook, HSBC highlighted relative value in Asian fixed income, where investors can pick up some yield. Their preference for Asia “is also driven by the region’s effectiveness in coping with the pandemic, along with a rapid monetary and fiscal response.”

JP Morgan expects the weak US dollar to support risk assets, including emerging market bonds. They believe that “Asia possesses stronger fundamentals, and the region can potentially benefit more from a rebound in the global trade cycle.” 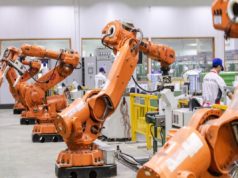 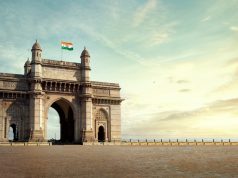