Home Asia News The Rising Power of the Asian Consumer 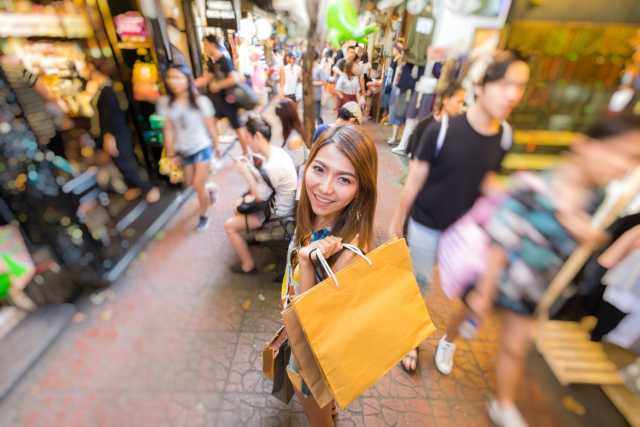 The Asian consumer is becoming a powerful engine in the world economy. However, the region’s consumption, spurred by increasing income and high standards of living, is just the beginning. According to Brookings Institution, the world will be more prosperous in 2030 with a middle class of over 5.5 billion people, predominantly in Asia. The analysts expect the Asian middle-class markets to expand from $20 trillion today to $36 trillion by 2030.

Investors who want to capture the market should implement a strategy that is tailored to the Asians’ rich culture and local tastes.

In general, Asians highly value family relationships, according to the Institute on Asian Consumer Insight (ACI). Hard work, saving, planning, and thriftiness matter to them. Beyond their livelihood, they seek fun, enjoyment, and nature. Diverse cultures, ethnicities, religions, political disparities, and different phases of economic development shape the consumer culture. Geography also dictates the qualities of the different segments of the market and consumer preferences.

For instance, a study by global consulting firm McKinsey revealed that consumers in Guangzhou, China prefer cameras with unique LCD screens, while those in Shenzhen, which is 60 miles away, like thinner, portable models. With this, courting the region’s shoppers requires understanding local preferences in terms of sectors and trends.

As for the technology sector, research firm Canalys reported that India has overtaken the U.S. as the second largest market for smartphone worldwide in 2017. China as number one has reached more than 110 million 5G users – while large parts of the rest of the world are still discussing or setting up 5G networks. Furthermore, Chinese companies are taking the lead in 5G. According to Strategy Analytics, Huawei, Vivo, Xiaomi and Oppo account for more than 60% of the global 5G market share.

Technology also plays a huge role in health and livelihoods in Asia throughout the pandemic. In China, Alibaba-backed workplace app DingTalk saw a 1,446% rise in downloads. In South Korea, 22,000 pharmacies are able to share their face-mask inventory through an open application program interface.

The coronavirus pandemic has also accelerated changes for Asian consumers. It has driven the Southeast Asian e-commerce boom and made most people shift from cash to online wallets. Sales of panel screens and notebooks, video conferencing power, and cloud software also increased due to people working from home.

The “2019 Ipsos Affluent Asia” report describes the 20.64 million affluent consumers in the Asia Pacific as “younger, gender balanced and highly educated.” They are attracted to the finest goods and travel frequently. The global luxury industry is expected to grow by up to 20 percent a year due to interest coming from Chinese consumers, according to management consultancy Bain & Company.

In Indonesia, the rising consumer class is expected to yield USD$1 trillion in annual spending by 2030. Financial services and apparel are the country’s most promising sectors.

Another trend that shows how Asian consumers are redefining the world is their potential shift from saving to investing. “As incomes rise across Asia, billions of earners will become billions of savers, and—eventually—billions of investors. They’ll need investment advice to expand their savings and suggestions to help plan for a long retirement,” according to analysts from the Milken Institute.

Is there such a thing as “the” Asian consumer?

While the major trends appear to be transnational, it is important for companies looking to tap into the purchasing power of the Asian middle class to take a closer look.

Accpording to Damian Chan, executive director at the Singapore Economic Development Board, a generic approach toward the Asian consumer will not be effective. He cites P&G as an example. After finding out that men in South Korea are invested in improving their appearance but do not want complex skin regimens, the multinational corporation launched and marketed SK-II for Men products as easy-to-apply skincare treatments.

Research centres like the Institute on Asian Consumer Insight (ACI) also help companies with developing their strategies. The ACI identified striking differences across Asian countries: India, Thailand, China, and the Philippines, for example, are highly interested in self-treats and luxury brands, while those in South Korea, Indonesia, Japan, and Hong Kong are less enthusiastic about those goods. Foreign brands are a hit in Hong Kong, China, and India the most but not so much in Japan, Indonesia, and Malaysia.

In China the “Guochao” trend to embrace domestic brands has been spreading quickly to various sectors and products.

When talking about the Asian consumer story, China should not be forgotten. With the first country being in the coronavirus crises, China has controlled the outbreak remarklably fast. People have been able to resume a largely normal life and the economy is on a V-shaped recovery for month now.

And this brought the Chinese consumer back. While China’s economic growth of 6.9% in the third quarter year-on-year (YoY) may appear slower compared to previous years, Chinese consumers are actually spending more.

“Auto sales have recorded six months of double-digit year-over-year growth, and new home sales have risen YoY for the last six months, after falling 39% during the first two months of the year”, says Matthews Asia’s investment strategist Andy Rothman. “Long lines in front of popular restaurants are back, as are traffic jams. Sales at restaurants and bars increased 0.8% YoY in October, the first month of YoY growth since the outbreak began, and compared to a 46.8% fall in March.”

Investing in the Asian consumer

There are several ways to profit from the trend “Asian consumer”. The first one is to invest in a consumer-focused fund or ETF. An actively managed strategy is per instance the Mirae Asset Asia Great Consumer Equity Fund. The fund mainly invests in equities and equity-related securities of Asian companies which are expected to benefit from growing consumption activities of Asian region, excluding Japan. A passive strategy that provides access to the Chinese consumer market is the Global X MSCI China Consumer Discretionary ETF.

Another option is to look for active managed funds that are more heavily geared towards Asian consumer sectors, such as Fidelity’s Asia Pacific Opportunities Fund. Choosing ETFs with a reasonable weighting towards the consumer sector is also an option for investors who don’t want to invest in actively managed funds.

For the “outside-in-perspective”, buying stocks of global companies with exposure to emerging markets businesses is another method of investing in the Asian consumer story. Thos stocks usually offer stability in terms of corporate governance as well as diversification, but growth potential may be limited.

Finally, investors may directly invest in consumer-oriented Asian market stocks. While these stocks are completely geared toward the consumer sector, they also offer the highest risk exposure.