Australia’s increasingly assertive stance against its largest trading partner China is taking a year-long trade conflict between them from bad to worse. Australia’s federal government has scrapped a memorandum of understanding and framework agreement signed between Australian state of Victoria and China, revoking a Belt and Road Initiative (BRI) deal.

The Australian Foreign Minister Marise Payne earlier this week canceled two deals from 2018 and 2019 as part of the BRI, by saying the memorandums of understanding were inconsistent with Australia’s foreign policy and adverse to its foreign relations.

Australia’s Prime Minister Scott Morrison said the decision follows through on the government’s pledge to ensure Australia strives for a “world that seeks a balance in favor of freedom”.

China’s BRI has been criticised for some time. Analysts have shown concerns about the mounting global debt crisis due to Chinese lending in developing nations from BRI projects, thereby making them vulnerable to Chinese political and economic influence.

In response to Australia’s decision, China called the cancellation of the Belt and Road deal between Victoria and China’s National Development and Reform Commission a ‘provocative move’. The Chinese Embassy in Canberra warned of “further damage to bilateral relations” and said, “this is another unreasonable and provocative move taken by the Australian side against China. The decision further shows that the Australian government has no sincerity in improving China-Australia relations.”

The political and trade conflict between the two major trading partners has crossed the one-year milestone. Australia-China relations plummeted to new lows, as Australia became much more sensitive to its trading links with China, despite its economy is highly dependent on the latter. China receives around 40% of Australia’s exports.

Australian imports have encountered difficulties entering China as the country has slapped tariffs on more than a dozen Australian industries. Most recently, China announced to imposes tariffs of up to 218% on Australian wine for 5 years.

Australia’s repeated concerns about human rights abuses in China also aggravate relations. Australia is part of the so-called “Five Eyes” – an alliance of the US, UK, Australia, Canada and New Zealand. They have condemned China for economic coercion, human rights abuses and foreign interference.

Australia was also the first country to ban controversial telecom giant Huawei from the 5G network amid fears over Chinese tech companies and also tightened foreign investment laws for corporations. The country has also called for an independent probe on China over the origins of the coronavirus pandemic and expressed its “serious concern” over new laws in Hong Kong.

However, Fitch Ratings said Australia-China trade tensions have not had a material impact on Australia’s economy over the past year, due in large part to China’s high demand for iron ore and consequent surge in prices. Australia’s sovereign credit rating is unlikely to be affected by the trade tensions with China, Fitch added, at least for now. 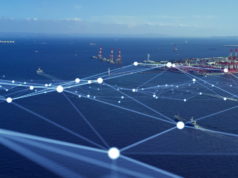