Australia is the 13th largest economy in the world in terms of nominal gross domestic product (GDP) in 2020 with $1.33 tn, but is projected to climb to 12th position in 2021. It also placed 18th globally based on purchasing power parity (PPP)-adjusted GDP.

The country holds the record for the longest uninterrupted GDP growth of almost 30 years, which ended when it fell into recession in the second quarter of 2020, due to the Covid-19 pandemic.

Australia’s population is around 25.7 million, and 89% of its people can be found in many urban areas. Over 7.5 million migrants are living in the country, and more than a third of its annual population growth is due to net overseas migration.

IMF economic counselor Gita Gopinath attributed the upgrade to the government fiscal policies and interventions. She said that the overall impact of the pandemic was significantly reduced by extraordinary policy support of governments and central banks.

Unemployment in the country is also forecast to fall to 6% this year before further decreasing to 5.5% in 2022.

The Australian dollar or AUD is the official currency of Australia and its external territories, namely Christmas Island, Cocos (Keeling) Islands, and Norfolk Island. People use the dollar sign ($) within the country but add an A or AU before distinguishing it from other dollar-denominated currencies.

The AUD is the fifth most traded currency globally, behind the US dollar, euro, Japanese yen, and UK pound sterling.

Australia’s economy is dominated by its service sector, which contributed 66.1% to the GDP and employed 77.7% of its workforce. Business and financial services from Australia exhibited the most significant growth in the industry. This makes Australia the sixth largest pool of managed fund assets globally.

Australia is traditionally an importer of finished goods. Despite being relatively smaller in size, its industrial sector has been characterized by high productivity levels. Around 75% of the industries found in the country have above global average productivity ratings.

The industry sector comprises 25.2% of the GDP and employs 19.8% of the labor force as of 2020. Food, machinery and equipment, metal processing and metal goods, chemical and petrochemical, and building materials production are among the top industries in Australia.

Australia’s agriculture sector only contributes to 2.1% of the GDP and provides jobs to 2.5% of the workforce.

However, Australia’s agricultural and mining sectors are the most critical for exports. Iron exports, comprising 24% of the country’s total annual exports. In addition to this, Australia is also one of the leading exporters of wool, meat, wheat and cotton in the world.

On the other hand, Australia is the 23rd biggest importer globally and its top import products include refined petroleum, cars, crude petroleum, broadcasting equipment, and delivery trucks. Its main import partners include China, the US, Japan, Germany, and Thailand.

Australia went up by one spot in the Heritage Foundation’s Index of Economic Freedom from the 4th freest in 2020 to 3rd in 2021, but its overall score declined by 0.2 points from 82.6 to 82.4. The country has been in the “Free” category for the past 15 years.

In the World Bank’s 2020 Ease of Doing Business 2020, the country rose by four places from 18th to 14th. Australia economy has increased its overall score from 80.7 to 81.2, ranking 9th among countries in the OECD high-income region.

Australia’s primary securities exchange is the Australian Securities Exchange or ASX, which is the 16th largest in the world in terms of market capitalization. The ASX was formed following the merger of the Australian Stock Exchange and the Sydney Futures Exchange in July 2006.

Maintained by Standard & Poor’s, the market-capitalization weighted and float-adjusted S&P/ASX 200 index is considered the benchmark of the ASX. The largest companies that make up the index include the healthcare firm CSL Ltd., Commonwealth Bank of Australia, and BHP Group Ltd, a leading global resources company.

The RBA has decided to retain the April 2024 bond under its three-year yield target of 0.1% and will continue to purchase government bonds beyond the September deadline at a pace of $2.9 bn weekly.

According to RBA Governor Philip Lowe, the measure was aimed at providing continued monetary support to the economy to help it transition from recovery to expansion.

A key issue in the Australian real property market is affordability. House prices, which were four times the average household income in 1990, jumped to six times by 2011. This was due to high levels of immigration and the tendency of new immigrants to stay in capital cities.

Moreover, the government’s decision to loosen rules for foreign investment in real property in 2008 contributed to the affordability problem. In Australia, foreigners are allowed to buy residential properties, subject to the approval of the Foreign Investment Review Board (FIRB). 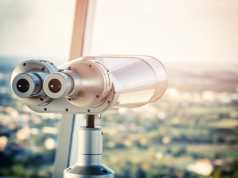