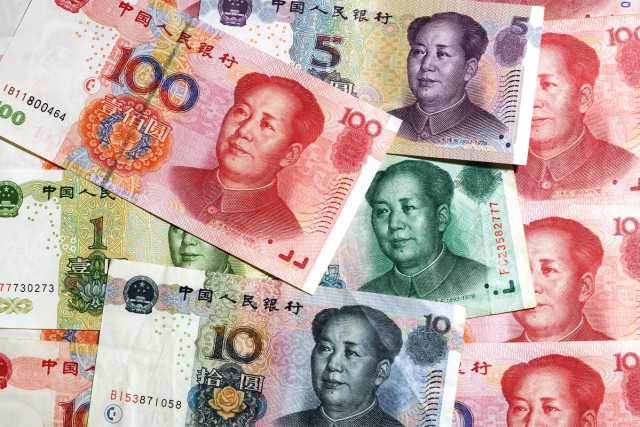 China’s growth prospects have turned the renminbi into an attractive currency, with central banks worldwide betting on increasing their holdings. Despite the differences between Western governments and China, increasing adoption of the Chinese renminbi currency as a reserve asset will almost certainly be a global trend, new data suggests.

The internationalization of China’s currency, the renminbi (RMB) has now got analysts thinking about whether it will be a rival to the US dollar.

The 2021 Global Public Investor report by the independend Official Monetary and Financial Institutions Forum (OMFIF) surveying 102 central banks showed that 30% of respondents plan to boost investment in the Chinese renminbi currency over the upcoming 12-24 months, far higher than last year’s figure of 10%.

In addition, the research found that demand for renminbi was particularly strong from African central banks, as they aim to increase their reserves by 50% over the next 12-24 months period.

On the other side, respondents turned relatively more bearish on the euro and the dollar, with plans to reduce their holdings by 16% and 18%, respectively. The London-based central banking think tank also stated that the proportion of central banks that plan to increase their exposure to renminbi is 70%, over the longer term.

As per the report, the recent interest for the renminbi holdings by central banks has accelerated during the Covid-19 crisis. The enthusiasm is backed by the continued growth in the renminbi value and stability during troubled times. The rising interest by central banks can help accelerate the rise of the currency further, with respondents indicating a far greater appetite for the Chinese currency than in previous years.

Central banks are already holding record levels of reserves of the renminbi, leading the currency on its course to become a much more influential part of the global economy.

As per the latest figures by the International Monetary Fund (IMF), various central banks held $287.46 bn worth of renminbi in official foreign exchange reserves in the first quarter this year, up from a total of $267 bn in 2020. This was a rise of 2.45% in Q1 2021 from 2.2% in the previous three months, as per IMF data.

Furthermore, a substantial increase in the volume of renminbi-denominated claims in the IMF’s Currency Composition of Official Foreign Exchange Reserves (COFER) database has shown the widespread adoption of renminbi as a global reserve currency. The volume of renminbi in COFER has increased for nine consecutive quarters.

According to a group of panelists from the roundtable of Central Banking’s Summer Meetings, renminbi’s inclusion in IMF’s Special Drawing Rights (SDR) – a group of the world’s largest globally traded currencies – has induced automatic renminbi allocation in reserves and thus buoyed its worldwide acceptance.

The recent rally has taken the renminbi to its strongest level against the US dollar and many other currencies. Renminbi offers a yield advantage of 2.25% to 2.75% relative to the euro, pound, and US dollar, according to Brad Gibson, Co-Head of Asia Pacific Fixed Income at AllianceBernstein.

The Chinese currency’s strength and stability have remained a core policy focus for the government for a few years now. To provide another alternative to the US dollar, Chinese authorities have been systematically improving the renminbi’s status as an international currency. This includes tightening credit conditions during the first half of the year, and opening up the domestic bond market, leading to higher investments by global central banks in Chinese government bonds. The country’s inclusion in global bond indices is also growing, lending further support to the renminbi through the capital markets.

“If China’s economy can sustain medium- to high-speed growth, and the financial market’s liquidity and resilience could be strengthened, without any systemic financial crisis, then the renminbi may become the third-largest international currency by 2035,” Zhang Ming, deputy head of the Institute of Finance and Banking at the Chinese Academy of Social Sciences told China Daily.

People’s Bank of China (PBOC) has taken steps to moderate the renminbi’s two-way fluctuations, either appreciation or depreciation. PBoC has recently reduced the required reserve ratio (RRR) for banks, which will release about $154 tn of liquidity. It is also ahead in laying down plans for the digital yuan trials, which racked up $5.34 bn in transactions by the end of June.

As per Gibson, the Chinese currency offers diversification opportunities to investors. “Stability has been one of the currency’s key characteristics for many years, particularly during periods of global market volatility, including the 2008 financial crisis, 2012 European debt crisis and 2020 Covid-19 pandemic,” Gibson said.

“We believe investors – whether they have RMB exposure or are thinking of acquiring some – should consider taking a positive, long-term view of the opportunity,” he added.