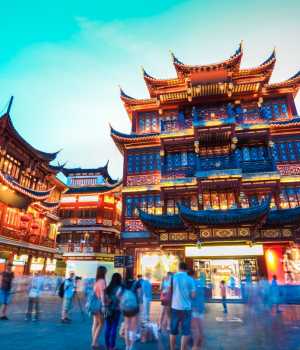 Money market funds (MMFs) have been a major part of China’s mutual fund growth. The largest fund type in China, MMFs account for around half of Chinese mutual fund assets. China was the second-largest MMF market in the world at end June-2020, with assets under management of CNY7.6 trillion (USD1.2 trillion), compared with assets of USD4.4 trillion in the US. The US, however, has a much lower relative share of fund assets in MMFs, at around 20% of the total.

MMFs tend to be less affected by market movements in periods of market stress than, for example, equity funds, and can even have inflows in such periods as a result of heightened risk aversion. As a result, the existing high allocation to MMFs in China, compared with other markets, supported the high overall retention of fund assets in China in the first quarter of 2020.

The largest MMF in China, Yu’e Bao, has grown very rapidly, driving growth of the overall sector. Yu’e Bao had assets under management of CNY1.2 trillion (USD173 billion) at end-June 2020, making it one of the ten largest MMFs worldwide – the other nine are US funds investing in government debt. Yu’e Bao’s growth has been driven by its distribution channel – it functions almost like a cash utility, through the Alipay online payment platform.

Electronic distribution is strong in China

The strong electronic distribution channel in China is different to other markets, where direct or intermediated distribution tends to dominate fund distribution. Recently regulatory intervention has resulted in a dispersion of Yu’e Bao’s assets to other MMFs on the Yu’e Bao platform, resulting in the fund losing its place as the world’s largest MMF – a position occupied by a Goldman Sachs US government fund as of June 2020.

Overall, Fitch expects the combination of increasing household wealth and population ageing to drive sustained longer-term growth in Chinese mutual fund assets. The penetration rate of mutual fund holdings as a share of savings is fairly low in China. This presents both a challenge and an opportunity to investment managers: the challenge being getting retail investors to accept third-person investment management, and the opportunity being the potential for material asset growth.

International investment managers’ ability to access the Chinese domestic market has been limited. In terms of asset raising, the managers could enter only into joint ventures with domestic entities – on the asset-investing side they could only access the Chinese market through the Qualified Foreign Institutional Investor (QFII) or Renminbi Qualified Foreign Institutional Investor (RQFII) programmes, or, more recently, through the “Connect” programmes.

China’s financial market is opening up

Both the QFII and RQFII quota restrictions were removed in May 2020 by regulators in an effort to accelerate the liberalisation of the Chinese financial market. The Connect programmes also have high demand, and have expanded over the years to include different cities – such as Shanghai, Shenzhen and Hong Kong – and asset classes – such as stocks, bonds and interbank bonds.

The 51% cap on foreign ownership of investment firms was removed in April 2020. Since then, three international investment managers have applied for onshore licenses, while a fourth was in the process of buying out its joint venture partner. While no full licenses have yet been granted, the application case of one investment manager, BlackRock, was accepted on 31 July 2020, bringing BlackRock a step closer to being granted a full license. Among China’s 128 mutual-fund houses, 44 were joint ventures as of end-1Q20, and these accounted for 54% of total mutual-fund assets. 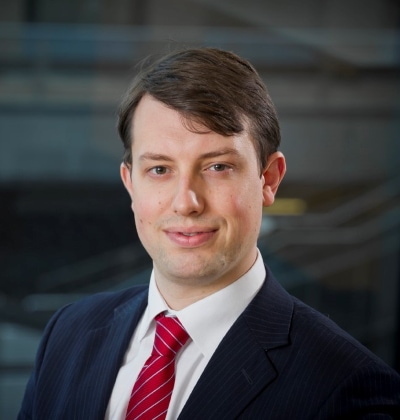 Alastair Sewell is a senior director and regional head of Fitch Ratings’ Fund and Asset Manager Group for EMEA and APAC. In this role he is ultimately responsible for all of Fitch’s fund and asset management rating activities across these regions, covering all asset classes. He also drives Fitch’s asset management research agenda and is a frequent commentator on topical industry trends and developments.