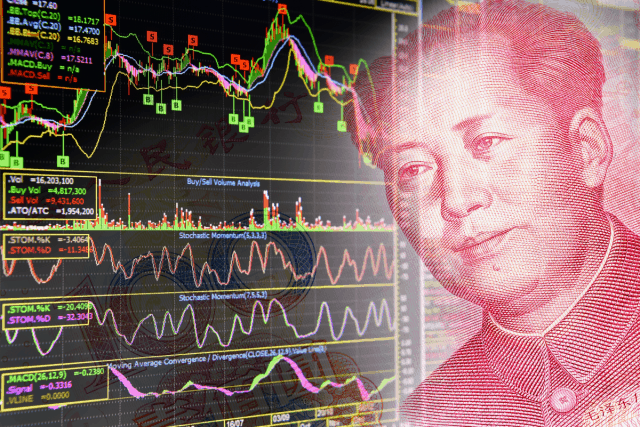 Index provider MSCI has quadrupled the weighting of Chinese equities in its global benchmarks over the course of this year. According to MSCI, this decision could bring more than $80 billion in new foreign inflows into the world’s second largest economy.

The weighting increase announced on Thursday is likely to be a milestone in Beijing’s efforts to internationalize the yuan.

MSCI also said that Chinese mid-cap equities will be added to the emerging market benchmark in November. This will significantly increase the number of Chinese equities.

China’s inclusion in the MSCI indices in 2018 was well-received by global investors. It also stimulated interest in greater exposure to the Chinese equity market, according to MSCI Managing Director Remy Briand.

The decision was largely expected. The admission is a success for Beijing. The country had intensified its efforts to promote foreign investment in the face of a weakening economy and ongoing trade rivalries with the United States.

A decision that should help China stocks

The inclusion should, above all, improve investor sentiment and ensure long-term capital flows to China. MSCI is also assisting President Xi Jinping’s ambitions to make the renminbi a global reserve currency.

The index provider will gradually increase the inclusion of Chinese large-cap shares. Three phases, from 5% to 20%, are planned for May, August, and November.

After completion of the three-stage implementation, the weighting of Chinese equities in the MSCI Emerging Market Index will rise from around 0.7% to 3.3%. The index will then list 253 large-cap and 168 mid-cap China A shares.

Future increases in the weight of Chinese equities will depend on whether China further improves market access for foreign investors.

MSCI’s announcement could give the Chinese stock market a boost. The market has already risen by around 20% in 2019. Positive expectations that Beijing and Washington will soon settle their trade dispute contributed to this rise.

Fang Xinghai, deputy head of the Chinese Securities and Exchange Commission, expects foreign capital inflows into Chinese equities to double this year. This would bring them to around Yuan 600 billion or $89.76 billion.

The MSCI Emerging Markets is a leading index tracked by global funds with a volume of almost $2 trillion. The changes are expected to result in significant inflows into Chinese A equities.

For example, index-related funds must now hold a larger proportion of Chinese equities in their portfolios in order to take the higher weighting into account. Experts expect foreign inflows to rise from $45 billion last year, to as much as $100 billion.