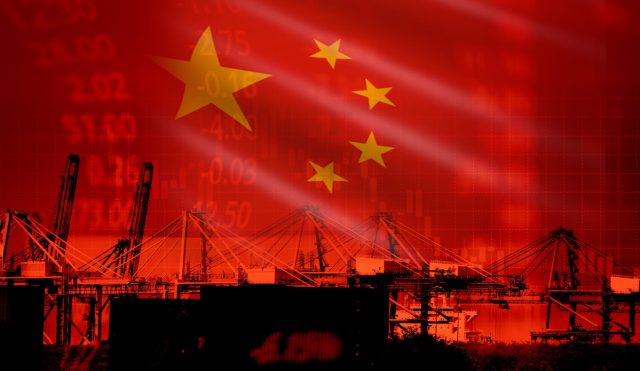 The new carbon emission protocols in China have triggered not only the country’s manufacturing sector but also had a spillover impact on the prices of the commodity market, globally. This has shown how dependent the markets are on China – a crucial source of supply and demand for raw materials.

The energy crunch is spreading across sectors of the world’s raw material hub, hitting both supply and demand ends over the past few months.

“On one hand, metals producers (mostly aluminium smelters and steel mills) in a number of regions have been ordered to halt production altogether, to reduce the pressure on the power grid. This has led to an actual decline in physical metals production since June, coupled with speculation of significant metals supply shortages,” Fitch Ratings said.

According to Fitch Ratings, the global commodity prices over 2021 will be higher than in 2020, on average. The rating agency last month said that China’s high-frequency indicators like manufacturing PMI’s and industrial production figures depict an incipient demand slowdown from steel end-users. It added that “an ongoing outbreak of the Delta variant of Covid-19 in China should further slow stainless steel production growth in Q421”.

The country is the world’s largest consumer and producer of industrial metals and coal, making up over 50% of the global demand. Therefore, the electricity crunch has hit the energy-intensive industries hard.

Production of many industrial metals, especially the so-called “green” metals (that are of great importance for the transition to electromobility), such as copper, nickel, aluminium, lithium or cobalt, have been severely affected. According to Goldman Sachs Group, aluminium prices have rallied to their highest level since 2008 this month and could breach their historical high of $3,271/tonne in the coming days.

On the other side, Iron ore prices have fallen over 50% from its all-time high of $230, hit in May 2021. China’s environmental policy action aiming for carbon neutrality has led to increased restrictions on steel output targets, which has led prices for iron ore to decline significantly. However, Chinese steel prices have edged higher despite falling iron ore prices, Fitch Solutions said.

Furthermore, Nickel prices also rose to the highest level since 2014 last month. Fitch Solutions in another note has raised the average price forecast for nickel this year from $16,500 a tonne to $17,500, adding that “refined nickel prices should weaken over the latter part of 2021 and in first quarter next year as the acute market tightness that developed during recent quarters eases”.

According to Mark Richards, Strategist Multi-Asset, at Jupiter Asset Management, high commodity prices are here to stay, particular in gas, coal and oil. “Commodity prices and energy are the big spanners in the works at the moment. Coal inventories in China are at a record low, and relative to output are at about 10%-20% of a normal mid-cycle level.”

How to cool rises in raw material costs?

Soaring prices for commodities has also increased costs for downstream manufacturers, pressuring smaller firms to take a cautious attitude. “We expect that China’s downstream producers will, in the aggregate, be forced to absorb much of the impact of higher raw material and manufacturing costs,” Fitch Ratings said in its report later.

However, Chinese media has reported that the State Council has called for measures to prevent commodity price increases from being passed on to consumers. In addition to that, Chinese authorities have also signalled that they will crack down on market irregularities in the commodity sector. This may help to cool rises in raw material costs in China, Fitch Ratings added.

The rising commodity prices also risk China’s economic growth, especially as it recovers from the Covid-19 pandemic. Gross domestic product (GDP) rose 4.9% quarter-on-quarter in the July-September period, the slowest pace in a year, according to China’s state statistics bureau. Analysts polled by Reuters had expected an increase of 5.2%.

Industrial production in the People’s Republic also fell short of experts’ expectations, rising by 3.1% year-on-year in September. Experts had forecast an increase of 4.5%.