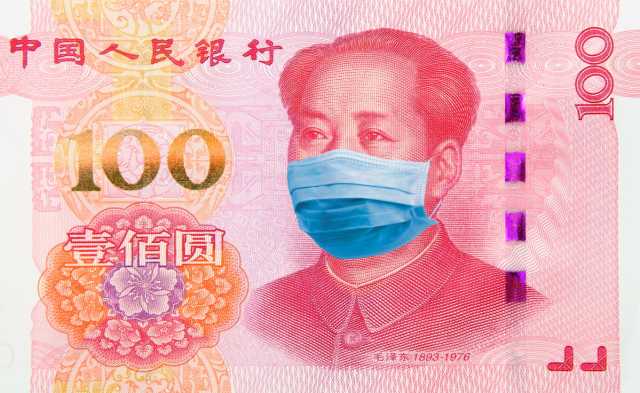 The new coronavirus outbreak is expected to hit the global economy worse than SARS. At the moment, much of the economic damage stems from efforts to contain the coronavirus, fear of it spreading, and uncertainty. Immediate affects are resounding in aviation and tourism, healthcare of course, and also the markets have reacted. Many retailers, schools and universities in China are closed. What is more, China’s manufacturing industry is also grinding to a halt in hard hit areas. Other manufacturers are seeing their wage costs soar as people stay home and the availability of workers in China falls.

A greater impact than SARS

The SARS outbreak, in 2003, struck an estimated 1% from China’s growth rate, as per Foreign Policy magazine. The general opinion is that the novel coronavirus will have a greater impact than SARS. China’s economy is larger, but it is also more susceptible after a move towards services and meeting its own domestic demand. After SARS China’s manufacturing growth led a rebound and recovery for the economy which might be hard to repeat. And, China’s GDP growth was already at its lowest for nearly 30 years last year, after domestic demand weakened and the US-China trade war squeezed.

Alicia García-Herrero, chief economist for the Asia-Pacific region at French investment bank Natixis, says, “the coronavirus is hitting a weaker economy than was the case with SARS.” She predicts a “rapid deceleration” in growth for the first quarter of 2020, followed by “gradual stabilization for the rest of the year.”

Data analysis firm IHS Markit predicts that China now accounts for 16.3% of the world’s GDP. “Therefore, any slowdown in the Chinese economy sends not ripples but waves across the globe.” In 2003, China accounted for 4.2% of the global economy, the analysts added.

China’s Purchasing Managers’ Index (PMI), a metric for manufacturing performance, declined from 50.2 points in December 2019 to 50 points in January. The 50-point mark is the neutral point between growth and contraction. Some experts believe given the spread of the coronavirus that this is too optimistic.

Raymond Yeung, Chief Economist for Greater China at Australia and New Zealand Banking Group, told Reuters the PMI update should be disregarded. Yeung says, “the figure certainly overrates the economic outlook as it does not reflect the interruption due to the outbreak.” The non-manufacturing PMI, reflecting the service sector, was up by 0.6 points. Chief China Economist at Nomura, Ting Lu, says the company expects, “a big plunge of both manufacturing and service PMIs in February and March due to the coronavirus outbreak.”

Retailers like Ikea and Starbucks have already closed their Chinese outlets. Over 40 commercial airlines have cut flights into the country. And, as per the BBC and a Guangdong-based factory, buyers may become reluctant to purchase goods from China.

Hubei province, of which Wuhan is capital and where the coronavirus first occured in December, is a key transportation hub. Nikkei Asia says economic activity in the region is just over 4% of China’s economy. Factories in Wuhan have told employees to stay at home, including smartphone maker Xiaomi. Though due to local government support producers of steel, chemicals, and some semiconductor facilities are still operational.

A semiconductor industry source told Nikkei “quality control managers from client companies are unable to come to inspect the product, so full-scale production cannot move forward.” A similar scenario was express by a Nikkei source within a self-driver vehicle maker in the region. The source said, “as long as safety tests are on hold, preparations for commercial service cannot go ahead.”

As an example of the outward effect from China, Hyundai in South Korea has suspended car production due to difficulties obtaining parts from its facility in China.

Automotive factories in Hubei made 2.42 million vehicles in 2018, around 10% of China’s vehicle output. The are 500 car parts makers in Wuhan itself. A worker at Dongfeng Motor Group says even if the factory was open, normal production would be impacted by the parts supply chain. F-Tech, affiliated with Honda, has moved production of brake pedals to the Philippines. Gasgoo Auto Research Institute predicts the sale of passenger cars in 2020 will fall by between 3% and 6% because of the coronavirus.

China’s growth will be affected by the Coronavirus, but experts are optimistic long term

Frank Häusler, Chief Strategist at Vontobel Asset Management, speculates that if the outbreak peaks later in the first quarter than previously thought, China’s GDP for 2020 could fall by about 40 basis points. Häusler also advises emerging market investors to remain calm, as economic conditions will return to normal in the long term.

Ben Sheehan, Senior Investment Specialist at Aberdeen Standard Investments in Hong Kong, does not expect the effects to be prolonged. “Although the coronavirus dampens near-term consumer spending prospects.” Experiences from SARS or Human Swine Influenza suggested the economic impact of infectious diseases tends to last one to two quarters.

He adds, “we think China’s GDP growth will be considerably weaker in the first quarter. But we also expect it to bounce back over the course of 2020, largely making up for the short-fall in activity.”