If the statistics are correct, India is doing relatively well to manage the coronavirus crisis. Although it reacted much later than most other Asian nations, especially those that like India border China. Prime Minister Narendra Modi ordered shutdowns only on March 25. And so far the country of 1.3 billion people has only recorded 718 deaths.

Recent economic forecasts also suggest the Indian economy could recover better than some over major Asian economies, though even the most optimistic of estimates find that India’s growth will be the slowest this year for decades. The IMF recently forecast economic growth of 1.9 percent for this fiscal year, while Goldman Sachs says by 1.6 percent. According to the World Bank, it will be between 1.5 percent and 2.8 percent.

However, there have been questions raised about the accuracy of India’s figures. Channel News Asia recently noted that there have been surprising drops in overall death statistics, not just for Covid-19, in several cities.

Central Mumbai saw deaths fall by 21 per cent in March compared with the same month of 2019. In Ahmedabad, the biggest city in Prime Minister Modi’s home state of Gujarat, overall deaths fell by 67 percent over the same period.

According to the Ministry of Health, there are more than 35,000 confirmed COVID-19 cases to date, which is remarkably low compared to other countries. After all, India has a population of more than 1.3 billion.

Nationwide shutdowns were initially valid until 3 May, but have now been extended for another two weeks. Certain industries have been allowed to restart. These are mainly within the agriculture, manufacturing and construction sectors, the lifelines for India’s poorest workers, and also the chief contributors to GDP.

As in other countries, experts contend that infection is less likely amongst workers working outdoors, like in construction and farming. Manufacturing industries can restart with limited risks of infection if social distancing measures are taken.

However, because of the shutdown, difficulty in crossing provincial borders and the closure of many transport routes many workers have been unable to return to work, even in companies that have partially reopened. Smaller firms say they are also concerned about re-opening as many do not have the means to put in place complex social distancing measures. Others are fearful of financial or legal retaliation if their workers contract the virus once they’ve returned to work.

But the major problem is the slump of the global economy, with the IMF projecting a 3 percent contraction this year in the world economy. Many manufacturers are hesitant about re-opening without orders, either domestic or foreign, and as international supply chains remain rusted over.

The big question for Delhi is whether it should force a nationwide re-opening of the economy, at the risk that this prompts an even worse second or third wave of coronavirus cases – as has been the case in other Asia states like Singapore and Hong Kong that had competently dealt with the first wave – or extend shutdowns for another month or two.

In March the Finance Ministry set aside $ 23 billion in relief efforts, such as providing free health insurance, cash transfers to households, and some social security measures for affected workers.

Concerns have been raised, though, about whether the necessary money is getting through to India’s millions of informal workers and homeless, who are not on the government’s databases. Tax, customs and other state regulation of businesses have also been altered to keep as many firms solvent during this crisis. The Finance Ministry said in mid-April that more government fiscal relief will be made available in the coming months. 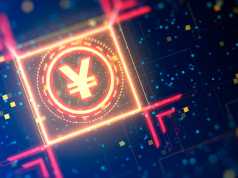