Japan is feeling the full impact of the coronavirus. According to new research by credit research specialist Tokyo Shoko Research published on Friday, 56 Japanese companies will downgrade their earnings forecast or expect a significant slowdown in sales. The research further found that nearly 200 companies are expected to follow.

The coronavirus outbreak hit inbound tourism especially hard. Over 9 million Chinese visited Japan last year. And over 30% of all spending by foreign visitors comes from the Chinese, according to Japanese government data. The Japan Association of Travel Agents estimates that by the end of March, about 400,000 Chinese visitors are expected to cancel trips to Japan.

Overall Japan is registering declining tourist numbers. As per latest data by the Japan National Tourism Organization (JNTO), 2.66 million people visited the country in January. This is a decline of 1.1% compared to the same month last year, and marks a decline fourth months in a row.

China is a leading trading nation worldwide. As such, outfalls in China threaten global supply chains. Japanese carmaker Nissan for example, had to temporarily shut one of its Japanese factories due to supply shortages of parts from China.

The carmaker was already suffering: Operating profits fell to $495 million in the last quarter of 2019. This represents a drop of 83% compared to the same period the previous year. The coronavirus is expected to impact Nissan’s business further as the car industry in general is particularly exposed to the outbreak. Automotive factories in Hubei region, the epicentre of the outbreak, accounted for around 10% of China’s vehicle output in 2018. There are 500 car parts makers in Wuhan itself.

Honda Motor has three plants in Wuhan with a total capacity of 600.000 units. All have been closed for several weeks now at the request of local authorities. Toyota and Mazda have also shut down plants in the region.

Many industries are worried about the growing impact of coronavirus. Japan’s economy has already shrunk in the last quarter of 2019 at the fastest pace in almost six years. This development was mainly due to the sales tax hike that hit consumer and business spending. Fears are growing that the coronavirus outbreak will push Japan into a recession. A Bloomberg survey found that 9 out of 14 economists expect the economy to shrink further in the first quarter of 2020, with an annualized median GDP decline of 0.25%. 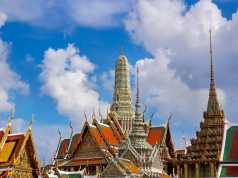 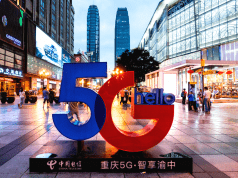 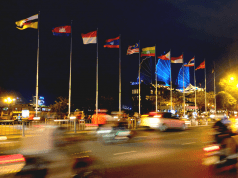