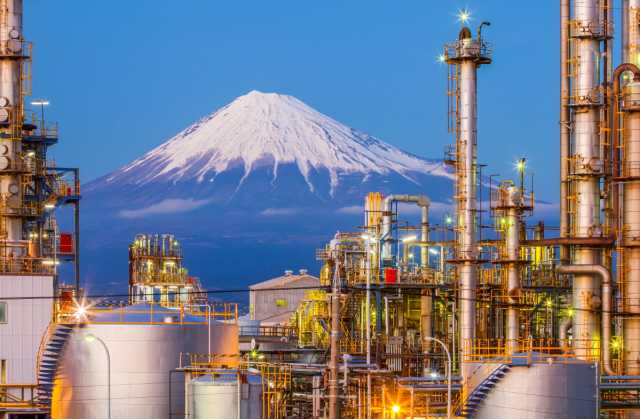 Japan has called on domestic companies to manufacture domestically or look towards Southeast Asia, in an effort to radically shake up its supply chain and future-proof its economy.

The world’s third largest economy, behind the U.S. and China, wants to “reduce economic security risks across the board”. But the billion-dollar incentive programmes are not aimed solely at loosening China’s grip on current vital supply lines, according to a government spokesman.

Domestic firms are lining up to take advantage of the latest subsidies – at the latest count 1.600 enterprises had applied for $2.3bn in grants and the schemes are heavily oversubscribed.

Some of the companies already making at home do 30 per cent of their business in China, raising concerns that China will see the new domestic policy from Tokyo as a threat and react accordingly.

“Export driven firms account for nearly a quarter of total employment” in China, according to a recent country report by the Organisation for Economic Cooperation and Development (OECD)

A new cabinet office has been created with swingeing powers to ensure that Japan is better prepared in future to tackle any global pandemic. When Covid-19 struck at the start of 2020, the country found itself facing shortages as China commandeered domestically made supplies and choked all normal export supply routes.

Suga’s new administration is also reaching out to India, Australia, Thailand and other south-east Asian countries. The labour rates in China have been escalating in recent years, making the other countries a much more attractive proposition for manufacturing.

The new PM just wrapped up his first overseas trip that took him to Vietnam and Indonesia to bolster ties with ASEAN partners.

“The ASEAN nations are extremely important partners for Japan to realise a Free and Open Indo-Pacific,” Suga told reporters before departing from Tokyo’s Haneda Airport.

“I want to demonstrate Japan’s determination to contribute to the region’s peace and prosperity, both at home and abroad,” he added.

Free and Open Indo-Pacific (FOIP), a foreign policy initiative promoted in 2016 by Shinzo Abe, is aimed at expanding Japan’s cooperation with countries that share common values, such as the rule of law and freedom of navigation.

Under the subsidy scheme, the government will cover up to half the cost of investments within the Association of Southeast Asian Nations for large companies and as much as two-thirds for smaller businesses. These subsidies are specific to products manufactured in specific countries.

Southeast Asia is appealing to manufacturers thanks in large part to the savings to be made, with average annual wages for manufacturing workers at $5,956 in Indonesia and $4,041 in Vietnam. In China, which has seen unprecedented growth in recent years, the equivalent annual wage is almost $10,000, according to the Japan External Trade Organisation.

Suga had previously stressed on the fact that over-reliance on the supply chain of certain countries needed to be reassessed as several automobile manufacturers were forced to shutter factories as they could not source parts from China in the early days of the Covid-19 outbreak.

Vietnam is a popular choice for Japanese firms. Half of the Japanese firms that took advantage of the $223.28 million government scheme to diversify supply chains in Southeast Asia targeted Vietnam, which has aggressively courted Japanese investment.

For Indonesia, Japan has been the largest donor country since 1960. Aid from Japan has accounted for 45 percent of Indonesia’s total foreign development assistance.

Japan’s first supplementary budget for 2020 allocated 23.5 billion yen ($223 million) to help firms move production to Southeast Asia. The government approved 30 projects in the first round of applications, as of end-June.

The latest programme is less well known than a similar but much larger initiative to promote manufacturing at home. 57 projects out of 1.700 proposals received, worth $544 million have been approved so far. The budget of the initiative was $2 billion.

Businesses already earmarked for subsidies include manufacturers of essential items like medical gowns and car engine parts. At least half of these enterprises plan to set up in Vietnam.

The subsidy programme applies to the production of goods that are important to public health or are manufactured largely in a few specific countries. Many of the previously green-lit projects involved the manufacture of medical products and masks.