Japanese retailers Uniqlo and Muji are defying the downward path of their global counterparts. Amid retail bankruptcies and store closures especially in the US, these big japanese lifestyle brands expect record profit in 2021 as Asia experiences an online shopping boom.

Fast Retailing’s Uniqlo and Ryohin Keikaku’s Muji are attracting shoppers who are forced to stay home amid lockdowns and choose to spend their money on affordable clothing during these times.

China is also considered a key driver in these brands’ recovery as retail sales in the country grew for the first time in August since the coronavirus pandemic started.

Uniqlo, Muji: A change of strategy

Although Fast Retailing’s revenue in China, Taiwan, and Hong Kong dropped by 9.3% in the financial year ending in August, its online sales in China were actually up by almost 20% compared to the same period last year. Fast Retailing also recorded a 70% surge in online sales in Singapore, Malaysia, Thailand, and Australia.

Tadashi Yanai, chairman, president and chief executive officer of Fast Retailing, considers the coronavirus crisis as a turning point since “the real engine of global growth is shifting to Asia.”

At a press conference in October he emphasized the role consumers play in how businesses cope with the economic impact of the pandemic. “As time changes, lifestyle changes so do customer demands. In order to face the current situation, we must change. We work on digital transformation in order to immediately reflect changes in customer demands and to create products,” he said.

Fast Retailing expects its net profit to increase by 82% year-on-year to a record high of $1.57 billion in the financial year ending in August 2021, slightly higher than the previous all-time high of $1.54 billion in the 2018-19 fiscal year. This is despite a 44% decline in net profit it recorded for the recently concluded fiscal year. Uniqlo plans to operate 3,000 stores in China, where it currently is present in 780 locations.

Meanwhile, Japanese retailer Ryohin Keikaku will focus on its domestic market in Japan as well as China, Taiwan and Thailand following the bankruptcy filing of its US subsidiary in July with $64 million in liabilities. However, the Muji owner forecasts its worldwide operating profit to grow by nearly threefold to $470 million, as opposed to a market consensus of $296 million. The Japanese retailer also expects its online sales in Japan to surge by 60% year-over-year.

Muji is furthermore tapping into trends by responding to the increasing demand for vegan food and is now selling plant-based meat products across its online and physical stores. According to market research firm Zion, the plant-based meat industry could hit $21 billion by as soon as 2025.

Probably the biggest competition for the Japanese retailers Uniqlo and Muji comes from China and is called Miniso. It is one of China’s largest discount variety chain operators. Ironically Miniso is Japanese-inspired which at the same time is cause for critizism.

Miniso caters to shoppers who are hunting for wallet-friendly items, such as stationery, toys, cosmetics, and sweets. With 8,000 items in 11 categories, Miniso stores sell their products for as low as $1.50. These include 800-piece boxes of cotton swabs, a 500ml bottle of hand soap, or a set of five clothes hangers.

After going public October 15, 2020, on the New York Stock Exchange, Miniso was able to raise $600 million, placing its market capitalization at approximately $7 billion as of October 19.

The first Miniso store opened in Guangzhou in 2013, and by August 2018, the company already had more than 1,000 outlets outside China. It currently has over 4,200 stores in more than 80 countries.

In China, about 95% of the items sold at Miniso outlets are priced under $7.50. The retailer also has a product development policy that requires it to launch 100 new items chosen from 10,000 ideas every week. Additionally, the company has been partnering with global brands since 2019 and it currently has 17 partners, including Disney and Hello Kitty.

The constant introduction of new products and character goods has shaped Miniso’s buyer demographic. In China, 60% of its shoppers are below 30 years old.

However, comparing the revenue figures, Miniso is not yet where its role models are. In 2019, the company’s revenue reached $1.4 billion, compared to $17.85 billion for Uniqlo and $4.17 billion for Muji. Miniso recorded a loss of $44 million last year.

That said, it should also be noted that Miniso has only been on the market for 7 years – Uniqlo for 71 years and Muji for 39 years. 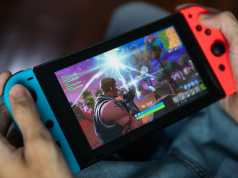