Home Asian Economies Philippine economy on the rise – coronavirus aside

PwC predicts that the Philippines will become the 12th to 14th richest economy in the world by 2060 whilst other estimates are a little more modest at 16th richest by 2050.

The Philippines have registered stable growth over recent years. In 2018 the Philippine economy grew by 6.2% putting it amidst the strongest performing economies in the East Asia and Pacific region. In 2019, the Philippines registered a growth of 6% – hitting the government’s target. 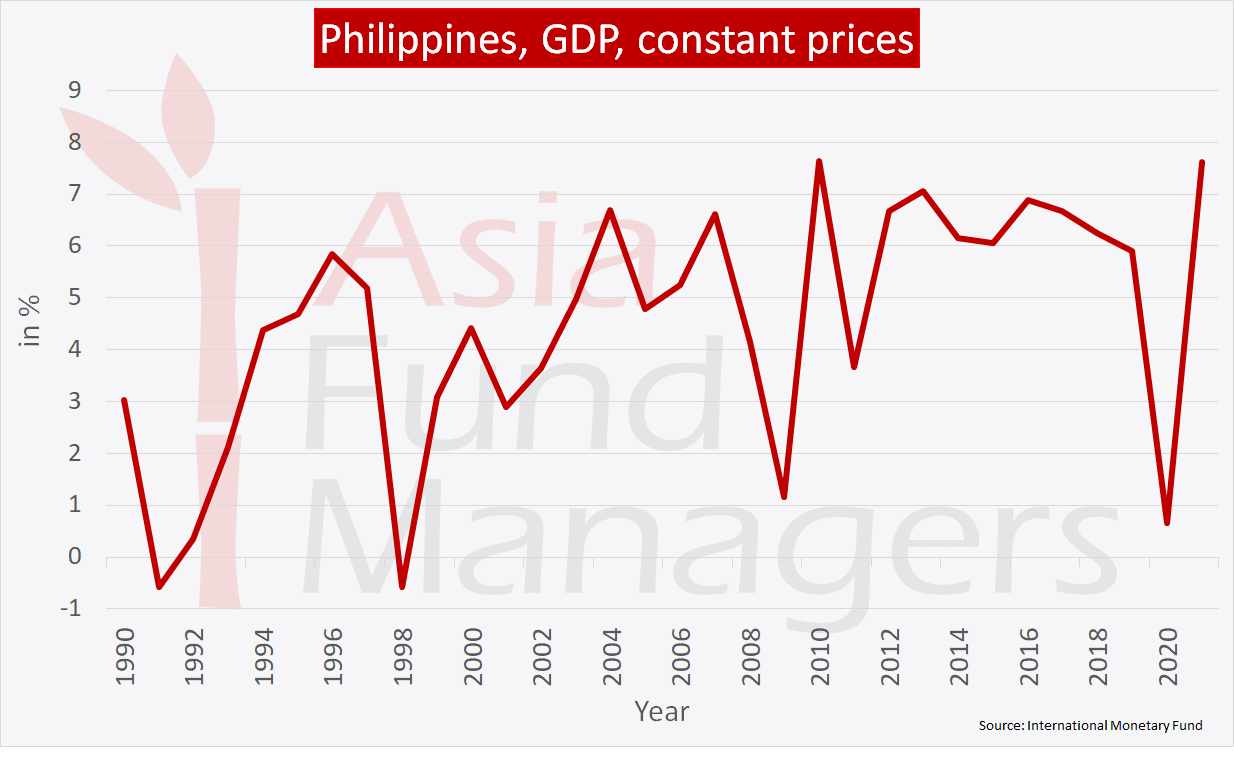 However, the economic toll from the coronavirus pandemic does not stop before the Philippine economy. The International Monetary Fund (IMF) expects Philippines’ economic growth at a dismal 0.6 percent this year, but also a strong recovery in 2021, with a growth rate of 7.6%.

The Philippines faces constraints from income and growth inequalities across the country’s regions and between its socioeconomic classes. It also must continue to fight corruption. Unemployment for the Philippines in 2019 was around 5.1%. With the effects of the coronavirus pandemic, the IMF projects unemployment to climb to 6.2 percent this year. 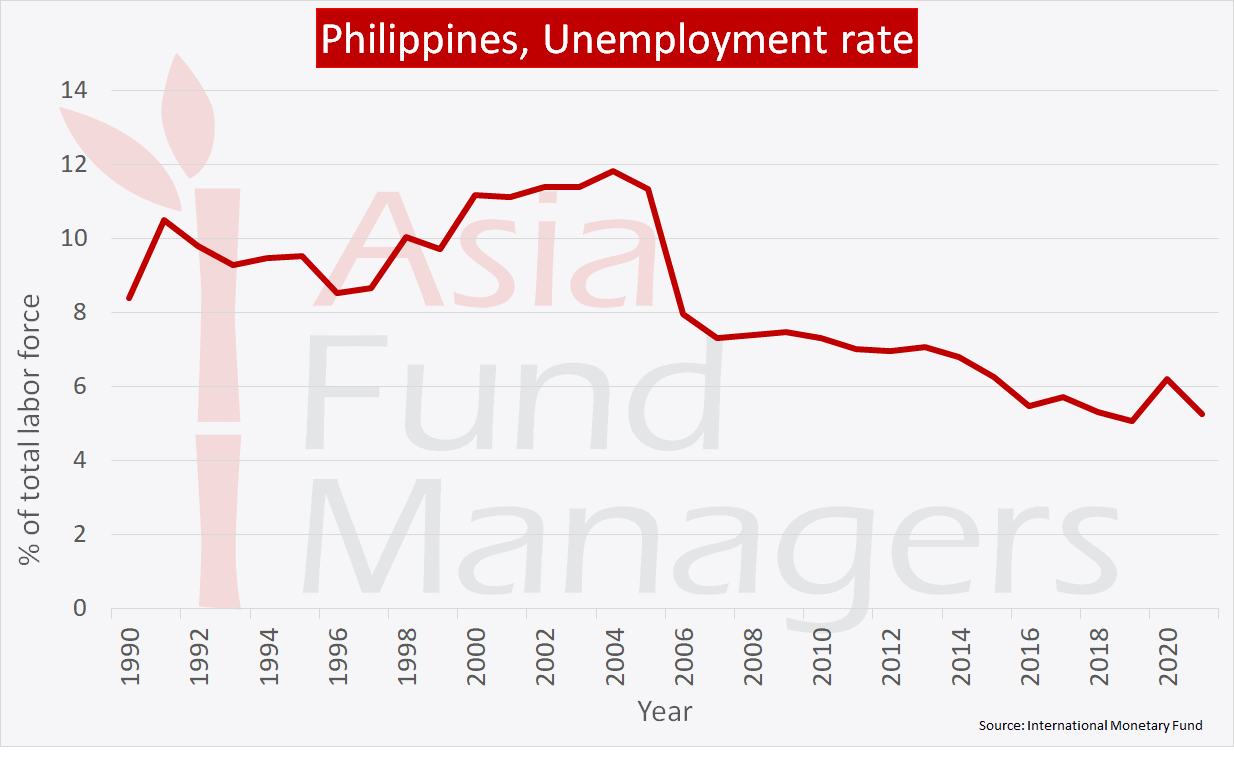 As for inflation, the IMF expects an ease to 1.7 percent this year from 2.5 percent in 2019. The rate of increase in prices of basic commodities in the Philippines could rise to 2.9 percent next year. 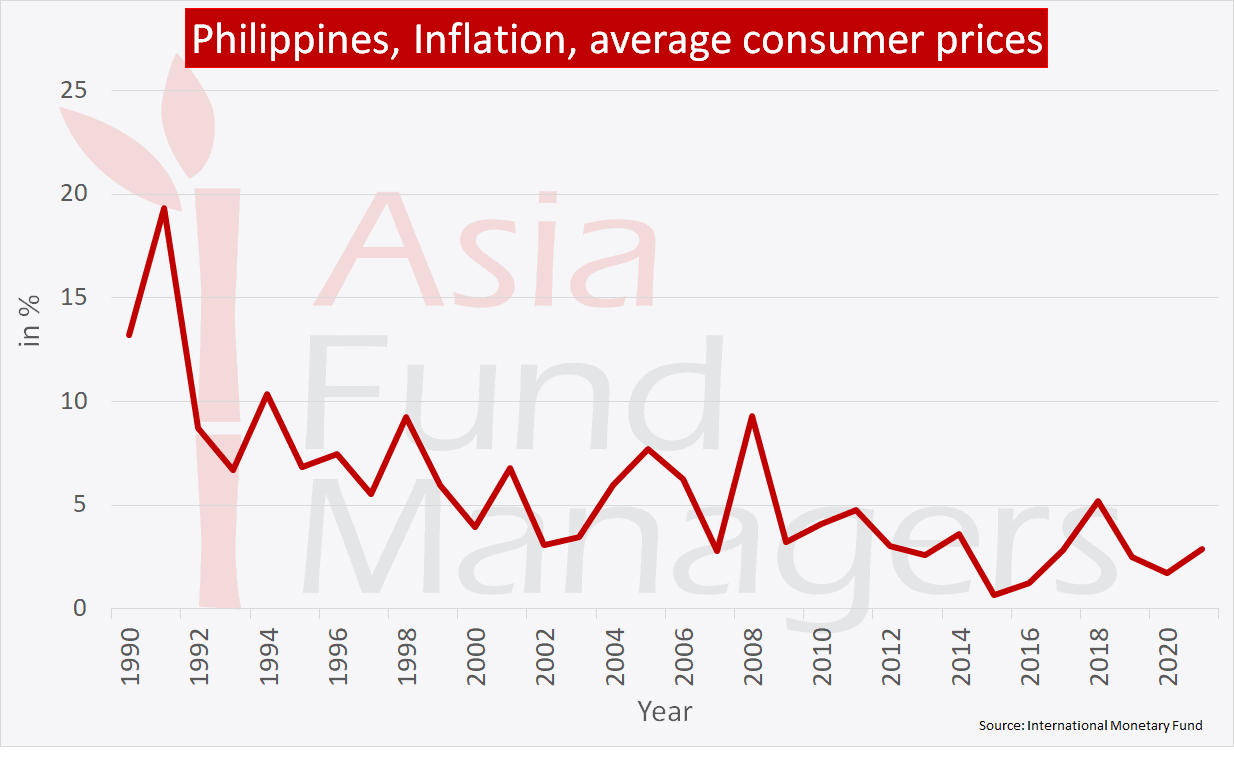 The central bank was established in 1993 after the provision of Republic Act 7653 or the New Central Bank Act of 1993 as an independent monetary authority for the country. Its objective is price stability and the law gave the BSP fiscal and administrative authority. The bank has responsibility for liquidity management, currency issue, financial supervision, management of foreign currency reserves and the determination of exchange rate policy. The powers of the BSP are carried out by a Monetary Board with seven members appointed by the President of the Philippines. One of the government members of the Monetary Board must also be a member of the country’s Cabinet but they are restricted from other roles that may create a conflict of interest.

The Philippine central bank has worked on the issue of money laundering, prevalent in the Philippines, for a number of years issuing measures to bring the country closer to international standards.

The BSP was named the Best Macroeconomic Regulator in the Asia-Pacific Region for 2013 by The Asian Banker.

The Philippines can be classed as a newly industrialized country, having transitioned from reliance on agriculture towards instead services and manufacturing sectors.

This country’s primary exports today include semiconductors and electronic products, transport equipment, clothing, products that use copper and petroleum, as well as coconut oil and fruits. Much of the Philippines industrial sector consists of processing and assembly operations for electronics manufacture and technology products often for foreign multinational companies.

Texas Instruments has had a facility in Baguio for 20 years and is the largest maker of digital signal processor (DSP) chips for mobile phones in the world. Lexmark printers also has a factory in the Philippines.

The Philippines is also rich in mineral and geothermal energy resources and has significantly large deposits of valuable ores like gold, nickel, copper, palladium and chromite as well as deposits of silver, coal, gypsum and sulphur and other minerals. The mining industry in the Philippines declined in the 1990’s but began to rebound in 2004 when a law allowing the foreign ownership of mining companies was upheld.

By 2010, the Philippines also became the fourth largest shipbuilding country, exporting many of the vessels it produces. It has natural deep seaports which aid its ship production, construction and repair.

For the automotive industry, Toyota, Mitsubishi, Nisan and Honda make vehicles in the Philippines. Suzuki makes small cars and motorcycles. Honda makes motorcycles in the country and Isuzu SUVs.

Business process outsourcing (BPO) to foreign firms is also a key part of this country’s economy. It surpassed India in 2008 as the world’s leader in BPO and most of the US top ten BPO companies operate out of the Philippines.

A further export which significantly contributes to the country’s economy is its workforce which travels abroad for employment. Overseas Filipino Workers (OFWs) are credited as contributing to recent growth which inspired investment status upgrades from credit ratings agencies including the Fitch Group and Standard & Poor’s. In 2012, for example, Filipino Americans sent home 43% of all the country’s remittances at a value of around $10 billion.

The major trading partners of the Philippines include Japan, China, the US, Singapore, South Korea, the Netherlands, Hong Kong, Germany, Taiwan and Thailand and tourism is also an important sector.

The World Bank’s ease of doing business ranking from its Doing Business 2020 study puts the Philippines 95th on its list of 190 countries. This was a rise in position of 29 places for the country with marked improvements in three areas. These were starting a business, dealing with construction permits and protecting minority investors.

The Heritage Foundation’s Index of Economic Freedom 2020 puts the Philippines in 70th place. Its overall score increased by 0.7 points to 64.5 due in the main to a higher government integrity score. Out of 42 countries in the Asia-Pacific region the Philippines is ranked 14th.  To make improvements in this index the country must work on the indicators related to its rule of law and regulatory environment.

In the World Economic Forum’s (WEF) 2019 Global Competitiveness Report the Philippines appeared 64th out 141 countries, falling from 56th place due to low scores for healthcare, infrastructure and institutions and dips in its ICT adoption, macroeconomic stability, financial systems, business dynamism and innovation capability.

The national stock exchange of the Philippines is the Philippine Stock Exchange, Inc. (Pamilihang Sapi ng Pilipinas) or PSE and it was created in 1992 after the merger of the Manila Stock Exchange and the Makati Stock Exchange. Its main index is the PSE Composite Index (PSEi) which has 20 listed companies and there are six sector-based indices. The PSE is overseen by a board of 15 directors and has 261 listed companies and 133 active trading participants registered. Exchange Traded Funds (ETFs) are also available via the First Metro Philippine Equity Exchange Traded Fund, Inc.

The bond market in the Philippines features short and long-term Treasury notes and bonds mainly issued by the national government. The corporate bond market is relatively small but growing.

The property market in the Philippines has grown significantly in the past decade aligned with the country’s strong economic growth. A slow-down was forecast for 2019 but the market remained resilient and was expected to be so even in light of a global economic downturn.

Office space is in demand in the Philippines with many Chinese technology gaming and gambling companies opening offices in Manila. Chinese investors have bought or rented office space in popular regions but also residential properties for employees.

With the strength of the BPO sector, demand for industrial property and flexible workspaces is expected to increase over the next ten years.

The residential property market in the Philippines appears similarly resilient with some property prices rising up to 15% in 2018 and the nationwide residential real estate price index still growing 10% in the third quarter of 2019 as per the BSP.

Property demand, in spite of a levelling after 2018, is driven by young professionals and families as well as investment from overseas High Net Worth Individuals (HNWIs). Overseas Filipino Workers (OFWs) also invest in residential property.

The Philippines is seen as a two-tier property market with city prices rising substantial higher than the rest of the country. 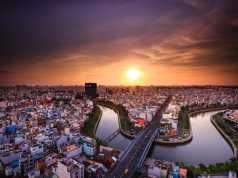