Since the early 1950s, more than 8.3 billion tons of plastic have been produced worldwide. But where does all the plastic go? Although more and more countries are recognising the importance of plastic waste recycling, the United Nations Environment Programme (UNEP) estimates that only about 9% of plastic waste has been recycled. 12% has been incinerated and the majority – almost 79% – of the plastic waste ever produced sits in landfills or in the environment.

Plastic waste can be recycled into various end products. However, when a single case of plastic packaging consists of over 20 different materials, recycling becomes expensive and the end products hard to sell. In an interview with public international broadcaster Deutsche Welle, the director of the Association of German Disposal, Water and Resource Economy (BDE), Peter Kurth, explained that the non-recyclable plastic is usually sent to the chemical or cement industries for use as a fuel substitute.

The unsold trash is often exported due to the lack of capacity, technology or financial resources to treat the waste locally. These days, the majority of plastic trash lands in Southeast Asia.

The downside is that most of the exported plastic waste flows to the ocean, due to poor waste management in developing countries in Asia where western trash is shipped.

A recent report by the environmental organisation Greenpeace examined the 21 leading export countries/regions for plastic waste between January and November 2018. According to the study, the USA leads the list with 16.5% of total export, followed by Japan (15.3%), Germany (15.6%), UK (9.4%) and Belgium (6.9%).

For many decades, China has been the largest recipient of plastic waste exports from the U.S. and the E.U. The robust synthetic manufacturing sector in China uses plastic scraps for its raw material. Greenpeace noted that China plastic waste import reached a peak of 9 million tonnes in 2012.

However, China declared in early 2018 that it would no longer buy low-quality recycled plastic scrap. As of last January, China only accepts plastic waste with 99.5% pure component. As a result, import dropped from over 600,000 tons per month in 2016 to 30,000 tons per month since the beginning of 2018.

The influx of plastic waste has also become an issue of concern to the authorities in Southeast Asia. Governments are starting to close their doors to western trash shipments.

Last May, Malaysian authorities announced that they would return a total of 3,000 metric tonnes of waste from approximately 50 containers worth of garbage to their countries of origin by the end of 2019. These include the U.S., Japan, France, Canada, Australia and the U.K.

At about the same time, the Philippines commissioned a private shipping company to return 69 containers of garbage to Canada. If the country refuses to accept the garbage again, the shipping company should simply leave it in Canada’s territorial waters.

Indonesia is the latest Southeast Asian country to return waste. In mid-June, the Indonesian Ministry of the Environment returned five containers of trash to the U.S. In early July, the Indonesian Customs Office sent 49 containers of toxic waste and trash back to their countries of origin, including several European nations.

However, the export of plastic waste will become even more difficult: The Basel Convention, an international environmental agreement signed by 187 countries including the E.U., U.S. and ASEAN members, has recently added plastic waste to the list of hazardous waste. 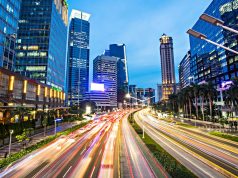