China and Myanmar have agreed to accelerate their joint Economic Corridor scheme, part of the Belt and Road Initiative (BRI). Chinese President Xi Jinping and Myanmar’s State Counsellor Aung San Suu Kyi made 33 agreements during President Xi’s recent visit to Myanmar in mid January. It was the first visit by a Chinese leader in almost 20 years.

The agreements formed include concession and shareholder agreements for a port project in Kyaukphyu, Myanmar, backed by China. The port is being developed by a consortium of five Chinese firms including state-controlled CITIC as well as Thailand’s Charoen Pokphand Group. The port site includes two pipelines that transport oil from Myanmar to China.

Other agreements are designed to progress a proposed Ruli-Muse Cross Border Economic Cooperation Zone. And, a liquified natural gas (LNG) power plant project worth $2.6 billion. A Muse-Mandalay Railway Feasibility Study Report, as per Asia Times, progresses China’s plans to link southwestern China to the Indian Ocean by rail. Some analysts believe the complexity of the projects detailed in the agreements may affect their actual implementation.

There appears to have been no movement on the Myitsone dam. This is a mega-dam project that would be backed by $3.6 billion in Chinese funding. The project was suspended by Myanmar in 2011. It’s controversial as 90% of the dams proposed power generation would be exported to China.

China is the largest investor in Myanmar and its key supporter in the United Nations. There are numerous calls within Myanmar for the environment to be taken into account. Vicky Bowman of the Yangon-based Myanmar Centre for Responsible Business says “one of the most important tasks for the Chinese investors is to consider the environmental, social and governance risks of projects at the early, concept, stage, and take steps to reduce negative impacts.” She adds, “central to all of these good practices is transparency, not just with project-affected people, but the wider Myanmar public so that stakeholders understand and can influence the investments to make them more successful.”

Figures from China’s Commerce Ministry, as per the New York Times, indicate Chinese companies have signed Belt and Road contracts worth $128 billion in first 11 months of 2019. This marks a 41% increase over the same time period in 2018.

The latest Belt and Road projects include a subway system for Belgrade in Serbia and a telecommunications data centre in Nairobi, Kenya. As well as a rail line in Bogotá, Colombia.

It’s speculated that renewed impetus for China’s Belt and Road initiative will add to tensions with the US, concerned about China’s global influence. Concerns over the initiative have been raised by countries in the west before.

Worries over competition and debt

The European Chamber of Commerce in China recently issued a report that said telecommunications networks and ports built by China are done in a way that make it difficult for European shipping companies, technology companies, and other firms to compete.

Washington-based research group The Institute of International Finance also included warnings relating to the BRI amidst a wider report on global debt. The report says many countries participating in the initiative are taking on increased debt burdens which they can’t afford. The research group also says 85% of BRI projects generate high emissions of greenhouse gases.

China says the BRI is an initiative to provide world-class infrastructure to emerging markets. It also argues that its own economic growth suffers in these markets due to high transportation costs. China says the construction of new ports reduces these costs. 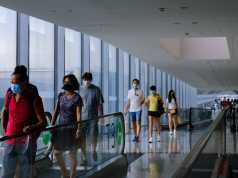 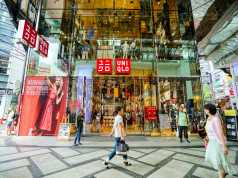 The impact of China’s digital currency