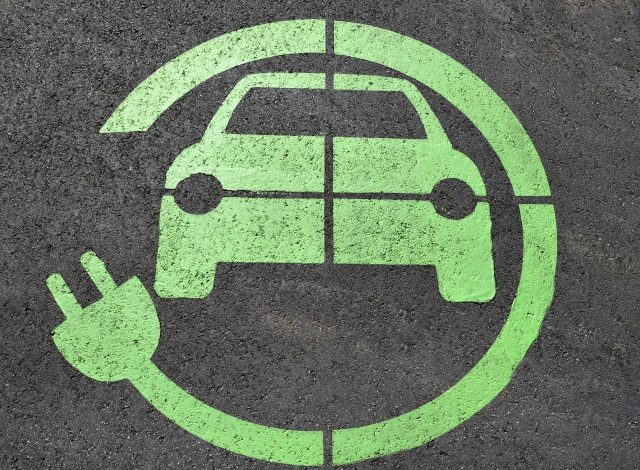 This is despite the fact the penetration of electric vehicle demand in India remains rather low. This September, India sold more electric vehicles than any month previously, with sales continuously rising since April. Still, at 121,900 electric vehicle sales this financial year, EV units account for only 1.66% of India’s 20 million automobile sales, according to the Council on Energy, Environment and Water (CEEW).

However, the industry’s growth is picking up as the government continues to offer incentives to automakers as well as EV buyers. India’s government aims to have EVs make up 30% of private cars sales and 40% of electric motorcycles and scooters by 2030.

India’s electric vehicle market size is expected to hit $152.21 bn by 2030, expanding at a CAGR of 94.4% from 2021 to 2030. As per the study by CEEW Centre for Energy Finance, the EV market in India will be worth $206 bn by 2030, if India maintains steady progress to the government’s 2030 target of e-mobility. This would require a cumulative investment of over $180 bn in vehicle production and charging infrastructure, it added.

India’s thriving auto market has fuelled the investment ecosystem, especially in the EV and allied sectors, where large investments are flowing in this year. According to another CEEW-CEF study, collective funding by e2W, e4W, EV part makers, electrical industrial vehicle and last-mile delivery firms during the seven months of 2021, was recorded at $3.3 bn. For the same period, funding in India’s EV and mobility service companies was recorded at $221 m, which was led by Ola Electric.

Ola Electric, a subsidiary of the ride-hailing app Ola, has recently announced that its $320m scooter factory in India is expected to make 10 million electric two-wheelers every year – about 15% of the world’s production.

In the latest news, Escorts Ltd, one of India’s leading engineering companies and manufactoring electric tractors, announced that Japan’s Kubota Corporation will be investing $1.2 bn to become the majority stakeholder in India’s fourth-largest tractor maker. By increasing its stake in Escort to 53.5% from the current holding of 9%, Japan’s largest tractor maker plans to expand its product line-up in both tractors and agri-machinery to help cater for countries like India, Southeast Asia, Africa and Latin America.

Similarly, last month, India’s biggest carmaker Tata Motors announced selling a stake in its electric-vehicle business to a US-based private equity firm TPG and other investors and raising $1 bn investment. The company plans to expand its portfolio of 10 models over the next five years.

TVS Motor – India’s third-largest two-wheeler maker – is also reportedly in talks with a clutch of global private equity investors to raise $300-500 m for its EV subsidiary, at a valuation of $3.5-4 bn. In the meanwhile, trucks and bus manufacturer Ashok Leyland is in talks with investors to raise funds for newly formed EV subsidiary Switch Mobility.

Besides these, Mahindra & Mahindra and Bajaj Auto are also looking for global investors. Expanding its presence in the alternative fuel segment, the Indian auto major Mahindra & Mahindra has announced plans to launch 16 electric vehicles by 2027 and expects half the vehicles it would sell by 2030 to be electric. Meanwhile, another major carmaker from India – Maruti Suzuki – has said an EV is possible only after 2025.

Nitin Gadkari, Union Minister of Road Transport and Highways has the vision to make the Indian automobile industry number one in the world, for export of electric vehicles, in five years time. He added that the government is now aiming for electric models to account for about 30% of private car sales from the start of the next decade and 40% of buses.

For enhancing the country’s manufacturing capabilities and enhancing exports, the government has also approved the Production-Linked Incentive (PLI) Scheme in the automobile and auto components sectors.

To establish a domestic supply chain for clean transport, the Indian government also has plans to host five roadshows in countries including the United States, Germany, France, South Korea and Japan starting November. This is to convince battery makers to set up local production in India, Reuters reported. As per government officials, companies like Tesla Inc, Samsung, Northvolt, Panasonic, Toshiba and LG Energy will be encouraged to invest in manufacturing batteries locally in India. Through this $2.4 bn program, India wants to establish a total of 50-gigawatt hours (Gwh) of battery storage capacity over five years, which it expects will attract direct investment of about $6 bn.

India’s auto sector has been a tremendous post-pandemic investment euphoria and remains an attractive market for investors. India allows 100% foreign direct investment (FDI) under the automatic route for the automobile sector, making it attractive for investors to set up their manufacturing units in India.

During the first three months of FY 2022, the automobile sector emerged as the top recipient of FDI in India with a 27% share of the total FDI equity inflow. This is despite the sector facing a period of sluggish growth and cuts in production by manufacturers due to lockdowns-led restrictions, the global chip shortage as well a steep hike in raw material costs.

The country’s automotive sector contributes about 40% to the country’s manufacturing Gross Domestic Product (GDP) and 7.5% to its overall GDP. As per the government’s Automotive Mission Plan: 2016-26, India’s auto sector is expected to be the world’s third-largest automotive by 2026, in terms of volume.

India is the world’s largest two-wheeler and three-wheeler manufacturer and ranks fourth worldwide in car manufacturing. Not only that, but the passenger vehicle industry dominates the auto sector and is expected to post a growth of 22% – 25% in FY22. In the heavy vehicles arena, India holds a strong position as it is the largest tractor manufacturer, second-largest bus manufacturer, and third largest heavy trucks manufacturer in the world.