In our new series “Three questions for…” we focus on Asian stocks. In this instalment, the Japan Equity Team of Nikko Asset Management explains why Sony shares are a good choice.

Japan Equity Team: Basically, we do not favour any particular Asian stock over all others. However, we have identified a company that has the potential to generate alpha across different market cycles, namely Sony. In the seven years since the Abe administration began economic reforms, the Nikkei stock index has more than doubled. During this time (since December 2012) Sony shares have risen by over 600 percent.

AsiaFundManagers.com: What speaks for the company?

Japan Equity Team: Sony has been praised in the financial markets for its bold restructuring during the early stages of Abenomics (2012-2015). Following this restructuing, it was time for the company to consolidate its profits and take the offensive. Sony invested resources in the development of complementary metal oxide semiconductor (CMOS) image sensors. This optical technology is used in a variety of digital camera imaging devices. A recent example is the Apple iPhone 11, which uses Sony’s CMOS image sensor software to process photos taken by multi-lens smartphones. Sony’s dramatic shift in focus, which included investments in image sensors, games, music, and movies, paid off in October 2017, as the company reported record profits for the first time in two decades.

AsiaFundManagers.com: What is the potential of Sony shares?

Japan Equity Team: The consumer electronics giant has proven that it can overcome both internal structural problems and unfavourable external circumstances, while at the same time generating alpha over a longer period of time. This ability to use leading edge technology (innovation) to keep pace with technological change and changing market trends (adaptation to change) is quite rare.

Because Japan plays only a limited role in the global content industry (555 bn. USD) outside of comics, animation and computer games, and is barely represented in the key categories of broadcasting, films and music, the country’s ability to innovate is still limited. However, we believe that Sony, with its platform and content, is better positioned than any other Japanese company to tap these markets more effectively.

AsiaFundManagers.com: Thank you very much. 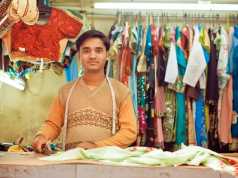 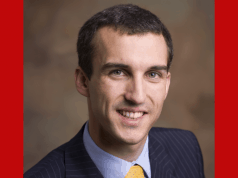 ESG in Japan investments: “Passive strategies are not enough” 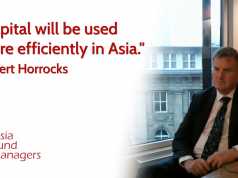 The US can’t isolate China

Japanese Restaurants Gain Popularity Across Asia and Beyond