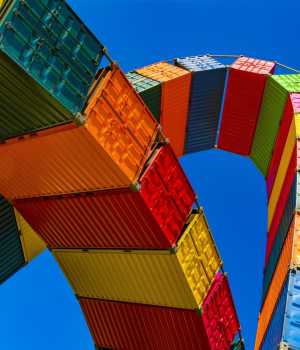 On July 6 of last year, the trade conflict between the USA and China began, with the U.S. imposing a 25% charge on 818 Chinese imports. What followed was a series of retaliations by China, followed by more punitive tariffs by the U.S. Last week during the G20 summit in Osaka, both sides agreed to resume the trade talks, but no timeline has been given for the next round of negotiations.

Nor do economists expect a de-escalation any time soon. Analyst Diana Choyleva of Enodo Economics, who publishes on Smartkarma, states: “It is highly unlikely that the status quo on trade will change ahead of the PRC’s seventieth birthday on October 1, when Xi will claim that he and his Communist Party have made China great again. For Trump, the duration of the truce depends on how his campaign unfolds in the run-up to the presidential election on 3 November 2020.”

American and Chinese exports of tariffed products down

However, the effects of the year-long Sino-American trade conflict are evident. As trade data compiled by daily newspaper Nikkei Asian Review shows, both sides have suffered drops in taxed exports through April. Chinese exports to the U.S. dropped 14% ($18 billion), while U.S. tariff-hit exports to China dropped 38% ($23bn).

Nikkei analyses also show that shares of global companies with significant Chinese business are underperforming. Comparing the stock prices from end of June 2018 to now*: companies generating 20% or more of their total sales in China, share prices were up just 1%. For companies earning 5% or less, stock prices rose 8%.

Huawei Technologies is particularly suffering from the conflict since the U.S. imposed a ban on exports to the Chinese tech giant. Huawei estimates its sales over the next two years to be $30 billion under forecast. U.S. president Trump has made moves towards de-escalation by promising to allow U.S. firms to continue their sales to the Chinese company. But so far, Huawei is still on the “entity list” and thus still far from a solid de-escalation of the trade conflict.

*for the 300 companies with the world’s largest market capitalizations