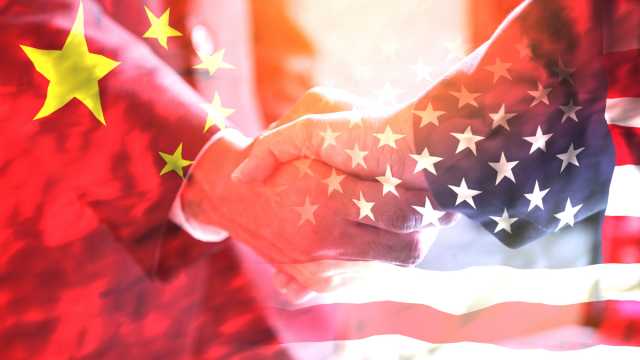 US President Donald Trump and Chinese Vice Premier and top envoy Liu He signed the US-China “phase one” trade agreement on January 15 in Washington DC. Up to this point, talks, threats, and tariffs have impacted financial markets, created uncertainty for investors and businesses, and impaired growth in the US and in China. But will the US China truce really bring relief to the markets and economies?

What is in the US China trade deal?

The initial deal is actually a 94-page document. It sees China committing to buy American goods and taking steps in order to protect intellectual property. What the “phase-one” deal won’t result in is a lessening of tariffs imposed by the US on China.

China has promised to purchase $200 billion of American goods and services by 2021, including agricultural exports, energy, airplanes, and pharmaceuticals. The figure has been drawn from 2017 levels and China has only committed to purchases for the next two years.

There has been commitment from Beijing to change its agricultural policy, removing some health standards, licensing, inspection, and registration rules, that were viewed as barriers to trade. The US made some concessions to ensure China’s imports to the US are treated more fairly.

Intellectual property has been critical on the US list of issues with China, with America concerned about intellectual property theft and counterfeiting. Under the US-China truce there are provisions to protect “trade secrets” and prevent “electronic intrusions.”

There has also been a commitment by China to stop its forcing of American companies trying to do business in China to hand over technology secrets. China has promised not to “support or direct” acquisitions and investment by its technology companies in “industries targeted by its industrial plans that create distortion.” US officials have indicated this references China’s industrial plans such as “Made in China 2025.”

What’s next for the US and China

Some are concerned that the deal does not outline how its agreements will work, and be imposed, in practice. Others raise whether each country will interpret the deal differently.

The “phase-one” deal is the initial part of what could be a broader trade pact. It maintains most of the tariffs President Trump has put on what amounts to $360 billion in Chinese imports to the US. It also comes with a threat of further tariffs if China doesn’t comply.

Phase two of a US China trade deal could see tariffs on China removed. President Trump has indicated as much if the two countries can agree. Scott Paul, president of the Alliance for American Manufacturing, has criticised phase one: it does not cover the issue of China’s subsidiaries to its manufacturers giving them an unfair advantage in some markets. This could be something that is covered in phase two.

Diana Choyleva, an analyst at Enodo Economics writes on Smartkarma: “Trump faces difficulty whenever he travels to China to start ‘phase two’ talks, covering digital trade, business subsidies, and hacking of US companies”. These issues were so complex they were excluded from the first round. She adds the “deal should be welcomed, with reservations. The next stage requires more painful structural reforms by Beijing, including changes to industrial policies and deeper opening-up.” Choyleva expects US-China trade to continue to unsettle investors in 2020.

So far phase two discussions have been pushed to after the November US election leading to scepticism of its progress. But President Trump is quoted as saying, “as soon as this kicks in we’re starting phase two.”

Chad Bown, a senior fellow at the Peterson Institute of International Economics, puts US imposed tariffs as covering 65% of all Chinese imports into the US. Some tariffs rates were reduced in September 2019. Bown also puts China’s tariffs on US imports in the country at 57%.

Though the stock markets have appeared to be sensitive to trade tensions and the promise of progress over the past few years they did not appear to react too strongly to the firm agreement. The New York Times puts S&P 500 rising at 0.2% in reaction, but a US semiconductor index fell 1%.

Wendy Cutler, vice president at the Asia Society Policy Institute in the US, says the agreement is “meaningful, but modest.” She adds that “because the United States was willing to compromise with China and not press them on the most difficult issues, they were able to reach positive ground.”

As per Bloomberg, Chinese foreign ministry spokesman Geng Shuang says “the two sides need to work together in the spirit of equality and mutual respect to strictly observe the trade agreement, accommodate each other’s core concerns and implement the phase one agreement.”