Home Asia News Recent sanctions by the USA against Huawei – could they backfire? 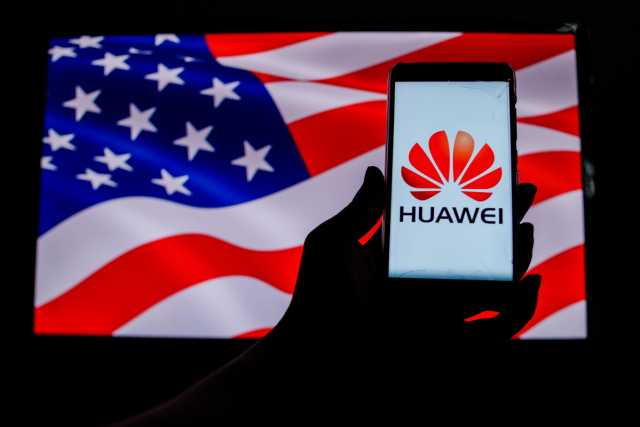 On May 15, the USA took its battle with the Chinese tech giant Huawei, which is accused of spying on behalf of the Chinese government, to the next level. New laws will mean non-US companies around the world that use US-made hardware and software to produce microchips will have to apply for a special license in order sell their products to Huawei and its subsidiaries. The new rules are expected to take effect in September.

But it’s already having its intended result. As reported by Nikkei Asian Review, Taiwan Semiconductor Manufacturing (TSMC), the world’s biggest contract chipmaker and which supplies Huawei with advanced chip designs for the firm’s smartphones, ended new orders from Huawei because of the recent US ruling.

The response of TSMC demonstrates how much the new rules escalate tensions. Indeed, experts warn that, with the Taiwanese firm now cutting orders, Huawei may struggle to procure enough chips and semiconductors for its output, potentially denting Huawei’s revenue by billions of dollars.

In May of last year, the US administration added Huawei to an “entity list”, which curbed US exports to the Chinese firm and its subsidies until a time when it received a formal license from the US government.

Afterwards, Huawei tried to limit its dependence on US chip manufacturers, like Qualcomm, and to develop its own manufactures at home, such as its subsidiary chip unit, HiSilicon. Or, instead, it turned to third-party contractors like TSMC, which used American technology but wasn’t penalized by the May 2019 ruling.

The more recent ruling, however, changes the games considerably. Naturally, Huawei and the Chinese government have responded angrily to the Trump administration’s decision.

Cold War between the US and China?

This happens to come as tensions between the US and China escalate, with Washington blaming Beijing for its handling and subsequent disinformation campaign during the coronavirus. And with several Trump administrations officials, including the president himself, putting out conspiracy theories that the coronavirus leaked from a Chinese lab in Wuhan, rather than developed at a wet-market.

Just recently, the US and China clashed over the World Health Organization, with Trump threatening to permanently suspend all US funding of the agency he considers to be in Beijing’s pocket – and with Beijing offering $2 billion to the agency for coronavirus-relief.

For years, the Trump administration has accused the Chinese tech giant of being a threat to national and global security, as its alleged subservience to the Chinese government means it cannot be trusted, and that Huawei’s devices and technology could be used to spy on foreign governments and entities on behalf of Beijing.

Huawei has always denied American allegations, though the US has mounted a global campaign to pressure allies to also reject Huawei, especially when developing their 5G technology infrastructure, which the Trump administration says it most at risk of Chinese espionage.

Australia, New Zealand, Japan and Taiwan have also announced a ban on Huawei developing their telecoms infrastructure. Others, though, have demurred – given Huawei’s advanced technology in the realm of 5G and its comparative cheap costs compared to other major tech infrastructure providers.

Some of America’s closest allies have tried to compromise by ruling that Huawei technology will only go to developing parts of their 5G network infrastructure, and not the most sensitive elements. In January, the United Kingdom managed to just avert a diplomatic spat with the US, its longtime ally, after London decided to continue to allow Huawei to help develop parts of Britain’s 5G network.

Markets cautious due to fears of Chinese retaliation

The effects on the global tech market could be stark – and potentially escalate if Beijing responds punitively. On May 15, on the day that the Trump administration announced the new rules, stocks of the US chip-giant Qualcomm fell over 5 percent, while Intel stocks dipped 1.4 percent.

According to Huawei executives, it spent $18.7 billion on goods from US suppliers last year, money that could now dry up for American exporters because of the ruling.

Markets are also still unsure as reports suggest Beijing could respond with its own punitive actions, such as placing US tech firms like Apple, Cisco and Qualcomm on China’s “unreliable entity list”, which would restrict their operations in Chinese markets.

Huawei’s current rotating chairman, Guo Ping, said that his company will “inevitably be impacted” by the US decision. “Survival is the key word for us at present,” he added.