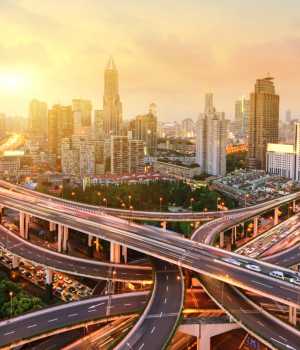 Asian bonds have been more stable yields during the recent months, helped by a recovery in the region’s economic activity in the first half of 2021, and drop in US bond yields. Foreigners turned net buyers of Asian bonds in 2021, seeking extra yield amid ultralow interest rates. The net inflows in emerging Asia bond markets amounted to $10.2 bn for June, data from bond market associations showed. This was the 13th straight month of inflows, after $4.7 bn worth of inflows recorded in May 2021.

This was against the US fixed income market, where default rates that rose, and bond prices hit record highs amid rising inflation. Bank of America’s high-yield Asian emerging markets index shows spreads are 671 basis points above Treasuries, versus a spread of 330 basis points for high-yield US credit.

In 2020, Asian bond portfolios registered decent performance across most strategies. This was in stark contrast to outflows in the region’s equity markets due to Covid-19 variants threatened to reopen economies. The US fixed income default rates rose, and yields fell during the pandemic, resulting from heightened risk aversion amid inflation concerns. Meanwhile, spreads of both Asian government and corporate bonds held relatively steady throughout the year.

And rising inflation expectations amid nominal rates have signalled the start of bullish periods for bonds. Many see overall credit sector markets in Asia earning solid returns in 2021, despite some early volatility.

Asian fixed income was historically viewed by institutional investors as unattractive. But, given the region’s constructive macro, earnings, and policy outlook in 2021, Asia’s debt capital markets are now becoming a refuge for yield seekers this year. Asset management sees Asian debt as a good post-Covid opportunistic play amid record low-interest rates and easy global liquidity. Most strategists expect Asia’s economic recovery, which accelerated in Q3 2020 to hold steady in early 2021.

According to Schroders, Asian bonds were trading near the historic average or cheaper side of valuation levels compared to global developed market bonds. Asia HY’s yield is only marginally below its long-term average of 7.1%. Moreover, Asia’s aggregate 3.3% yield compares to 0.8% for the US Treasury index.

As per the Asia Bond Monitor outlook published by Asian Development Bank, countries like Malaysia, Singapore, the Republic of Korea, the Philippines, and Thailand all witnessed a rise in their respective 10-year government bond yield, from June 2020 to May 2021. While China, Vietnam, Indonesia, and Hong Kong saw a decline in 10-year government bond yield during the same period.

Low adds, “Asia is well-positioned to benefit from this ongoing theme, given its attractive yields. And low rates will continue to encourage investors to search for yield. The Fed’s policy response will continue to be a key driver of relative performance going into 2021. Default rates are forecasted to be lower for Asian High Yield (HYs) compared to the emerging markets.”

As per Credit Suisse, Asia’s dynamic economic growth, the accompanying infrastructure investment needs, corporate funding requirements, and the advancement of Asia’s pension system should encourage the development of a well-functioning bond market. Asia-Pacific’s recovery is mostly on track as per S&P Global, and the region’s inflation risks are mostly transitory.

Most strategists keep a positive outlook for the Asian bond market to evolve to the next level this year. Monetary policies across Asia are likely to stay accommodative throughout 2021 as per experts, perpetuating the low rates, easy refinancing, and lending support for the bond market.

Foreign investor inflows for the region have also been improving, and analysts expect these inflows to continue over the longer term. As per S&P Global, high-yield investors are willing to take a risk on Asia as ultra-loose monetary policy has pushed yields in the US, Europe, and Japan below levels seen before the coronavirus pandemic.

In June, foreign purchases of Asian bonds surged highest in two years. This was backed by a drop in US bond yields that spurred global investors to hunt for better returns amid a low yield environment worldwide.

Emerging Asia’s local-currency bond market is by far the largest in the emerging market space. Boosted by increasing spending needs and the enormous growth of Asian economies, the size of emerging East Asia’s local currency bond market expanded in the first quarter of 2021 to reach a size of $ 20.3 tn at the end of March, as per data by Asia Bond Monitor. This was higher than the $20.0 tn in the fourth quarter of the year and the $16.2 tn recorded a year ago.

Bloomberg recently published a study on the two of emerging Asia’s lowest-yielding markets – South Korea and Thailand – and on the countries having the highest-yielding bond markets – Indonesia and India. The comparison study revealed that the lowest-yielding bonds markets recorded a jump in global inflows during the second quarter and offered wider spreads over US Treasuries compared with their historical averages.

Emerging East Asia’s bond market, which comprises nations like Taiwan, Hong Kong, China, Indonesia, the Republic of Korea, Malaysia, the Philippines, Singapore, Thailand, and Vietnam, was equivalent to 96.4% of the region’s economic output in the first quarter of 2021. Inflows were massively concentrated to countries like China, South Korea, Malaysia, while Indonesian, Indian, and Thai bonds saw outflows.

The international bond issuance from China increased dramatically and accounted for 77.8% of emerging East Asia’s bonds outstanding. Foreign investors have bought a net $41.5 bn of Chinese bonds since the start of the year. This is already about a third of what they did in all of 2020. As per the S&P Global report, foreign investor holdings of Chinese domestic bonds, now worth roughly $650 bn. In the first five months, local governments issued a total of $0.18 tn (1.17 tn yuan) in special bonds, China’s finance ministry said.

Although other large Asian economies like Indonesia and India offered higher returns, Chinese sovereign notes were the third-best performer globally in February 2021, according to data from indexes compiled by Bloomberg and Barclays Plc.