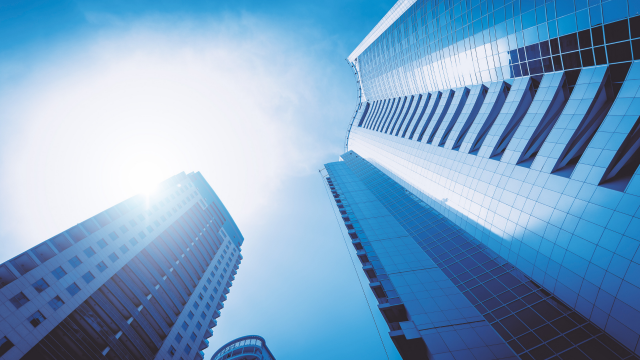 Analysts at Fitch Ratings expect that the growth potential of Asian economies will help banks with a strong footprint in the region. Adding that banks such as HSBC, Credit Suisse, Deutsche Bank, Goldman Sachs, JP Morgan and UBS, are targeting further expansion of activities in Asia.

Despite the continued volatility, Asia has led the growth trend through the digital and financial transformation of FSI institutions like banks, investment management and insurance companies. In 2021, emerging markets in Asia have seen a 60% increase in the usage of contactless payments.

Asia’s financial services became increasingly available online as pandemic induced lockdowns forced customers to use applications and internet banking rather than visiting branches. This in turn fostered an overwhelming rise in the use of digital services via mobile, computer, and other devices.

Backed by the physical-to-digital shift in FSI organizations, Asia’s payments sector are well-positioned to exceed $1 trillion in annual revenue by 2022 or 2023, McKinsey said in its report.

Stronger recovery, the opening of markets, digitization, the emergence of new business models, high levels of liquidity and low interest rates have kept the volume of merger and acquisition (M&A) activity resilient in Asia.

By deal count, PwC, Deloitte and KPMG were among the top M&A financial advisors in 2020, featuring as APAC-based bidder, target or vendor. Gradual measures like the ease in restrictions on inbound portfolio investment and evolving regulatory landscapes have continued to make investing relatively attractive in these regions.

A report by Bain and Co. suggested that the financial services sector was one of the few industries to see deal activity hold up through the course of Covid-19 lockdowns. To put that in perspective, 160 financial services deals worth 33.1bn USD were recorded over the first six months of 2020.

Overall, in 2020, 255  M&A deals were announced in Asia-Pacific in the finance sector, more than three times from 76 in 2019. As per S&P Global Market Intelligence data, 113 deals involving Asia-Pacific fintech firms generated the highest quarterly funding activity, totalling 3.14 bn USD in 2020.

During the first quarter of 2021, the global mergers and acquisitions (M&A) market set a record with 1.3 tn USD in deal activity, where the financial sector ranked second, accounting for 16% of overall deal activity. In the same quarter, Asia M&A hit a three-year high of 279.5 bn USD, up 37% year-on-year, Refinitiv data showed.

Due to the growing middle class and consumer demand for a differentiated financial product, Mainland China and Hong Kong remained top destinations for financial services M&A deals in the Asia Pacific region, followed by India and Australia.

Foreign firms participated in China’s M&A deals, driven in part by restructuring and rescue deals in China’s energy and banking reforms, promoting industrial consolidation and digital upgrades. Biden administration’s approach on trade ties with China will also affect the nation’s M&A trend going forward. Faced by risks of economic slowdown, lack of corporate governance and corruption, consolidation of banks with high exposure to stressed industries have played a key role in the M&A landscape in Asia.

Atanuu Agarrwal, Co-founder, Upside AI said, “When China lifted ownership restrictions in the various subsectors, firms like JP Morgan and Goldman Sachs doubled down on their JVs in the securities sector.”

A steady stream of rescue deals was seen not only in China but India. The country has also proved a fertile market for financial services deal recently, through opening expansion opportunities for the private sector. India’s state authorities tried to pre-empting bank failures, cushioning the virus-induced economic blow with Union Bank of India’s US$978m purchase of Corporation Bank, Punjab National Bank’s acquisition of Oriental Bank of Commerce for US$953m and an US$801m deal by Canara Bank for Syndicate Bank.

“Interesting investment opportunities will open up for investors in the banking space,” suggested Makarand Joshi, a partner at MMJC and Associates LLP. The introduction of small banks in the last few years has led to the rise of the public offers by these firms in India, indicating robust growth in this sector and interest of investors in financial service and fintech space, he added later.

As per Choice Capital, the future looks particularly bright for Consumer Finance and Asset management sectors with the undergoing technological revolution in India’s FSI industry.