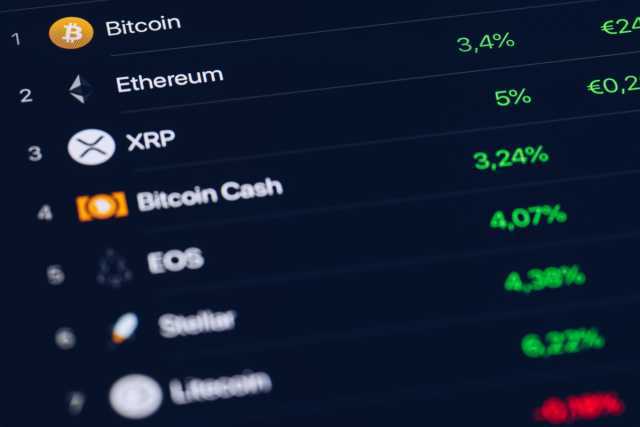 China has initiated the ban on speculative trading of virtual currencies and cryptocurrency transactions in phases. Forcing the cryptocurrency industry out of the country, bitcoin mining operations have now been ordered to shut down. Following this, mining firms are looking at places like the US, Russia, and Kazakhstan, where there are favorable cryptocurrency policies and cheap electricity.

In the meanwhile, a planned new rule in Hong Kong that allows cryptocurrency exchanges only to provide services to professional investors, has also caught the industry’s attention. Retail investors are said to be excluded which was objected by the local financial technology and crypto industry associations in Hong Kong. They argue that this could push exchanges out of Hong Kong and force individual investors to look for unregulated alternatives.

The Chinese government has recently ordered the closure of several mining server farms in areas such as Xinjian, Sichuan, and Inner Mongolia. Prior to the shutdown orders, Sichuan was the second largest cryptocurrency mining site in the country.

While cryptocurrencies are not yet outrightly banned in China, the government has already issued warnings against their trading and mining since May. The state has also asked financial firms to halt crypto transactions and ordered banks not to be involved in these transactions. China’s central bank has also announced to accelerate the development of its own digital currency – the digital yuan.

Concerns over China’s environmental targets may have fuelled the crackdown on Bitcoin mining. China’s climate goals are to reduce carbon emissions and achieve carbon neutrality by 2060.

A recent Nature Communications study has pointed out that Bitcoin mining and its increasing energy consumption and resulting carbon emission could potentially hinder global efforts toward sustainability. It mentioned that the Bitcoin mining operations in China are forecast to reach an energy consumption of 296.59 Twh and produce 130.50 million metric tons of carbon emission by 2024.

The Chinese government also claimed that the recent crackdown is due to concerns surrounding cryptocurrencies’ price volatility and potential abuse as tools for money laundering and other illegal transactions.

During the same month, Hong Kong’s Financial Services and the Treasury Bureau (FSTB) proposed that all cryptocurrency exchanges operating in the territory should be licensed under the Securities and Futures Commission.

Prior to the proposal, these exchanges are not required but are given the option to be licensed by the market’s watchdog. The FSTB explained that its proposal is based on conclusions made from consultations with the market about changes to the existing rules since 2020.

The bureau also recommended that the services of virtual asset exchanges should be limited to professional investors at least while the licensing regime is in its initial stage. Under Hong Kong law, a person needs to have a portfolio of $1.03 million to be qualified as a professional investor.

This drew the irate of local fintech and cryptocurrency industry associations. They argued that halting services to retail investors could potentially drive out exchanges from Hong Kong and prompt people to search for unregulated investment venues.

The FSTB plans to turn these proposals into legislation in the upcoming 2021-22 legislative assembly session.

Sam Bankman-Fried, the founder of Hong Kong-based crypto derivative exchange FTX, said in an interview with Nikkei Asia that the company could potentially leave the city if the restriction on retail investors will also be applied to foreign citizens.

“What’s important is that we’re in the right place for the business,” Bankman-Fried said. He added that there are no decisions made yet about a possible relocation of the business.

Amidst these regulatory moves by China and Hong Kong, Asia’s cryptocurrency industry remains confident, with some exchanges and traders welcoming the stricter regulation.

Analysts at digital asset investment specialist Arca are skeptical that China’s decision would cause a broader clampdown on crypto. “It’s difficult to believe that this entire global asset class is at the mercy of a single government interjection,” the analysts wrote.

In fact, Japan and Singapore, two Asian nations perceived to be most progressive in digital currencies, have not made any changes to their cryptocurrency rules.

South Korea’s largest exchange started flagging “coins to watch” in early June because “their overall evaluation does not meet internal standards, and measures to protect investors are necessary”. Other exchanges followed soon after.

The moves come as a result of an amendment to the financial regulations that came into force in March. It requires cryptocurrency operators to shut down if they do not file a report with certain requirements with the government by September 24.

The tighter rules are seen as a step to get some of the rampant exchanges to exit the market.