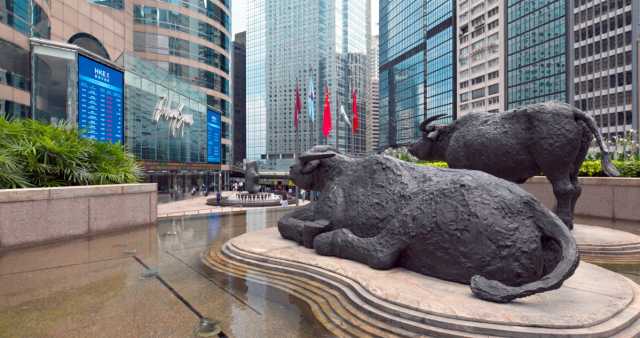 For years, the trend was that major China companies made their initial public offerings (IPOs) on America’s more trusted and less strict stock exchanges, chiefly the Nasdaq. In 2014, the Chinese tech giant Alibaba chose to list on the New York market, rather than in Hong Kong, and its IPO brought in a record-breaking $25 billion.

However, new regulations being mulled by the US Congress and the White House could now make it even harder for Chinese firms to list on American bourses, coupled with greater deregulation of the Hong Kong exchange, looks set to see Chinese firms moving their share offerings back to China – at least, for the time being, as second-listings.

The Screws Are Tightening for China companies

In April, the US Senate passed a bill that will allow the US Securities and Exchange Commission (SEC) greater powers to scrutinize audits of Chinese companies. This bill must also be accepted by the US Congress before becoming law.

Under these proposed new rules, a foreign company that wants to list on American stock exchanges, including the Nasdaq, must prove it is not owned by a foreign government – an issue for Chinese firms, many of which are partially state-owned or allegedly have formal ties to the state – and must provide audits to the SEC for the last three years.

Senator John Kennedy, a Republican who introduced the bill, said the goal is to pressure “China to play by the rules.” Indeed, currently Chinese companies that trade overseas are required by Beijing to keep their audit papers in mainland China, often denying foreign investigators to ability to audit them properly.

At the same time, US President Donald Trump last week gave his advisers 60 days to come up with a list of ideas of how US regulators can punish foreign firms, namely Chinese, that don’t comply with American audit rules.

A “Memorandum on Protecting United States Investors from Significant Risks from Chinese Companies”, published on June 4 by the White House, asserted that “the Chinese government has consistently prevented Chinese companies and companies with significant operations in China from abiding by the investor protections that apply to all companies listing on United States stock exchanges.

Partly, all this is to do with the increasingly fraught tensions between the US and China, which many pundits say have now really entered a “new Cold War” scenario since the beginning of the Covid-19 pandemic, which has brought relations to their lowest ebb in decades.

Though, this new superpower competition has emboldened those in America who have been calling for more regulation and oversight of exchange listings by Chinese firms – but who were often rebuffed when US-China relations were close. In May, Chinese startup Luckin Coffee, which is listed on the Nasdaq, was forced to delist after it was found to have committed major fraud on its IPO, Fortune reports.

Chinese companies have taken notice. Nasdaq-listed NetEase, a Chinese gaming company, now plans to offer a second-listing in Hong Kong. In its filings to the Hong Kong Stock Exchange, it noted that new rules in America “could cause investor uncertainty for affected issuers, including us, the market price of our [US shares] could be adversely affected, and we could be de-listed if we are unable to” satisfy the new requirements.

NetEase isn’t alone. After listing on the Nasdaq in 2014, Alibaba later had a second listing in Hong Kong last year, raising $11 billion. A second-listing is now also be sought by the Chinese e-commerce giant JD.com, which had its initial IPO on the Nasdaq in 2014 and whose prospectus for a secondary listing in Hong Kong was made public last week. Search engine giant Baidu is also thought to be planning a second floatation on the Hong Kong market.

It’s not only pressure in America that is persuading many China companies to return home. The Hong Kong bourse has in recent years relaxed regulations on public-offerings by unprofitable companies and those who dual-class structures, wherein different voting rights are awarded to different classes of shares.

In the past, the Nasdaq’s more lenient rules were one reason why Chinese companies looked at the American bourse for their IPO.

“The epic migration of Chinese listings looks set to accelerate in the next few years, as market reforms in Hong Kong and Shanghai are lowering listing and financing hurdles for tech firms,” according to a recent report by asset manager Fidelity Institutional.

As a result of new relaxed regulations, the Hong Kong stock exchange “has become the world’s No. 1 bourse by IPO value in both 2018 and last year,” it noted.

Whether this will truly be a “golden age” for Chinese bourses remains debatable. Much also depends on what happens now in Hong Kong following the approval of China’s new security law.

For some, this could be the end of Hong Kong as an Asian financial center, especially if Beijing also moves to curb the city’s much-praised rule of law. Indeed, investors have looked to Hong Kong as a safe place because of its independent judiciary and fair contract enforcement.

Yet, Hong Kong’s decline is not certain. Although the Trump administration has vowed to strip Hong Kong of some trade privileges, though these don’t affect the city’s financial sector. Hong Kong’s executive also claims it has enough reserves to maintain the Hong Kong dollar being pegged to the US dollar, a key reason for investor confidence.

What’s more, the return of major China companies back to the Hong Kong stock exchange could even make the city more attractive for investors, regardless of the political turmoil.

Last week, Charles Li, CEO of Hong Kong Exchanges and Clearing, the owner of the Hong Kong stock exchange, said at a conference that this year is going to be a big year for “very substantial returnees, what we call them, from the United States”.