China is opening up its bond market. A programme called Bond Connect makes a large number of Chinese onshore and domestic bonds tradable on selected Western exchanges. Whether the opportunities of this approximately $12 trillion Chinese bond market will deliver, depends fundamentally on the ongoing development of the Chinese economy. On the one hand, the solvency of issuers depends on the overall economic situation. But on the other hand, so does the external value of the renminbi, the usual denomination of Chinese onshore bonds.

China Economy: from Mao to Xiaoping

As the proverbial extended workbench of the world, China has come a long way. The once prosperous and proud Middle Kingdom lost its connection to Europe around 1800 and reached its lowest point in the first half of the 20th century, when it was carved up by colonial powers. Mao Zedong succeeded in consolidating the state under a terrorist regime. But China’s economy grew modestly again in the following decades, even during the worst turmoil of the Cultural Revolution.

Deng Xiaoping, China’s ‘Grey Eminence’ since 1979, is regarded as the father of the Chinese economic miracle. But in the first phase, up to about 1990, national income growth was hesitant. These were years of learning for the regime. Xiaoping’s experiments were limited to specific economic zones far removed from Beijing. Nobel Prize winner Paul Romer sees the strength of these zones in their choice and the ability to directly compare systems. China concentrated on progress in areas often overlooked by measured GDP: healthcare and supply-chain security. But since the 1990s, China has seen enormous growth. To this day, the driving force of this growth remains manufacturing contracts for Western products – or counterfeit version of them.

The Limits of the Economic Model

For China, the financial crisis that began in 2007 was seen as a starting signal for transformation. On the one hand, it showed China its own strength and how dependent the West had become on it. The People’s Republic was hardly affected by the financial crisis. Nevertheless, the export machine no longer functioned as it did in the past. China had gradually climbed the manufacturing hierarchy. The low-wage caravan had long since moved on to Bangladesh and Vietnam. Economic growth, export surpluses and an undervalued renminbi began to have an impact on inflation. A structural crisis began to take shape in China, countered by an expansion of corporate debt.

China reoriented its economy. The industry was encouraged to develop its own brands and increase its innovative strength with measures such as the Made in China 2025 initiative. The markets for the new products were secured with protectionist measures. Each pioneering American company was met with a national giant: Alibaba instead of Amazon, Baidu instead of Google, Tencent instead of Facebook. Domestic demand was strengthened by expanding the service sector, but also by the aforementioned debt. But this met with mixed success. Share prices in China have slumped sharply since the beginning of the year.

The growth of China’s middle class has been accompanied by a rise in inequality. The Gini coefficient of inequality has risen considerably since 1980. It should be noted that the population at that time was equally poor, but regional disparities have increased. While the deepest hinterland has barely been industrialized, the major metropolises of Beijing, Shanghai and Tianjin offer their inhabitants an average per capita income of $9,000.

The middle class in China is still adjusting to the increased income; the savings rate is 40 percent. Investments are also being made in education. Today, more Chinese students study abroad than any other nationality. Moreover, China has become both the world’s largest manufacturer and consumer of automobiles. Half of the Chinese population now has access to the internet, opening up the online economy. The foreign travel market has risen from USD 20 billion to over USD 250 billion in just a few years. However, the most visited travel destinations remain regional ones – Hong Kong, Macao and Taiwan. 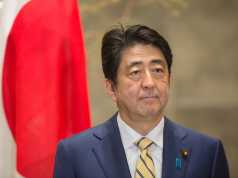 What does the future hold for “Abenomics” after Abe?

How can Singapore find its way out of recession?