China is the most populated nation on the planet, and the China economy has recently become the world’s largest in terms of purchasing power parity. Nevertheless, China is struggling with slower growth, and also the COVID-19 pandemic is taking its toll on the country’s economy.

But, according to the International Monetary Fund (IMF), China is one of the few economies poised to grow in 2020. However, the prediction of 1.2% growth is a sharp slowdown.

The mammoth Chinese population in excess of 1 billion people has contributed to the rise of the China economy, and helped catalyse rapid industrialisation in the country. However, the speed of urbanisation has also led to excessive levels of industrial pollution, with several Chinese cities frequently suffering from poor air quality. 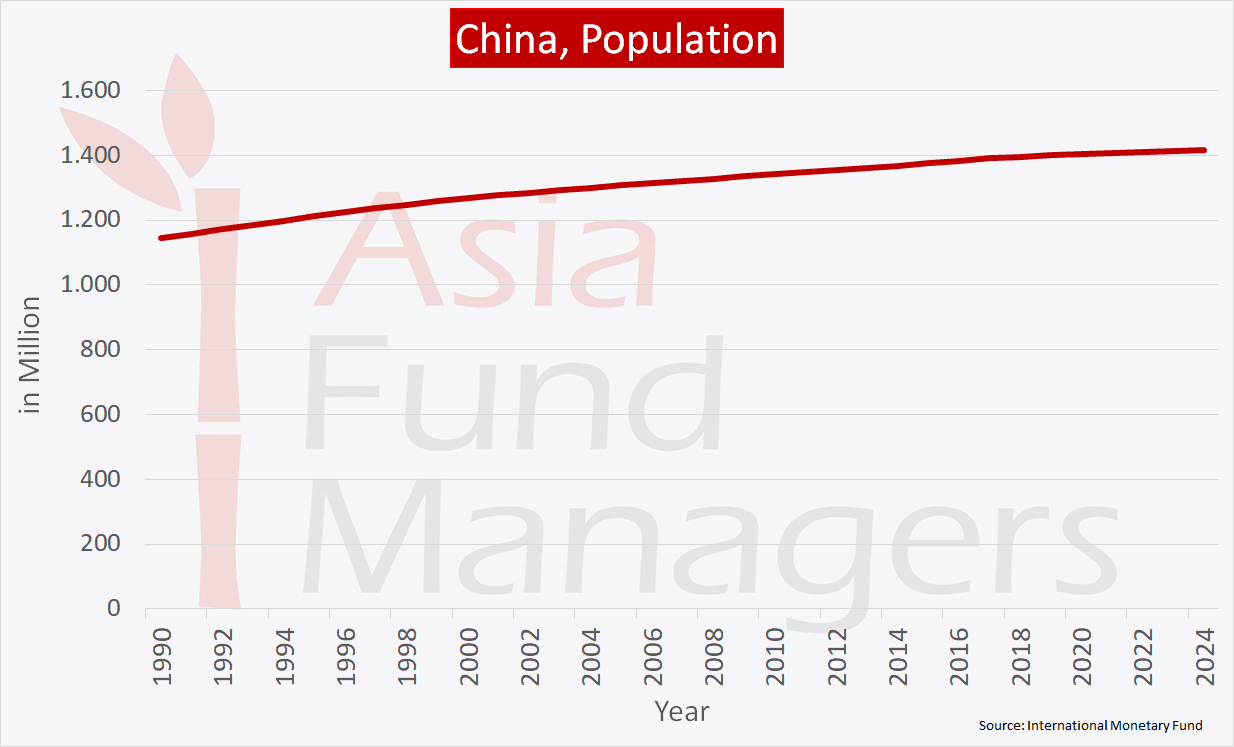 Chinese growth has been predicated on major economic reforms that were implemented in 1978. Then leader of the People’s Republic of China, Deng Xiaoping, made the decision to reform and ‘open up’ economic activity in the country. The result of this was the formation of what the Chinese authorities described as “Socialism with Chinese characteristics”, or a “socialist market economy”.

As a result of reforms instigated by Deng, the China economy has grown by an average of 6% annually over the last 30 years. By comparison, between 1950 and 1973 the GDP of China had increased by 2.9% annually. Thus, the reforms of Xiaoping have broadly been vindicated, and China has claimed an increasingly prominent position on the world stage as a consequence.

The China economy continues to be guided by five-year plans, with the thirteenth plan of this nature (2016-2020) currently in operation. However, despite the achievements of China, the country faces major demographic issues, with both a declining birth rate and greying population considered worrisome. There are also doubts regarding how much longer China can retain its growth, with recent figures indicating that its lengthy consecutive run of GDP expansion is beginning to slow. 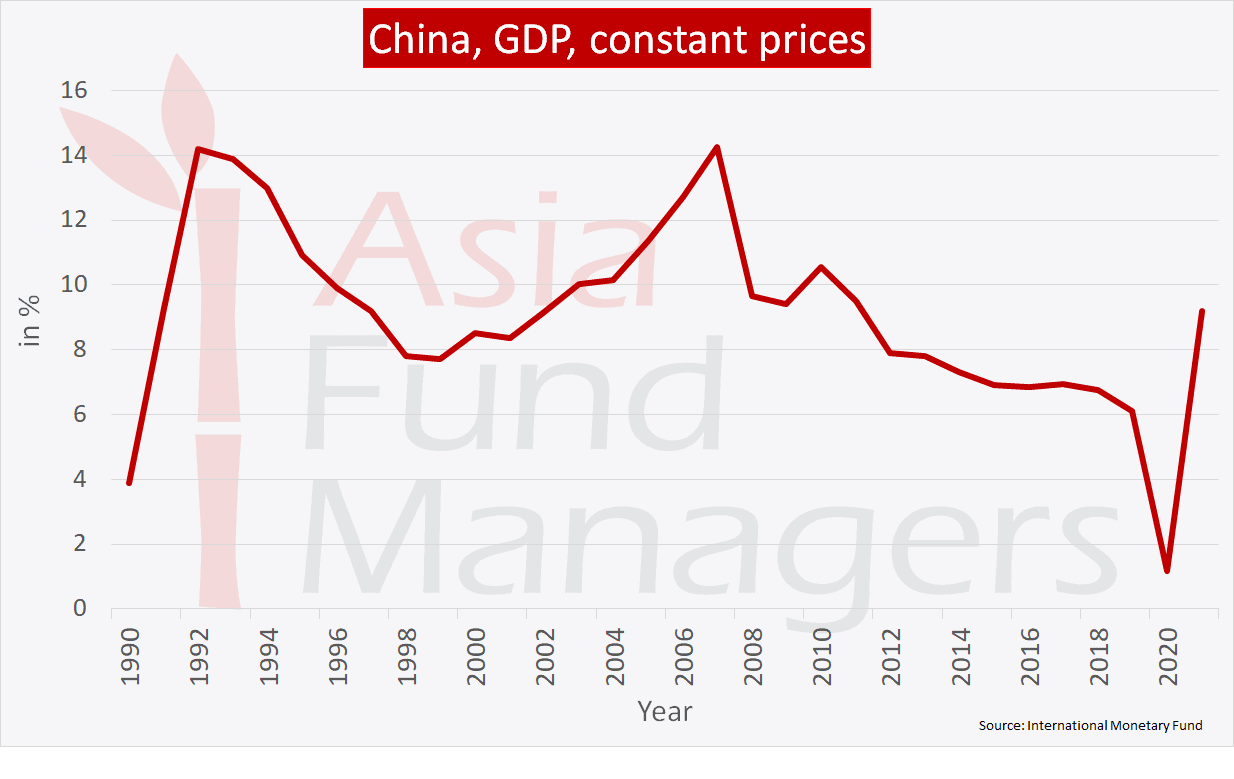 While the Chinese currency is more commonly known as the yuan internationally, its official name is Renminbi, which means People’s Currency in Chinese. Inflation has been steady in China in recent years, at around 2%, and 2.9% in 2019. 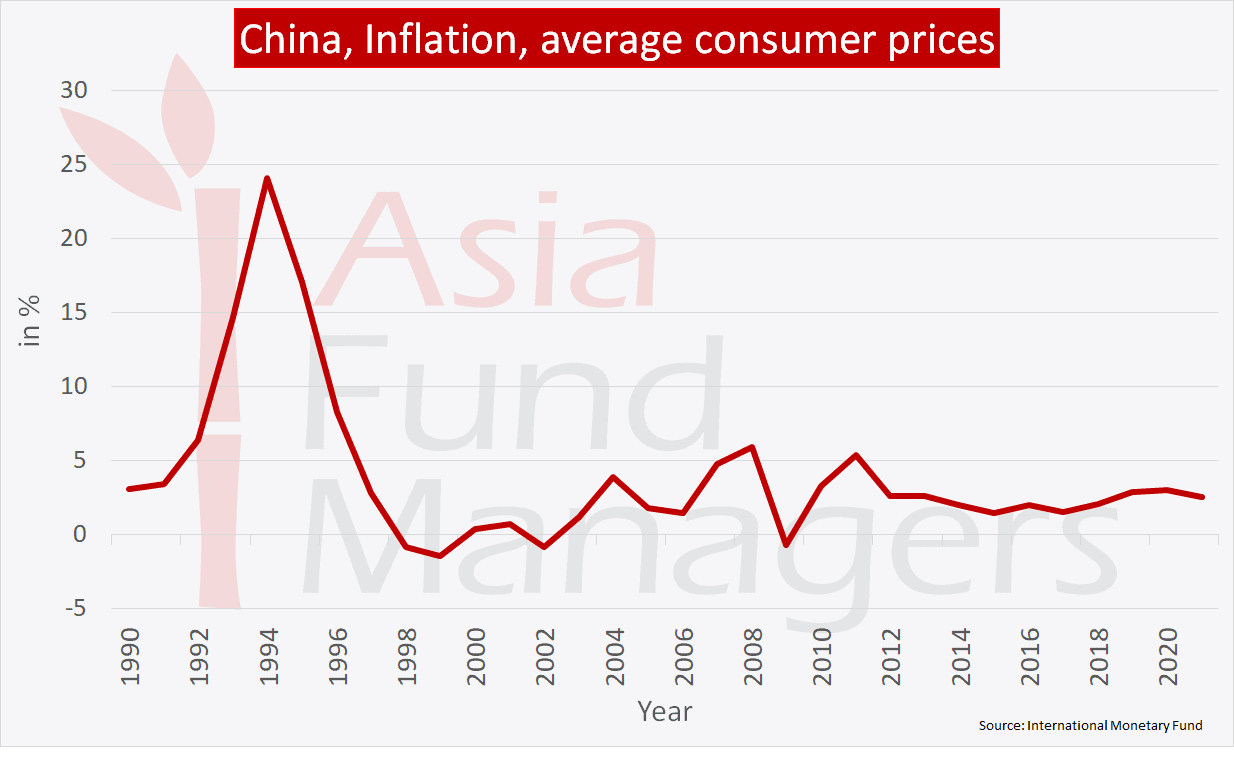 The People’s Bank of China (PBOC) acts as the central bank of the country, with the institution being based in Beijing. The PBOC possesses the largest financial asset holdings of any central bank in the world. It was formed after the creation of the People’s Republic of China in 1949, at which time the Huabei Bank, the Beihai Bank, and the Xibei Farmer Bank were amalgamated.

Central bank policy in China has been focused on a prudent approach, with recent statements indicating that the bank intends to enable the market to dictate currency exchange rate. The PBOC has also trimmed interest rates in an attempt to stimulate growth, with the Chinese economy showing signs of slowing marginally.

The China economy has been stable in recent years, and has become a focus of international attention due to its consistent and ongoing growth. However, competition from the United States will probably define the way that China develops going forward, as the current administration imposes trade tariffs on a nation that it views as a rival.

China has attracted attention as it is closing the gap on the US economically, thus threatening its geopolitical hegemony. In particular, China has invested heavily in technology, which is beginning to bear fruit, hence the suspicion in the West of companies such as Huawei.

However, despite the fact that there has, at times, been frostiness between China and the United States, relations between the two countries are still relatively cooperative. A US-China trade deal has been an economic focus of the Trump administration, and the nations would seem to have a more favourable relationship than, for example, the US and the Soviet Union had during the Cold War. China also remains reliant on the US market for exports, and while it has taken steps to reduce this, the likelihood is that this reliance will continue for many years.

China has become an industrial powerhouse, with an incredibly strong manufacturing base. Indeed, it has become the world’s largest exporter of goods, with the most prolific manufacturing sector of any country. However, as economic conditions for the average Chinese person continue to improve, China has also become the second-largest importer of goods. Meanwhile, China also boasts the world’s fastest-growing consumer market.

Aside from its strong manufacturing base, China is also hugely productive in agriculture. Indeed, the country is also the world’s largest producer and consumer of agricultural products. China employs a staggering 300 million workers in this key industrial sector, with virtually all arable land in the country being utilised for growing arable crops. Historically, agriculture was hugely significant for the China economy, but today, following significant diversification, agriculture contributes 13% of China’s GDP, with this figure expected to fall further in the future.

As China’s economy has rapidly developed, so its role in international trade has matured. At this point, China is the largest trading nation in the world. China’s contemporary trading policies have been far less insular and more outward-looking than has been the case historically, meaning that the country has become a member of the World Trade Organization, and has entered into a variety of free trade agreements, with ASEAN, Australia, New Zealand, Pakistan, South Korea and Switzerland, among others.

According to the Global Competitiveness Report published by the World Economic Forum in 2019, China ranks 28th among the 141 nations surveyed. China is also ranked 31st among the 190 economies ranked in the World Bank’s Ease of Doing Business ratings, improving from 46th in 2018. This also represents a rapid ascent in the China economy, as the country had been ranked in 96th position in this authoritative ranking list just six years ago. Also, China is catching up with other big players in the region and globally.

The Heritage Foundation has been somewhat critical, though, of the level of economic freedom in China. According to the American conservative think tank, China’s economic freedom ranks it 110th among nations; below average for both the planet as a whole, and Asia-Pacific region in which it is located. The Heritage Foundation acknowledged that the Chinese authorities have taken steps to integrate the nation into the global economy, but noted that its economy is dominated by state-owned industries, with little momentum for reform.

There are two major stock exchanges in China, with the Shanghai Stock Exchange being the larger and more prominent of the two. The Shanghai Stock Exchange is the fourth largest in the world – behind Tokyo, NASDAQ, and New York – with a market capitalisation in excess of $5.5 trillion. However, its development has arguably be impeded by capital controls and the blocking of foreign investment imposed by the Chinese authorities.

The Shenzhen Stock Exchange (SZSE) also handles a large amount of business, with its market capitalisation of around $2.25 trillion making it the eighth largest on the planet. The Shenzhen Stock Exchange is situated in the Futian district of Shenzhen. China’s capital markets continue to develop, with stock, bond, futures and other derivatives all available, alongside the private equity market.

Considering the size of China as a country, it’s perhaps not surprising that it boasts an array of stock indices. The most important Chinese index (excl. Hong Kong) is the Shanghai Stock Exchange Composite Index. It is a capitalization-weighted index, like the Standard & Poor’s 500. The biggest index at SZSE is the Shenzhen Index. It tracks the stock prices of all A and B shares on the Shenzhen exchange and is also capitalization-weighted.

The government in China has taken significant steps to liberalise its bond market in recent years, such as relaxing market access management, and lifting quota restrictions. This has resulted in overseas institutional investors ploughing 1.75 trillion yuan into the Chinese market. And the influx of foreign investment into the Chinese bond market accounts of 80% of investment overall in emerging economies.

The Chinese real estate market has been increasing steadily for many years, as a result of the general economic progress in the country. The average house price in China is 14,678 yuan ($2,136) per square meter. Generally, property is seen as being expensive in China, particularly for a population that is still yet to reach the levels of income that are typical in Western nations.

And there are also huge regional differences between house prices in China, with the priciest districts being in the principle cities. Thus, in Beijing property costs $14,767.73 per square meter, making it the sixth priciest city in the world, behind Monte Carlo, Hong Kong, Singapore, London, and Seoul.

Historically, China forbids overseas investment in property. However, there have also been efforts in recent years to lift capital market restrictions for foreign investors in the Chinese housing market, which has resulted in some investment from overseas sources. For example, the United States private equity group Blackstone has invested heavily in the Chinese real estate market in recent years.

Nonetheless, strict restrictions remain in place, not least the fact that land in China belongs to the State as a result of the country’s 1982 Constitution, which calls for “socialist public ownership” of any means of production. This is problematical, as house prices in China have risen rapidly following the explosion in the country’s economy. This has led to a situation in which millions of apartments lay dormant due to escalating house prices, but foreign investors who could purchase them are still limited by strenuous restrictions. 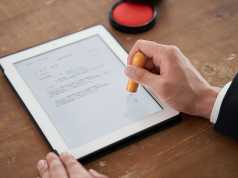 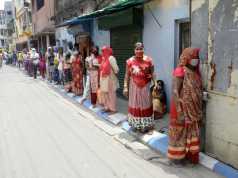 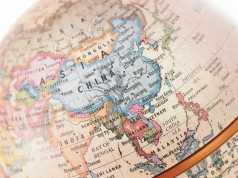