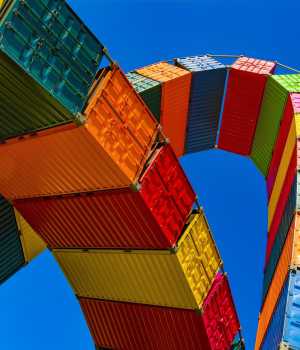 Despite rising trade tensions and calls for decoupling from China by the developed countries, particularly the US, the country’s competitive advantage in exports and its role in global supply chains seems to remain intact, recent studies found.

According to a new study by Harvard University’s Growth Lab, China’s exports are now at the level of having nearly filled all known areas of global products. The study showed that China was able to increase its global ranking by exporting to other regions, driven by diversifying its exports.

Especially the technological level of China’s exports grew. As per the Economic Complexity Index (ECI) ranking, which measures the diversity and technological sophistication of goods exported by a country as well as the volume of exports, China ranked 16th globally when judged by the complexity of its exports in 2019, up by three places. In the meanwhile, the US ranked 11th, with the gap between the world’s two largest economies more than halving over the past decade. The study also predicts that China’s export performance moved ahead of more developed countries in the ranking.

“There are signs that China will continue to gain market share in sectors because it was able to keep production going,” Tim Cheston, senior research manager at the Harvard University’s Growth Lab said.

Failure of US’ decoupling push?

According to Louis Kuijs, Head of Asia Economics at Oxford Economics, the demand for Chinese exports to developing countries expanded rapidly last year and in the first half of 2021, supported by generous fiscal expansions. This was in addition to sizeable exports of protective equipment that started to be produced quickly in China.

“The gains were due to the specific nature of the recent increase in demand for imports in the developed world, which was fuelled by a temporary shift from services consumption to goods consumption and a surge in work-from-home (WFH) related items,” Kuijs told AsiaFundManagers.com.

“I think that the strong performance of China’s exports in the last two years, with their market share in developed countries rising substantially, shows how “sticky” the global supply chains – in which China’s manufacturing sector plays a key role – are,” he added.

The US is trying to decouple with China, but mostly ineffective as of now, Kuijs suggested. He explained that the US decoupled to some extent from China after the Trump administration imposed steep tariffs on almost all imports from the country in 2018. This led to a pronounced decline in China’s market share in the US.

“However, since early 2020 China’s market share in the US has been rising again, as US multinationals and importers find it hard to source the large amounts of consumer and/or electronic goods that they are looking for amid booming goods consumption,” Kuijs said.

As per official data by Chinese customs released last week, China’s exports to its third-largest trading partner – US – surged by 36.9% in US dollar terms, while imports from the country hiked by 50.4%. Overall, China’s trade with the US surged by 40% on a yearly basis to $404.6 bn in the first seven months of 2021.

Recent data suggests a slowdown in China’s export growth, due to extreme weather conditions, coupled with Delta variant outbreaks that disrupted production and shipping in parts of China. In July, China’s export numbers rose 19.3% from a year earlier, data from the General Administration of Customs showed. This was, however, a retreat from June’s 32.2% year-over-year gain.

However, gradual global economic recovery and strong world import demand should continue to underpin demand for Chinese products in the latter half of the year, Oxford Economics suggests.