China’s Covid-19 vaccines have gained increasing recognition for their vaccine rollouts in developing Asia. Beijing’s proactive vaccine distribution in developing countries during the first half of 2021 has positioned China as part of the global solution to the pandemic. The expansion in market share of coronavirus vaccines is attributed to the country’s progress in vaccine production and sufficient supplies.

A major Covid-19 surge across Asia has strengthened reliance on Chinese-made vaccines. Most South-East Asian countries are still struggling to control Covid-19 outbreaks. The region is currently facing a deadly surge of cases, driven by infectious new variants.

According to the National Health Commission, China has provided more than 350 million doses of its Covid-19 vaccines overseas. Another 763 million doses had been administered in the country. Some 500 million doses of Chinese vaccines have been ordered by foreign countries so far, as per reports by state media.

As per experts, China’s expansion in market share for vaccines could accelerate expectations of the pace of recovery in Asia’s emerging markets. Not only that, it could also help in the reopening of the tourism sector in the battered economies of Southeast Asia.

China has led vaccine distribution through a mix of donations and larger sales contracts. According to the Covid19 Vaccine Market Dashboard by Unicef, China has donated a total of 22.37 million doses to total of 84 countries in the last six months. The country is now scaling up production to ensure a balance between domestic vaccine roll-outs and global supplies.

As per Dr Zeng Yixin, deputy head of the National Health Commission, China’s No. 1 priority for the global fight against the Covid-19 pandemic is to “expand and accelerate mass vaccination, which rests on boosting vaccine production and promoting equitable access.”

WHO approved China’s Sinovac vaccine is already a key part of the vaccine rollout in several major South-East Asian countries. The Chinese drugmaker Sinovac Biotech Ltd said it supplied more than 600 million doses of its vaccine at home and abroad as of the end of May.

Authorities in Vietnam approved shots made by Sinovac vaccine last week, alongside the AstraZeneca vaccine and Russia’s Sputnik V. China has reportedly pledged to provide Vietnam with 500,000 doses of the Sinopharm vaccine.

Recently, China also agreed to contribute 500,000 doses of Covid-19 vaccines to Malaysia. Another million doses of Chinese vaccines also arrived in Cambodia that is largely depended on China-made vaccines, mainly developed by state firm Sinopharm. Also Indonesia is heavily reliant on Sinovac vaccines. It has received 95 million doses from China so far with the majority coming from Sinovac. The Philippine government has also ordered 26 million from China’s Sinovac.

For assistance in the supply of Covid-19 vaccines, India started the Vaccine Friendship initiative in early 2021. Under the initiative, the country delivered around 64.5 million doses of the Oxford-AstraZeneca vaccine which is produced locally by Serum Institute of India (SII), the world’s largest vaccine maker.

However, India banned exports again after facing supply shortages of vaccines as infection numbers soared due to the second wave in April. As a result, SII had to notify potential delays to 64 countries for delivering up to 50 million promised doses. Thus, many of these countries turned to China for Covid-19 vaccines.

Amongst orthers, Sri Lanka received a total of 1.1 million doses of vaccines by China’s Sinopharm Group. Furthermore, Beijing promised an additional one million shots to Nepal and has signed an agreement with Bangladesh for 15 million doses. 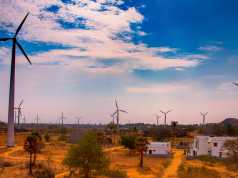