Home Asset Managers China’s state-owned enterprises – a cause for concern?

Up to now, when Chinese state-owned companies got into payment difficulties, the People’s Republic usually stepped in. But not every defaulting state-owned enterprise will be able to rely on Beijing’s support in the future. Credit investors should therefore focus on healthy companies with the help of fundamental analyses, writes Sheldon Chan, Portfolio Manager Asia Credit Bond Strategy, at T. Rowe Price, in his guest article.

China’s state-owned enterprises (SOEs) originally formed the backbone of China’s modern economy and were tasked with meeting official production quotas. Although the role of private enterprise has since surged in tandem with China’s economic boom, SOEs continue to occupy a significant space in China’s economy.

After decades of consolidation, streamlining operations, implementing market‑based ownership mechanisms, and improving corporate governance, the SOEs of today are significantly different entities from before.

However, the state-owned companies have taken on a lot of debt on the bond markets in recent years. The fact that these debt instruments were not serviced was rather a rarity in the Middle Kingdom. Because the state leadership had no interest in bankruptcies, the defaulting loans were simply taken over.

The days of a guaranteed state bail-out may now be over. An increase in Chinese SOE credit events signals rising tolerance for defaults as policymakers focus on deleveraging and reducing risks in the financial system. In 2020, SOEs accounted for just more than half of onshore bond defaults in China.

This is a significant reversal of the previous trend where private enterprise produced the majority of defaults. With a combined sum of about RMB 80 billion in default, that amount marks the highest level since 2014 when China first allowed onshore defaults as part of broader market‑based reforms.

The background to the state leadership’s increasing tolerance of such defaults is the recent reforms of the state enterprise sector. They have been undertaken against the backdrop of China’s attempt to shift away from an export‑led economic model to one that is more balanced and focused on higher-quality and more sustainable growth. In support of these aims, the government has committed to reducing leverage in the financials sector.

The intention behind this was made clear in the report issued by the Ministry of Finance at the recent convening of the National People’s Congress in April when it highlighted a commitment to “step up management of local government debt, make solid progress in defusing risks related to hidden local government debt, and promote sustainable fiscal development.” Or in other words: government support would not be extended to all SOEs.

Questions regarding implicit government support for SOEs resurfaced when China Huarong Asset Management saw sharp trading volatility in its offshore U.S. dollar‑denominated bonds after delaying the release of its annual results due on March 31. In response, Moody’s, Fitch Ratings, and S&P Global Ratings all announced that the company had been placed under review for a potential ratings downgrade due to uncertainty caused by the lack of transparency.

The developments triggered significant volatility in the offshore dollar bonds issued by Huarong International, a wholly owned subsidiary of China Huarong. We feel that this volatility was partly due to the size of the parent company, China Huarong.

Established in 1999 by the government to acquire distressed debt following the Asian financial crisis, China Huarong is one of the country’s largest asset managers and is majority‑owned by the Ministry of Finance. Since the arrest of its former chairman, Lai Xiaomin, in 2018, it has sought to restructure its operations and renew focus on its traditional business of distressed asset management.

In the wake of turbulence, other dollar bond SOE issuers also saw spreads widen initially but since tighten over the same time frame, suggesting that contagion was limited to the most obviously troubled areas of the bond market.

China Huarong is not the only case that has upset the markets. There have been some examples in autumn in smaller, local SOEs. In November, Tsinghua Unigroup, a technology company affiliated with one of China’s top universities, defaulted on a RMB 1.3 billion bond and two dollar bonds valued at about USD 1 billion. Other examples are Yongcheng Coal and Electricity Holdings Group, a coal miner based in Henan Province, or Brilliance Auto Group, which operates a joint venture with BMW.

The above cases raise the question of how the issue of government (non-)support for troubled SOEs should be factored into bond prices. Given the increased uncertainty that implicit government support may not be readily available to troubled or underperforming entities, Asia credit investors should be cautious.

A rigorous, bottom‑up research process could help to identify underperforming companies that may not readily receive government support in the future, as well as high-quality entities that are potentially better equipped to withstand any unexpected volatility.

Diversifying exposure within the region and optimizing allocations within specific markets may help manage volatility during periods of market reform.

Sheldon Chan is the portfolio manager of T. Rowe Price’s Asia Credit Bond Strategy. He has been with the firm since 2011. Prior to this, Sheldon was employed by HSBC in Hong Kong and London as a director and credit analyst in fixed income research. 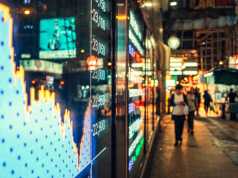 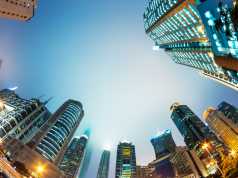 Asia’s Real Estate back to normalcy? 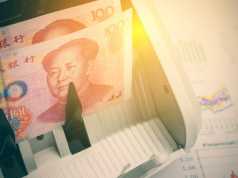