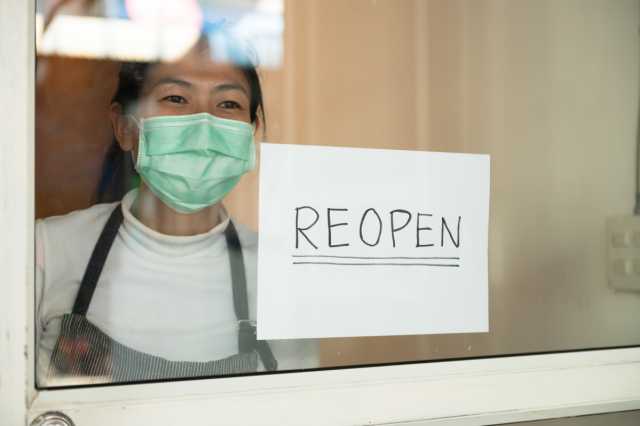 The impact of stimulus payments on Asia’s economic recovery has varied across countries. Governments used different approaches to the Covid-19 stimulus. Collectively, India, Indonesia, the Philippines, Singapore, and South Korea have injected $884 bn in stimulus to address the effects of the pandemic on their economies. China’s stimulus package, on the other hand, focused on bolstering businesses and government investments.

Most economies from Asia have geared toward rescue efforts initially and ultimately for economic recovery. In 2020, both the World Bank and the International Monetary Fund (IMF) estimated a global gross domestic product (GDP) contraction of over 4% as a result of the pandemic. Since the virus outbreak in February 2020, Asian countries have announced trillions of dollars in stimulus packages.

Several countries in Asia rolled out direct stimulus payments to address the economic impact of Covid-19 and boost consumer spending.

In terms of stimulus size as a percentage of GDP, Singapore actually provided the largest share at 24%, while South Korea was at 20%. India followed them at 12%, Indonesia at 6%, and the Philippines at 4%.

South Korea set aside funding for various programs providing loans and other financial assistance to businesses and workers. Its central bank, the Bank of Korea, bought local bonds to help prevent a possible liquidity crunch and bonds issued by public enterprises.

Singapore’s allotted $8.3 bn for its Covid-19 Resilience Package. This extended the current schemes that provided assistance to businesses and saved jobs through wage subsidies. The program also offered working capital for businesses and targeted support for highly affected industries such as aviation.

Aside from the fiscal stimulus, India’s Cabinet approved almost $27 bn worth of incentives over five years to manufacturers. These incentives covered several industries, including textiles, pharmaceuticals, and automobile production in India.

Meanwhile, Taiwan announced this month its plan for an additional $7.5 bn in spending to help its economy cope with the pandemic. The country reported 13 new domestic cases on May 13, causing a 1.5% fall in its benchmark stock index. Taiwan has only reported a total of 1,256 infections so far.

In Japan, stimulus measures, including the $918 payments to all eligible residents, were able to boost disposable income by 4% in the fiscal year 2020. Unfortunately, average monthly consumer spending still fell by 4.7% during the year.  Most of the money went into savings as people reduced their spending on things such as clothes and restaurants while most of them work from home. The resulting surge in utility spending was not able to fuel consumer spending in general.

China took a different route from other economies in using its stimulus funds. Other countries made direct cash transfers to their people to help offset the potential income losses from the pandemic. On the other hand, China’s stimulus package provided relief to businesses and government investments.

The majority of the $500 bn stimulus package announced by China in May 2020 was used on infrastructure spending. This was done in order to boost job creation and new loans and repayment deferrals for businesses. China’s approach was predicated on its economy’s ability to create jobs in a top-down manner.

Over 30% of the country’s total GDP and employment comes from its state-owned enterprises (SOEs). With the government as their shareholder, these SOEs are able to prioritize maintaining employment and paying salaries over short-term profits and revenues.

A similar approach to the China stimulus package has been used by fellow Asian economy Vietnam. Businesses were granted deferment of corporate tax payments and received financial assistance from the Vietnamese government. Vietnam’s SOEs make up more than 40% of the country’s total GDP and employment.

Scaling back on stimulus efforts

While other countries continue to struggle to revive their economies, China has been moving towards scaling back on its economic stimulus efforts. This was after the country registered a 2.3% GDP growth in 2020. China faces the challenge of cutting back on stimulus without affecting its economic growth or triggering a broader market instability.

This tightening economic policy was evident in China. This was after the Chinese parliament announced that it is setting its 2021 GDP growth target at above 6% in March. This is relatively lower than the IMF forecast of 8.4% GDP growth for China for the year.

It has lowered the fiscal deficit target to 3.2% in 2021, signaling a more restrictive fiscal policy. In 2020, the fiscal target stood at 3.6%. The quota for local government special bonds, that is used for financing infrastructure projects has also been lowered. The quota currently stands at $560 bn this year from $576 bn last year.

In March, China’s Premier Li Keqiang said that the country will make proper but moderate policy adjustments as the economy resumes its growth. The premier assured that new structural policies such as tax and fee cuts would be introduced to lessen the impact of phasing out its current temporary policies.