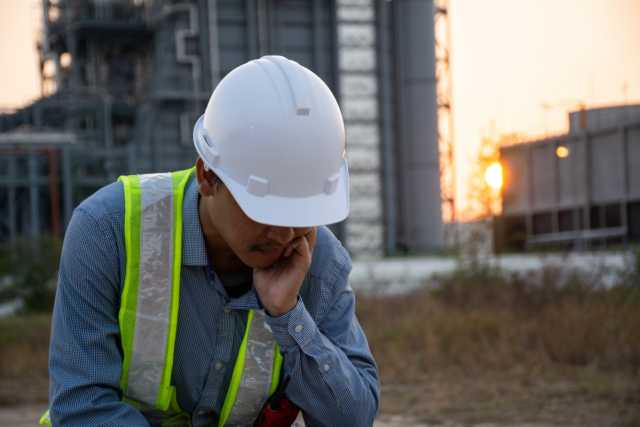 Almost 1,5 years after the outbreak of the coronavirus pandemic, Covid-19 is still a major worry for the world. According to Ipsos May 2021 poll “What Worries the World”, 42% worldwide say coronavirus is one of the biggest issues facing their country today. Unemployment is the second greatest worry. Indeed, the pandemic with countermeasures like lockdowns and travel restrictions has fueled unemployment rates across the globe. In Asia, tourism is one of the most important sectors in many established and growing economies. These have felt the effects particularly hard, with month-long closures in the travel and leisure industry.

Major governments have presented roadmaps for a gradual recovery from unemployment issues. However, experts believe that nations need to further review, adjust and reform their systems and policies to restore employment balance.

Bigger nations like Japan or China have demonstrated promising signs recently. On the other hand, India, Indonesia, and the Philippines are still struggling to weather the pandemic-induced unemployment.

Thanks to solid infrastructure and intense government funding, Japan has managed to counter its unemployment crisis better than other nations. Japan’s unemployment rate fell to 2.6% in May 2021, from 3.0% in December 2020. It is expected to circle around 2.7% for the year 2021, as per independent macro research firm Capital Economics. In comparison, last year the unemployment rate in Japan was at about 2.34%.

One of the biggest employers in Japan-the healthcare industry has boosted recovery due to the pandemic, which played a vital role in easing Japan’s unemployment rate. However, the services sector is the most affected sector due to the pandemic. In addition to that, the country has further activated a new state of emergency in early May. Led by the ease of international trade restrictions, Japan’s manufacturing giants have rebounded by exporting their products worldwide at near-record levels. This has further helped the unemployment issue.

China struggeling with shortage of labor

China’s job market has been on a steady path to recovery in 2021, thanks to its industrial backbones. The industrial output of the second-largest economy in the world expanded by 9.8% compared to 2020. At the same time, China was able to lower its jobless rate from 5.4% in January 2021 to 5.1% in April 2021, official data showed. This is higher than the 4.2% recorded annually in 2020.

China’s urban unemployment rate eased to 5.1% in April 2021, compared to 5.3% in the previous month and 6.0% in the same period last year. But young people are still having a hard time finding jobs. The National Bureau of Statistics (NBS) said that the country is still struggling with a shortage of labor and a high number of unemployed graduates. But experts believe that China’s international trade can return to a state of normalcy with increasing vaccine rollouts across the globe. This will in turn get China’s economy back on its feet and help balance the unemployment rate in the nation.

As per the Malaysian Industrial Development Finance (MIDF) Research, the labor force continues to expand and reached a new high in February this year, contributing to the decline in the jobless rate. This was despite the extension of Movement Control Order (MCO) 2.0 in almost all states to control the surging cases. Datuk Saravanan, the Minister of Human Resources, stated that the unemployment rate would drop to 4.3% in 2021.

Since January 2021, India has experienced an unprecedented surge in the number of Covid-19 cases. With more than 250,000 confirmed daily cases, India had to re-impose strict lockdown protocols for containing this unprecedented rise. This has led to a weak employment outlook in India, the world’s second-highest populated country after China. According to the Centre for Monitoring Indian Economy (CMIE), the jobless rate in India reached roughly 8% in April 2021, rising to a four-month high from 6.5% in March. Resulting in an alarming unemployment crisis, the jobless rate is impacting over 120 million unorganized workers. As per the CMIE data, India’s unemployment rate had reached 7.11% in December last year.

Indonesia, the largest economy in Southeast Asia, also struggles with the rising rate of joblessness. While Indonesia has managed to keep daily Covid-19 cases under 5,000, severe lockdowns have remained heavily in place. For example, in April 2021, the government banned people from returning to Indonesia during Ramadan. Data by Indonesia Statistics Office suggested that at least 29.12 million people within Indonesia’s productive demography were affected by the pandemic. The national unemployment rate in February 2021 remained at a high 6.26%, amounting to 8.75 million unemployed workers, according to data by Statistics Indonesia (BPS). This was, however a drop from 7% in 2020, led by the government’s protective actions. Meanwhile, the government allocated Rp 37 trn to a subsidy and training program for unemployed workers and extended the schedule for 2021.

However, the number of old and young people entering the labor force spiked amid the ease of lockdown restrictions. In March, the country posted a 7.1% jobless rate, equivalent to 4.2 million Filipinos. This was the lowest rate recorded since April last year when it recorded a jobless rate of 17.7%. On a monthly basis, the number of unemployed in the nation dropped to 3.4 million compared to 4.2 million in February.