In Hong Kong, hundreds of thousands of people have been protesting for weeks against a controversial bill that would allow the extradition of criminal suspects to mainland China. Meanwhile, Hong Kong’s leader, Chief Executive Carrie Lam, decided to suspend the bill, but protesters vowed to keep up their campaign for the withdrawal of the extradition bill. What is the reason for the turmoil? Here is what you need to know about the proposed extradition law.

What is the Hong Kong extradition law?

Earlier this year, Hong Kong revived a motion to amend its extradition law. Currently, the city has extradition treaties with 20 countries. The planned move would extend beyond those 20 countries to include mainland China. The amendment was proposed following a recent legal dilemma: a Hong Kong man accused of killing his pregnant girlfriend in Taiwan was not able to be transferred for trial because the two governments do not have an extradition treaty. The amended bill seeks to close this legal loophole.

What is the reason for the Hong Kong protests?

Activists criticize the plans because the law would also pave the way for fugitives to be sent to mainland China. Legal experts have been denouncing unfair trials for a long time with the Communist Party’s control over courts and prosecutions. Furthermore, critics claim it endangers Hong Kong’s autonomy from China, which was guaranteed under the “one country, two systems” legal framework.

Business groups also fear damage to the city’s reputation as a financial hub that is safeguarded by an independent judiciary system.

So far, protests peaked on June 16th, with the largest demonstration in Hong Kong’s history. Organizers spoke of 2 million protesters, with the official police count at 338,000 protestors at its peak. The protests came after Lam suspended the extradition bill a day earlier. Activists say the suspension does not go far enough. They demand the bill be scrapped and also call for Lam to resign.

The day after the massive protests, Lam apologised to the public. She admitted in an official statement that “shortcomings in the government’s work have led to much conflict and dispute in Hong Kong society and have disappointed and distressed many citizens”.

This morning, hundreds of protesters have taken to the streets again. They demand the complete withdrawal of the extradition law and the resignation of chief executive Lam. 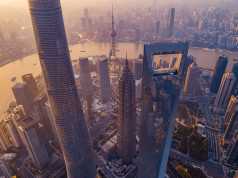