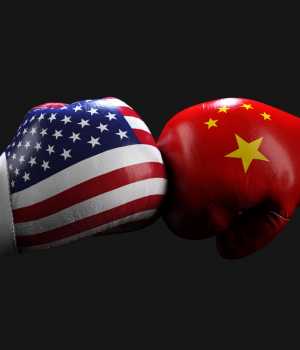 In this commentary, Janus Henderson Investors’ global technology portfolio managers Alison Porter, Graeme Clark and Richard Clode provide their views on the latest US restrictions imposed on Huawei and the implications for the wider semiconductor industry.

While investors have generally looked at these restrictions through the prism of the trade war, we have consistently viewed this as a national security issue. In the press release announcing the new restrictions, US Secretary of Commerce Wilbur Ross said: “We must amend our rules exploited by Huawei and HiSilicon and prevent US technologies from enabling malign activities contrary to US national security and foreign policy interests.” And in the special briefing accompanying the announcement of the new restrictions, the Under Secretary for Economic Growth, Energy and the Environment quoted: “Huawei is a PRC state-supported firm serving as a tool for the Chinese Communist Party.”

After prohibiting the use of Huawei telecom equipment in the US, when aggressive diplomatic interventions proved ineffective in stopping Huawei being included in the 5G network rollout plans of allies, the US pivoted to a strategy of cutting off Huawei from US technology and intellectual property. In May 2019 Huawei and its affiliates were added to the US Entity List, requiring a license for any product where 25% or more of the intellectual property was of US origin. However, a combination of Huawei insourcing components to its internal semiconductor division, HiSilicon, as well as global semiconductor suppliers circumventing the so-called de minimis rule1 by arguing that they fell below the 25% threshold, led to Huawei continuing to be able to operate with limited impact to the rollout of its telecom equipment in China or globally.

In response to that and following lobbying from the US Semiconductor Industry Association (SIA) warning of the detrimental impact of any broad‑based restrictions, the new measures announced appear to be directly targeted at Huawei and its affiliates, focusing specifically on Huawei’s own chip designs and their manufacture, moving away from the de minimis 25% threshold to a new direct product licensing framework.

Implications for Huawei and TSMC

With annual sales of more than US$120bn, selling nearly 240 million smartphones last year and the largest telecommunications equipment company in the world, Huawei is one of the biggest and most important technology companies and the largest procurer of semiconductors globally. Following the shock of the 2019 restrictions, the direct impact from these new restrictions is likely to be more limited, as most global semiconductor companies had already significantly reduced their exposure to Huawei. But new areas are now under threat.

TSMC is the largest foundry in the world and Huawei is a key customer, having been a key enabler of Huawei’s insourcing strategy. The 2019 restrictions did not impact TSMC as they were able to fall beneath the 25% de minimis rule, and as a result Huawei grew to be one of TSMC’s largest customers. However, the new restrictions are deliberately designed to close this loophole. Hopes that TSMC’s commitment to build an inaugural semiconductor foundry in the US was a quid pro quo for a de‑escalation were dashed with the announcement of the new restrictions.

The new rules also bring into scope semiconductor equipment and electronic design automation (EDA) tools for the first time. A chip designed for Huawei or its affiliates cannot be shipped without a license if it utilises US software to design it or US equipment to manufacture it. Given the US dominates both sectors, that is effectively shutting off Huawei’s chip design capability given any license application starts with the presumption of denial.

Implications for China too

The new rules are effective from 15 May and while there is a grace period for any chips in production, foundries are prohibited from taking new orders from Huawei. The media reported that TSMC has already complied despite reported attempts by Huawei to put in a US$700m rush order. Huawei is one of TSMC’s largest customers, so this has a significant impact on TSMC.

The new restrictions bring semiconductor equipment into the scope of US licensing, and also potentially impacts semiconductor equipment spending in China, which has been very strong in anticipation of further restrictions. The largest domestic foundry, Semiconductor Manufacturing International Corporation (SMIC), recently announced a significant increase in capital spending plans to US$4.3bn, while China Integrated Circuit Industry Investment Fund and the Shanghai Integrated Circuit Industry Investment Fund (both state-backed funds), had recently announced a capital injection of more than US$2bn into SMIC’s leading edge factory in Shanghai. Given both plans are heavily reliant on US semiconductor equipment and Huawei, they now seem very uncertain. Both TSMC and SMIC would risk being added to the US Entity List if they defied the new rules.

Within our portfolios we have been more cautious on the semiconductor equipment sector for a while now and began reducing our underweight to TSMC last year and existed the holding earlier this year; the decision was based on the company’s large exposure to smartphones and potential order cuts arising from the US imposing trade restrictions on Huawei.

Beyond the direct risks, the key concern ahead is escalation and the response from China. The original Huawei restrictions brought a stinging rebuke from China and the threat of an ‘unreliable entities list.’ However, this threat was not realised, and it remains unclear who would be on it and what impact it would have. The new rules have drawn a similar response. The technology industries in the US and China have become increasingly localised with few major US or global technology companies with significant exposure to China. The obvious exceptions are Apple and Qualcomm. We remain mindful of the risk of these companies being used as ‘pawns’ in this dispute.

This technology and national security dispute remains intertwined with the trade war and now the COVID-19 blame game heading into the US presidential election later this year. Any de‑escalation will likely involve all three elements of technology, COVID-19 and trade. This complicates a resolution, particularly with Trump keen to focus the narrative on China heading into the election, given a weak economy and criticism of the handling of the pandemic — China could benefit from waiting it out to see who is in the White House next year.

1De minimis rule: dictates how much US content in a foreign-made product allowing the US government authority to regulate an export. 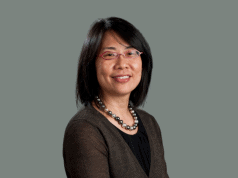 How are Asian equities responding to the current crisis? 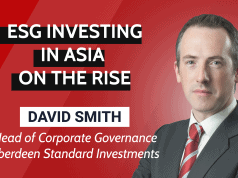 ESG Investing in Asia on the Rise 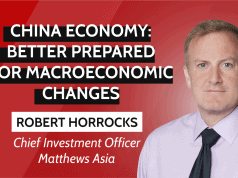