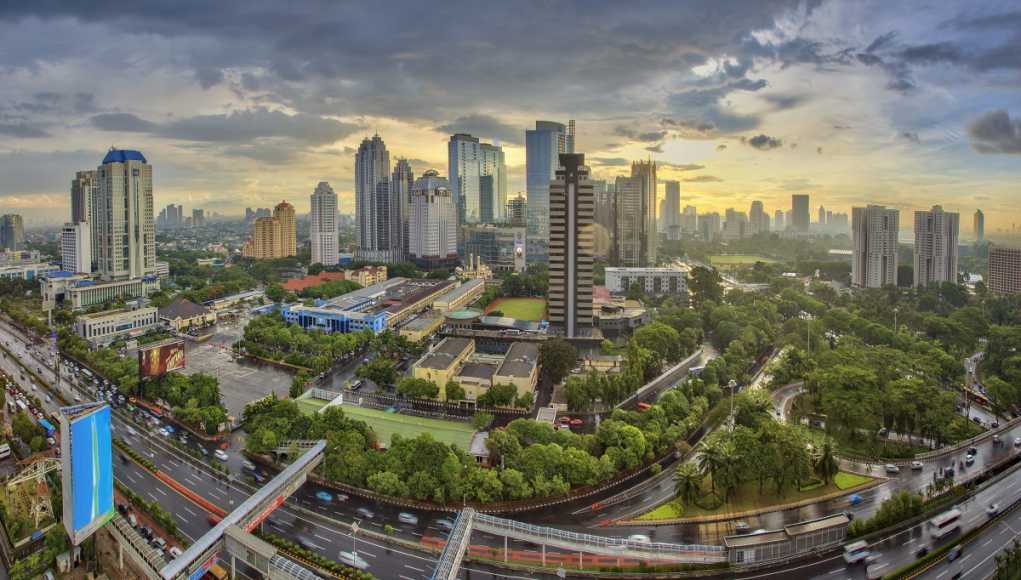 Global economy faces deep recession due to the Covid-19 pandemic. Indonesia’s economic growth, however, is expected to remain positive. But, the International Monetary Fund (IMF) lowered its growth projection for the country to 0.5 percent from 5.1 percent in its previous October projection.

For 2021, the IMF already expects a recovery with 8.2 percent expansion. That would be the highest growth rate seen since 1995. This, amongst others, makes Indonesia a country for investors’ watch lists. 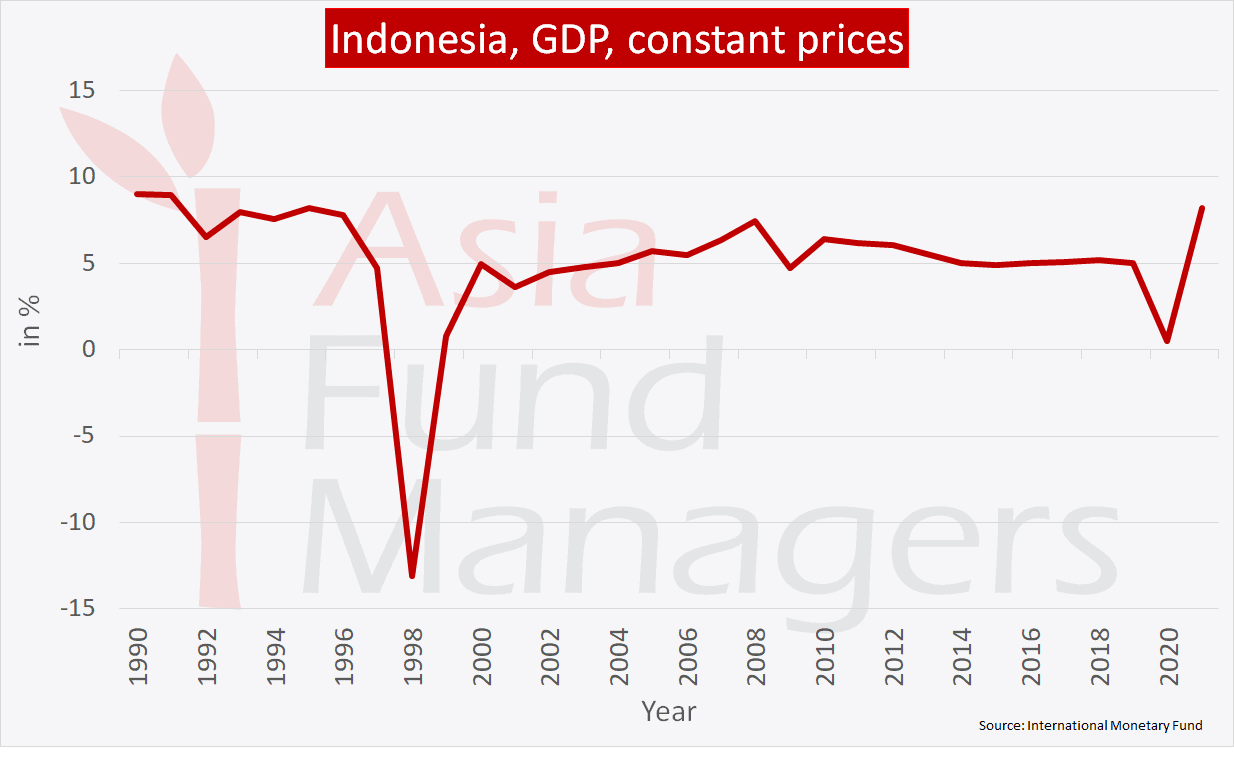 The Indonesian economy is the largest in Southeast Asia, and deemed one of the most important of the emerging market economies. This newly industrialised country is the world’s seventh largest in terms of GDP, and 16th largest economy in the world by nominal GDP. Indonesia is considered the second-fastest growing G20 economy, behind China.

The Internet economy of Indonesia is expanding rapidly, but the country is still largely dependent on its domestic market and government budget spending, thanks to its raft of state-owned enterprises. In fact, the central government in Indonesia owns 141 major enterprises in the country. Nonetheless, the majority of the economy has been overseen by Indonesian citizens and foreign companies since the liberalisation of the 1990s.

The population of Indonesia is around 265 million, and despite efforts with family planning it continues to grow. Indeed, based on current projections, Indonesia will eventually become the third-most populated country in the world, after China and India. Nonetheless, its population is relatively young compared to Western nations, with the median age of being 30.2 years in 2017. 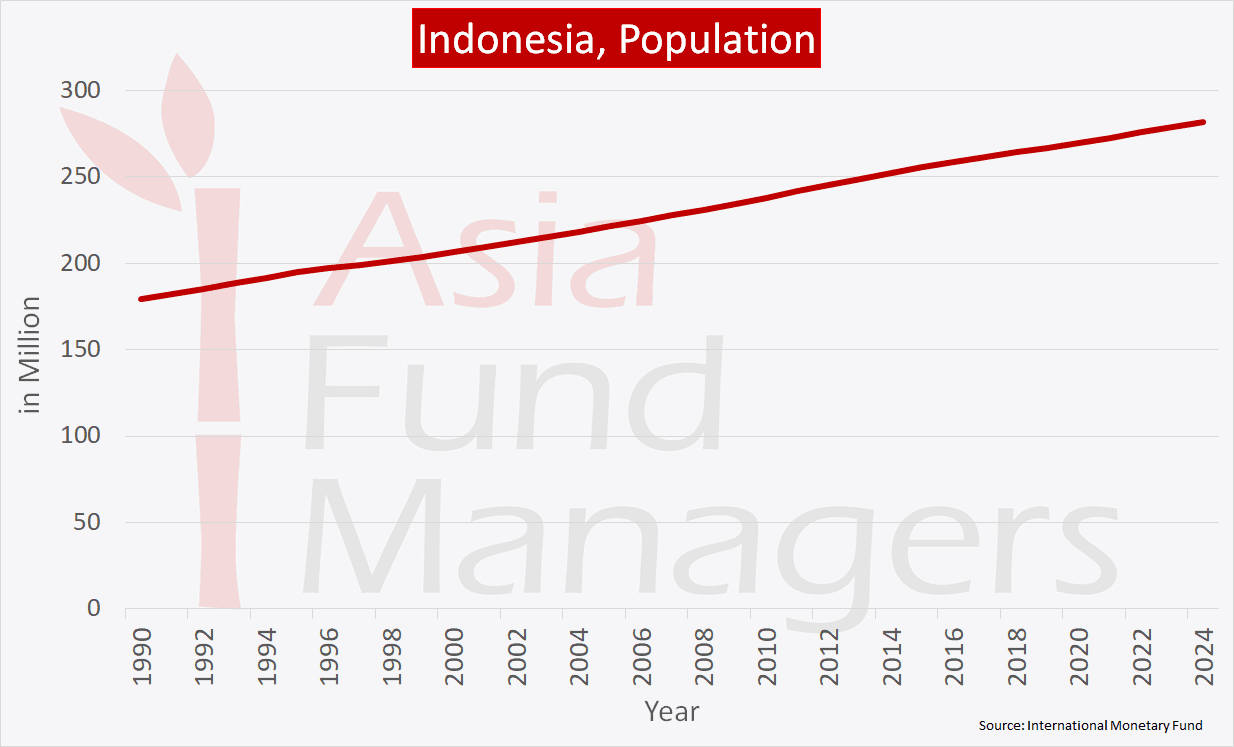 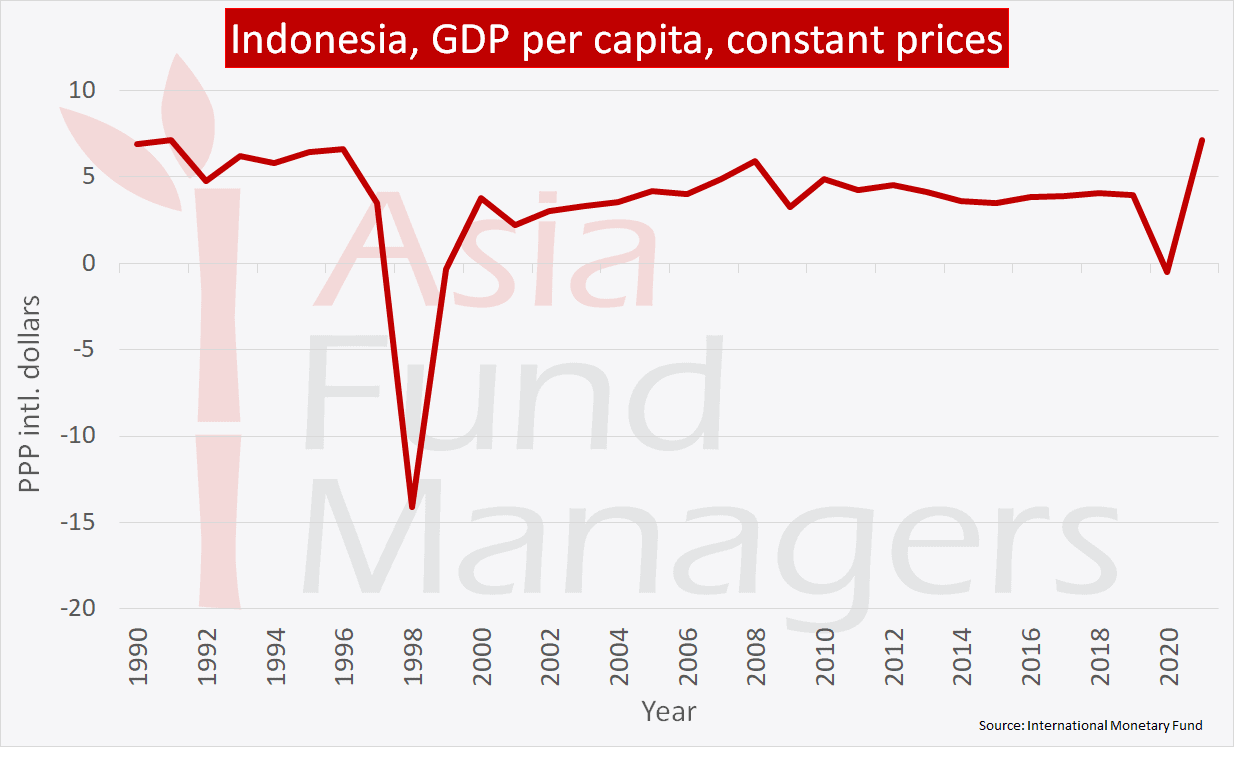 Unemployment in Indonesia is relatively low, with a rate of 5.3% last year. However, due to Covid-19, the IMF projects that the country’s unemployment rate will rise to 7.5 percent this year.

The rupiah is the official currency of Indonesia, and it is not a particularly highly valued currency. In fact, 1 million rupiah is only equivalent to approximately $63.30. Currency is issued in Indonesia by Bank Indonesia, and its currency was introduced shortly after the Second World War, following Japanese occupation.

Bank Indonesia is the central bank of the Republic of Indonesia. It was founded in 1953 following the nationalisation of De Javasche Bank, three years after the recognition of Indonesia’s independence by the Netherlands. And in 1999 laws were passed in Indonesia which gave the bank independence from presidential activity, meaning that it would report directly the Parliament rather than the had of state. Furthermore, the Bank Indonesia governor is no longer a member of the Parliamentary cabinet. 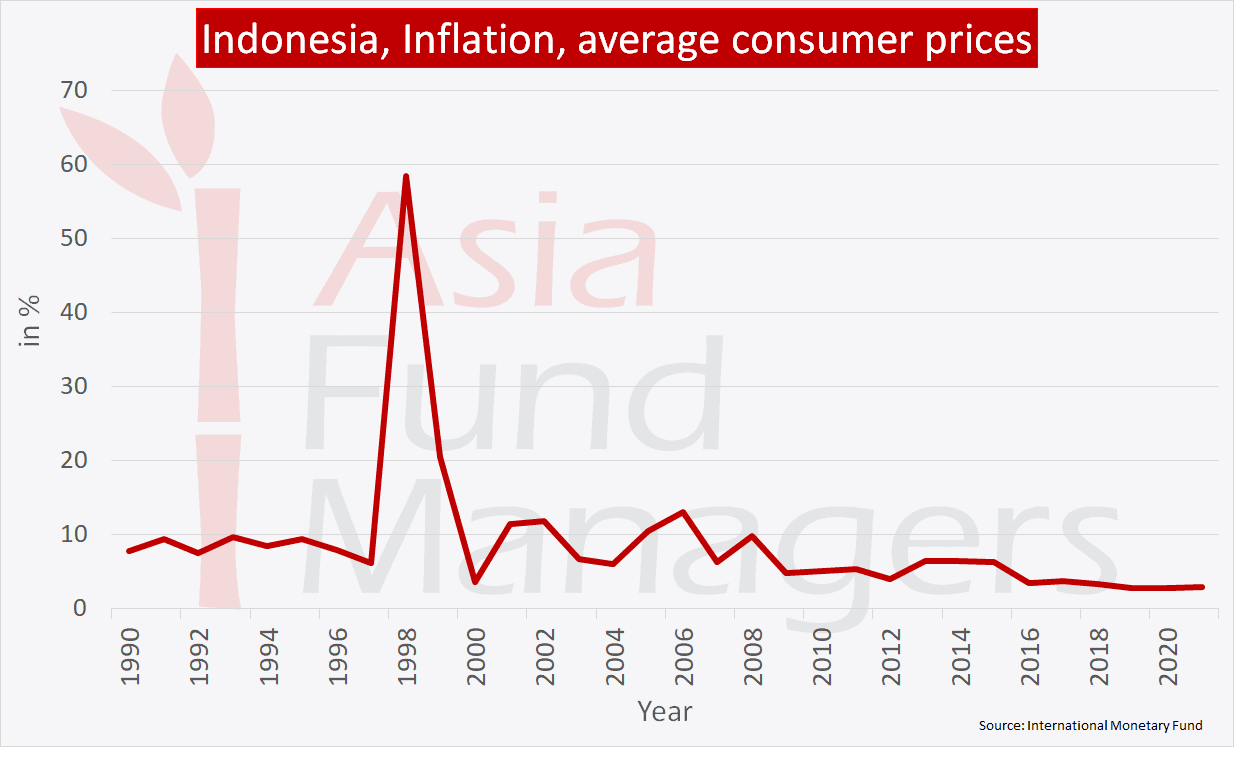 The stated goal of Bank Indonesia is to achieve and maintain the stability of the rupiah. Bank Indonesia holds powers to conduct monetary policy through the establishment of monetary targets, and has trimmed interest rates to encourage responsible borrowing. However, the weakness of the rupiah causes problems for the government and the central back in terms of macroeconomic policy.

Agriculture and related industries are particularly important in Indonesia, with agriculture responsible for 41% of the jobs as recently as 2012. Agriculture contributes around 15% of the national GDP as well, although this figure has been declining slightly over the last 10 years, following the increasing industrialisation of Indonesia. Agricultural production is also efficient, as only 30% of total land in Indonesia is utilised for agricultural purposes.

Other important industries in Indonesia include mining, oil and gas manufacturing, the automotive industry, and the development of hydrocarbons. The biggest corporations in Indonesia are also in the banking industry, even though its financial services sector is less mature than in many nations. It is believed that the current account balance of Indonesia is in deficit, with an estimated deficit of $8.1 billion.

Indonesia primarily trades with its immediate neighbours, and Japan is the country’s main export partner. As an acknowledgement of this, the two countries signed the Indonesia-Japan Economic Partnership Agreement in 2008. This was the first bilateral free-trade agreement to ease the cross-border flow of goods that Indonesia had been involved with. Trade with China is also prominent, with the government having pursued this in an attempt to counterbalance its reliance on Western exports.

Indonesia was ranked 50th in the most recent Global Competitiveness Report, which is a slump of five places from its result in the previous year. It ranks fourth in South East Asia behind Singapore, Malaysia, and Thailand.

In the Ease of Doing Business Index, Indonesia economy is ranked 73 among 190 economies, according to the latest World Bank annual ratings. The rank of Indonesia remained unchanged from the previous year.

The Heritage Foundation deemed Indonesia’s economic freedom score to be 67.2, making its economy the 54th freest in the 2020 Index. Its overall score increased by 1.4 points, primarily because of a higher property rights score.

World Bank data indicates that stock market capitalisation in Indonesia is equivalent to approximately 47% of GDP. This indicates that the stock market is not as significant in the country as for most developed economies, as a world average based on a study of 63 countries was 71%. Nonetheless, stocks in Indonesia do attract a fair amount of foreign capital, and this market is considered relatively liberalised and developed for a Southeast Asian country of its type.

There were six companies from Indonesia listed in the most recent Forbes Global 2000. These were, Bank Rakyat, Bank Mandiri, Bank Central Asia, Telkom Indonesia, Bank Negara Indonesia, and  Gudang Garam.

The bond market in Indonesia is relatively small, but has grown steadily in recent years, as well as diversifying. The market accommodates both native and foreign investors, with the government of Indonesia being the largest issuer of bonds in the country.

The credit rating of Indonesia is around BBB with most assessors.

Real estate growth in the Indonesia economy has been fertile in recent years, and it is expected to expand by a further 18% by 2024. The demand for housing in the country is partially driven by the favourable demographic composition, along with the increasing urbanisation that is prevalent in the country.

Meanwhile, foreign investment in the real estate market, coupled with an increasing native middle-class, means that housing has increased in value quite consistently. As is the case in many countries, there is also a backlog of housing, and the Indonesian government has introduced a program to construct one-million housing units annually in an attempt to reduce this situation, and stabilise market conditions.

Prices are still relatively affordable, though, with the average residence in Indonesia costing just over $1,500 per square metre. By way of comparison this figure is over $2,800 in the United States, and well over $5,000 in the United Kingdom.