Home Asia News US and Japan to consider BRI alternative 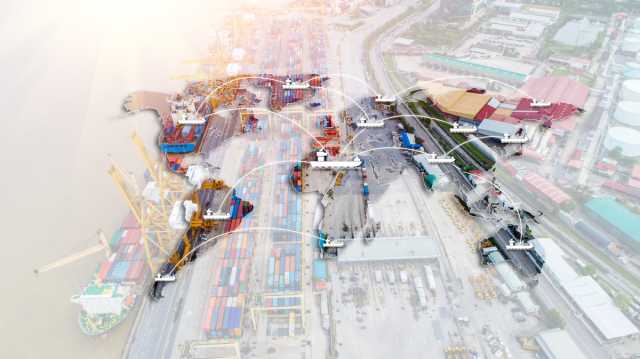 China’s successful establishment of domestic tech companies in many foreign countries at dominant positions through the Belt and Road Initiative (BRI) has made it difficult for Western economies to sell similar technologies in these regions. Now, China may have found a serious rival in the partnership between the US and Japan as both countries are considering a BRI alternative.

The U.S. and Japan will consider promoting the development of high-quality infrastructure, offering a credible alternative to Chinese technology and investment to developing nations. The Japanese Prime Minister Yoshihide Suga and U.S. President Joe Biden will discuss promoting high-speed fifth-generation wireless and clean energy in the Indo-Pacific region at a meeting at the White House, scheduled for April 16, 2021.

Through this initiative, the world’s largest and third-largest economies are expected to focus their development efforts in two domains where both can compete with China – telecommunications and clean energy.

US Treasury held talks in February 2021 with their Japanese counterparts in Tokyo to  sign a memorandum of cooperation: “work together to address regulatory, market, and legal barriers to private sector investment, and develop innovative solutions to deepen regional debt markets for energy and infrastructure projects.”

Meanwhile, Chinese Foreign Minister Wang Yi cautioned his Japanese counterpart against teaming up with the US to counter China, ahead of the US-Japan summit next week. “China hopes that Japan, as an independent country, will look at China’s development in an objective and rational way, instead of being misled by some countries holding biased view against China,” a Chinese Foreign Ministry statement quoted Wang.

US presents a credible challenge to China’s BRI

Since the day he was inaugurated in January, US President Biden has stressed rebuilding ties with European and Asian allies and re-joined trade agreements the US left during the Donald Trump presidency.

Biden has furthermore pledged to compete with China in investment in future technologies and said he would not allow a situation where China surpasses the US as the most powerful economy on the planet.

Biden recently also proposed a $2 trillion-plus infrastructure plan, that would encourage “increased US investment in promising new technologies, such as quantum computing, artificial intelligence, and biotechnology”. Speaking with British Prime Minister Boris Johnson the US president suggested that democratic countries should have an infrastructure plan to rival China’s BRI.

Another economic cooperation framework launched by the Biden administration in March is the “Small and Less Populous Island Economies (SALPIE) Initiative,” designed to strengthen US collaboration with island countries and territories in the Caribbean, North Atlantic, and Pacific regions. “It’s important to strengthen our alliances, particularly among smaller countries that might otherwise come under a certain amount of pressure from China,” government sources told VOA.

Engaging at a higher level with countries in the Indo-Pacific, the Quadrilateral Security Dialogue or Quad has been revived recently. The informal union comprising the United States, India, Japan, and Australia held its first meeting on leader level on March 12. During the meeting, the leaders, including Biden, addressed areas such as Covid-19 vaccines, climate change and new technologies. Even if informal, experts expect additional counterweights to China’s BRI from Quad.

China’s Belt Road Initiative has boosted its power in a host of countries, with billions already spent by Chinese banks in building roads, railways, power plants and telecommunications infrastructure. This geographically unbound initiative encompassing 139 members across the globe including China, account for 40 percent of global GDP.

Since BRI’s conceptualization in 2013, China has invested more than an estimated 800 bn USD in the form of mega infrastructural financed projects or loans to over 60 countries. The opacity of its China’s lending through the BRI for China-backed infrastructure projects, has raised questions all around the world. Especially some loan contracts of BRI projects in Africa, Latin America, Eastern Europe and Asia are often referred to by experts as ‘debt trap’.

With BRI expanding, China has been recently perceived to be more influential than the United States in parts of Africa and Asia. Further, the outbreak of Covid-19 has disrupted global trade and added momentum towards the deglobalisation trend. China’s strong economy, that was singularly unharmed last year from the pandemic, continues to fund and support the initiative in multiple economies. And considering Asia’s voracious need for new infrastructure, the Covid-19 pandemic further forced China to recalibrate BRI shift to a technology-focused plan.

The Asia and the Pacific region have seen substantial infrastructural development through overseas funding. The demand continues to be high. According to Asian Development Bank estimates, developing Asia will need investment up to $26 trillion in infrastructure from 2016 to 2030.