The ongoing shortage of integrated circuits (ICs) worldwide put the important role of Malaysia in the global semiconductor industry into the spotlight. The surge of new Covid-19 cases in the country disrupted local production due to the imposition of lockdowns in the past several months.

These measures to address the virus spread has caused numerous semiconductors testing and packaging facilities in Malaysia to either suspend work or operate in limited capacities. Despite efforts to curb the pandemic and boost production, the shortage is forecast to continue until 2022 due to growing demand.

Malaysia as a key player in semiconductor industry

The electrical and electronics (E&E) sector comprises around 6.8% of the country’s gross domestic product (GDP) and provides jobs to about 575,000 workers.

Malaysia has established itself as a center of testing and packaging operations for several semiconductor suppliers, including Europe’s STMicroelectronics NV and Infineon Technologies. The country’s factories also supply automobile giants, such as Toyota and Ford.

According to Malaysia Semiconductor Industry Association (MSIA), the country is a key player in the global semiconductor industry. Any disruptions to the local sector would impact other parts of the global supply chain.

Ford temporarily suspended the production of its F-150 pickup truck at a US facility in August due to a semiconductor-related shortage of parts caused by the pandemic in Malaysia. Meanwhile, both STMicroelectronics and Infineon were forced to close facilities temporarily.

In August, Malaysia broke the 20,000 daily infections seven-day average after just averaging 5,000 in late June. Since summer, the Malaysian government has been trying to address the new wave of infections by implementing nationwide lockdowns, also shutting down factories.

Taiwan calls on Malaysia for help

However, to keep the economy afloat, the Malaysian government granted exemptions to certain manufacturers. In June, some firms were allowed to use 60% of their workforce in their operations. Furthermore, companies are allowed to operate 100% if over 80% of their employees are fully vaccinated.

Prime Minister Datuk Seri Ismail emphasised that vaccination is key to reopening the economy. As of early October, 88% of the adult population have been fully vaccinated.

MSIA president Datuk Seri Wong Siew Hai said that based on the association’s observation, more companies are getting their workers vaccinated and the major Malaysian semiconductor manufacturers are already running at full capacity.

A MSIA survey revealed that 16 firms plan to invest more than $0.9 bn in capital expenditure over the next two years, generate around 4,600 new jobs, and expand their facilities by 3.4 million square feet. This is in line with industry research, which showed that the global IC demand will continue to increase by 20% this year, before slowing down to 10% in 2022.

Meanwhile, Taiwan stressed the importance of Malaysia’s role to resolve the global shortage of auto semiconductors. Taiwan’s Economy Minister Wang Mei-hua told Reuters that “Taiwan alone could not sort out the problem because the supply chain is so complex”.

Malaysia’s companies offer services that Taiwan’s companies do not, such as auto chip packaging. 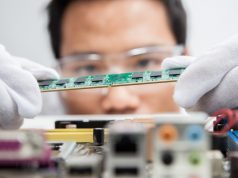 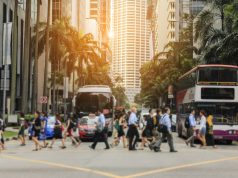