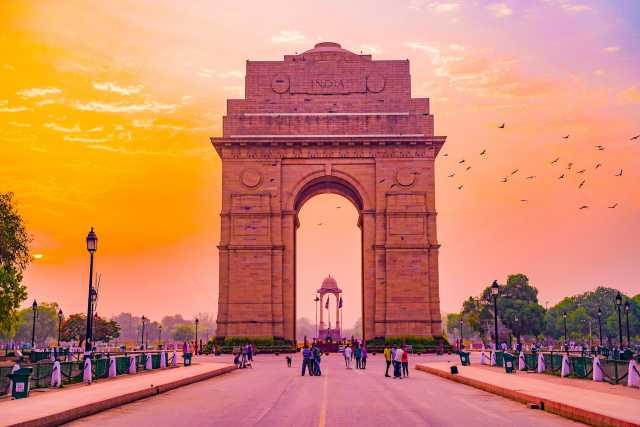 India has garnered a higher regional share of foreign direct investment (FDI) flows, despite the Covid-19 impact. A global investors’ haven, India now ranks as one of the top FDI host economies, with China. At a time when global inflows contracted, India’s massive FDI inflow has pushed the current account to surplus and propelled forex reserves to all-time highs.

In fiscal year 2020-21 (FY21), India recorded the highest ever total of $81.7bn in FDI, including equity, reinvested earnings, and capital. The 10% YoY FDI jump was on the back of the country’s favorable FDI policy reforms, investment facilitation, and ease of doing business. Against the odds, the investment skyrocketed during the pandemic, with FDI equity inflow spurring 19% to $59.64 bn in 2020-21. As per the commerce and industry ministry, this is on the backdrop of reforms undertaken by authorities that have made India a preferred investment destination globally.

In stark contrast, Global FDI collapsed 42% to an estimated $859 bn in 2020 from $1.5 trn in 2019. The United Nations Conference on Trade and Development (UNCTAD) suggested that China was the world’s largest FDI recipient in 2020, followed by US. Meanwhile, India was the only other country after China that saw an increase in foreign investment. Furthermore, FDI flows into India grew at a faster pace as compared to China. India recorded 13% positive growth, boosted by investments in the digital sector, particularly through acquisitions.

As per the UNCTAD Investment Trends Monitor report, the decline in global FDI concentrated mostly in developed countries. Meanwhile, developing economies recorded the highest ever growth in share, at 72% of global FDI.

In FY21, computer software and hardware topped the investment chart, accounting for a 44% share of the total FDI inflows in India. This was on account of significant growth in the country’s technology space, as per the Department for Promotion of Industry and Internal Trade. It was followed by 13% in construction (infrastructure) activities and 8% in services.

A deeper analysis shows that at least 34% of the total FDI inflows were related to $20 bn put by global investors in Reliance Industries-led fundraising. India also attracted a record number of mergers and acquisition (M&A) deals in IT consulting and digital sectors, including e-commerce platforms, data processing services, and digital payments. As per experts, sectors that are likely to receive higher-than-usual FDI inflows include the electronics hardware, chemicals, and pharmaceuticals sector.

In terms of countries, Singapore contributed to 29% of India’s FDI inflow, followed by the US, accounting for a 23% share in the FDI received. Other leading investor countries in FY21 included Mauritius, UAE, Cayman Islands, Netherlands, Japan, UK, and Germany. In terms of YoY change, Saudi Arabia became a top investor in FY21, followed by the UK at 44% growth.

Shibani Kurian, Sr. EVP & Head – Equity Research, Kotak Mahindra Asset Management Company said, “50% of the total FDI inflows from April 2000 were received in the last 5 years. The share of FDI flows as a proportion of overall capital flows has improved to 65% in the last 5 years as compared to 30% in the previous 5 years.”

India has not only sustained its investment growth in 2020 but also regained investor’s confidence in 2021. The latest economic figures also suggest that the impact of the second Covid wave on the economy so far has been less intense than last year. Amid increased vaccination coverage, the daily cases and mortality figures from the virus spread are also getting under control. The country’s growth is expected to bounce back in 2021, as per forecasts by IMF and World Bank.

As per Rana Gupta, Senior Portfolio Manager and Indian Equities Specialist, and Koushik Pal, Senior Analyst, from Manulife Investments, the structural trend of a higher share of foreign flows to India will continue, as growth improves in 2021.

India’s FDI attraction is led by a series of policy steps taken to improve ease of doing business as well as the nation’s ambitious infrastructure project pipelines. To boost foreign investment in the manufacturing sector, the government also launched various Production Linked Incentive schemes and the ‘Make in India’ campaigns.

According to Kurian, some of the key policy measures taken included “steps to improve the competitiveness of domestic industry, reduction in the corporate tax rate, implementation of the production linked incentive scheme and measures to improve ease of doing business.”

“We expect that the sustenance of this policy direction and recovery of the domestic economy would be the key factors to keep attracting foreign investment into India on a structural and long term basis”, she concludes.