2021 has proven to be a record year for Samsung Electronics. The South Korean conglomerate posted its highest revenue ever for the full year as well for the last quarter of 2021. Annual revenue came in at $230 bn, up 18% from 2020, and on a quarterly basis the electronic giant saw revenue rising 20% in Q4.

Samsung attributed the record revenue to “competitive products, which helped sustain uncertainties caused by Covid-19 and supply and logistics issues.” The semiconductor business, which has been successful for many quarters, boosted the positive results. Futhermore the Consumer Electronics (CE) and IT & Mobile Communication (IM) divisions also turned out to be sales drivers.

For the full year, Samsung’s net profit rose 51%, while operating profit rose 41%. However, on a quarter-on-quarter basis, operating profit was seen dropping 12.8% in Q4. Samsung said the drop was led by various costs including employee bonuses, marketing costs for the mobile business, and ramp-up costs for new display panels.

Semiconductors leads Samsung to the top

Earlier in May, Samsung Electronics had set a goal of becoming the global leader in semiconductors by 2030. The recent financial results suggest, however, that the tech behemoth has already dethroned Intel in 2021, as the world’s leading semiconductor manufacturer.

The South Korean firm’s semiconductor business alone recorded $78 bn revenue for the full year, up 29% year-over-year. With this, the company surpassed its US based rival Intel in chip sales, that reported full-year revenue of $74.7 bn.

Additionally, by sales, Samsung’s semiconductors division accounted for one-third of the total revenue for the full year despite the ongoing global chip shortage, compared with 10% in the mobile device business and 16% in the consumer electronics business.

While Samsung came out as winner in 2021 with record revenue, it acknowledged that “challenges associated with supply issues and Covid-19 are likely to persist,” going into 2022.

However, the company expects memory demand to stay strong this year, as enterprises ramp up IT investments and plans to expand supply of high-performance products.

The South Korean gaint said it has aggressively stepped-up investment in its semiconductor business. Samsung’s capital expenditures hit $39 bn in total last year, out of which 90% or $36 bn was aimed towards semiconductors division to boost output.

“The spending focused on expanding capacity and process migrations at its chip fabrication plants in Pyeongtaek, about 70 kilometers south of Seoul, and Xi’an in China to pump up demand for advanced nodes.”

This also includes the November investment worth $17 bn in a new microchip factory in Texas, which is expected to be operational by the end of 2024. In addition, the Korean behemoth is investing in emerging technologies like artificial intelligence and robots, as well as 5G and 6G communications.

While market risks are projected to remain, Korea’s largest corporation is confident about continued revenue and profit growth, driven by stronger demand for premium and super large TVs in 2022. Besides this, Samsung also expects the market of smartphones, tablets and wearable devices to continue growing this year.

According to Sung-Soon Park, an analyst at Cape Investment & Securities, Samsung’s profit is likely to dip for the January-June period. The analyst had forecast around 10% fall in chip prices in the first months of 2022.

“But we also expect chip prices to turn around in the second half, giving a boost to company profits. It appears now that the decline scope will be smaller with solid demands for PCs and improved supply chains,” the analyst adds. 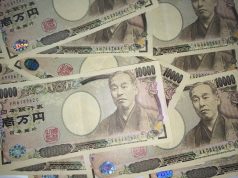 Japan’s yen may no longer be a safe-haven currency 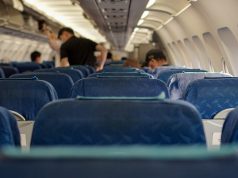 Russian invasion of Ukraine shoots down aviation industry in Asia 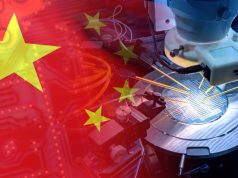