Fintech investment in China has got off to a modest start in 2019 following record levels of investment last year, according to KPMG. The bi-annual report Pulse of Fintech H1’19 found that investment in fintech companies in China (including VC, PE and M&A activity) amounted to $2.5 billion across 32 deals in the first half of 2019. The first half of 2018 saw $16.3 billion across 77 deals. KPMG sees the lack of megadeals in the country as main driver of the decline. This is said to be mainly affected by the U.S.-China trade tensions and by Beijing’s increasing regulatory focus on fintech and fintech companies.

According to James Mi, one of the world’s most successful investors in tech venture capital, China’s start-up scene will “recover gradually”. In an interview with Japanese daily Nikkei he said that “a lot of publicly traded stocks are trading below IPO level, and that affected the valuation”. Mi is ranked twelfth on this year’s Forbes Midas List of Top Tech Investors. He helped Google develop its presence in China and was an early investor in Baidu, now one of China’s biggest tech companies.

Also, KPMG is expecting the China venture capital market to rebound, and sees opportunities for less mature areas of fintech. Blockchain, particularly related to microfinancing, is expected to gain more attention by investors, as are AI, big data and cloud services. Regtech – using information technology to enhance regulatory compliance – is also gaining attention as central and provincial government authorities are focusing heavily on it.

Hong Kong is highlighted as a city seeing rapid development of fintech. The new Hong Kong virtual banking licenses are playing a significant role in this. So far, the Hong Kong Monetary Authority has issued virtual banking licenses to eight companies. These include a diverse mix of non-traditional banking organizations, such as insurance companies and telecoms, as well as several of China’s big players such as insurance giant PingAn or smartphone brand Xiaomi.

“As the virtual banks start to implement their strategies over the next year, we will see the major traditional banks strive to keep up in response. The expectation is that the virtual banks will be able to grow over time”, Avril Rae, Director and Head of Fintech at KPMG China, said.

Following Hong Kong, the Monetary Authority of Singapore has also announced plans to issue up to five virtual banking licenses. Several large tech companies have already shown interest in the licenses, including ride-sharing giant Grab. According to Bloomberg, the Oversea-Chinese Banking Corp. (OCBC) is also interested and in talks for a virtual banking joint venture with companies, including Singapore Telecommunications. 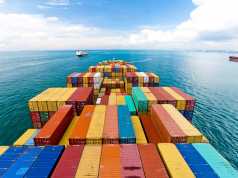