Southeast Asia’s digital economy has been demonstrating unprecedented growth since the year started. According to the recent e-Conomy SEA 2021 report, it is on pace to reach $1 tn by 2030. E-commerce is considered the main driving force of the region’s digital boom.

As per the joint report by Google, Singapore state investor Temasek, and management consultancy Bain & Company, all markets posted double-digit growth in e-commerce gross merchandise volume (GMV), with the Philippines at a 93% increase compared to the same period last year.

Thailand followed with 51%, Indonesia with 49%, and Malaysia with 47%. The city-state of Singapore recorded a 35% growth while Vietnam’s GMV expanded by 31%.

The forecast further shows that by 2030, about 50% of all retail spending will be done online compared to 10% currently, with 25% of grocery spending done online. In addition, around 70% to 80% of transactions will be done digitally. Digital companies established in the region are expected to scale up and become players in the global market.

While digital consumption has become part of Southeast Asians’ lifestyle, the latest surge may be attributed to the region’s dramatic increase in internet users, particularly during the Covid-19 pandemic.

The report further found that consumers who joined the digital economy during the pandemic have remained, with 9 out of 10 people who tried a new digital service in 2020 continuing to use the service this year. 40 million new internet users came online in Southeast Asia this year. This increased the region’s internet penetration to 75%.

In addition, eight out of 10 of those new users have made at least one online purchase. Currently, Southeast Asia has a total of 440 million internet users, which means that about 350 million people are digital consumers.

Since the onset of the pandemic, there have been 60 million additional digital consumers, 20 million of which only joined in the first half of 2021. Meanwhile, early adopters of digital services have further increased their usage, using four more digital services than they did prior to the pandemic.

In an online briefing for the report, Stephanie Davis, vice president for Google Southeast Asia, mentioned that the highest internet usage and online consumerism happen in the region’s metro areas prior to the pandemic.

The rise of digital merchants

The burgeoning digital consumerism has led to the emergence of digital merchants in Southeast Asia. Small and medium-sized enterprises (SMEs) have been adopting digital technology, particularly in digital platforms, financial services, and digital tools.

These digital merchants have also been embracing end-to-end digitalisation initiatives, from front-end digital tools for customer engagement to back-end digital solutions for enhancing their operations. Eight out of 10 digital merchants expect that in the next five years, more than 50% of their sales will come from online sources.

The e-Conomy SEA 2021 report furthermore found that Southeast Asia’s digital economy posted a record-high in investments in the first half of 2021. At $11.5 bn in H1 2021, deal value is on track at the 2020 full year value of $11.6 bn. The number of transactions also went up by 65% compared to the same period last year.

Florian Hoppe, Bain’s head of digital practice in Asia-Pacific, explained that many investors were on a wait-and-see approach during the height of the pandemic in 2020. However, this has changed, and deal activity has reached an all-time high as more global investors shift their attention to the region. 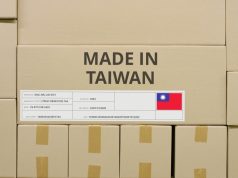