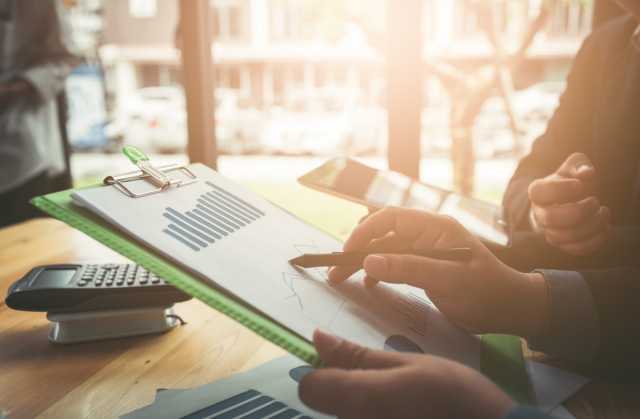 One of Wall Street’s hottest capital-raising trends this year – Special Purpose Acquisition Companies (SPACs) – is heading to Asia. The region is catching up on the SPAC listings boom, which offers quick and easy access to public markets. These so-called blank check companies go public and merge with a private company, typically within the specified timeframe.

Following Grab, Indonesia’s Traveloka and Indian unicorns like Zomato, Swiggy, Flipkart, and Grofers have lined up for US-based SPACs listings.

A surge of SPACs listings in the US from Asia suggests its openness to this alternative IPO market for fundraising. This sudden acceleration of new listings could be the push Asian economies were looking for. Analysts suggest fast-growing Asian financial hubs will remain prime targets for existing SPACs as well as new listings.

SPAC listings make a comeback in 2020

While SPACs have existed since the early 1990s, their explosive growth was seen last year, centering around the United States. There was a boom in investor demand for SPACs in 2020, due to the pandemic-led global economic slump. 2020 saw 248 SPACs raising $82B in public offerings globally. This was half the total US IPO market in 2020, data by SpacResearch suggested. The 2020 volume eclipsed the prior five years combined. A total of 225 SPACs and $47B were raised during the 10-year period between 2010 – 2019, data by S&P Global Market Intelligence showed.

Many major banks avoided or limited their involvement with SPACs. “Laws governing SPACs have changed and we have seen a marked activity increase in 2020”, suggested an Aberdeen Standard’s report. “Additionally, some companies that had their IPO plans thwarted by Covid-19 earlier in 2020 turned to SPACs as an alternative,” the report added.

After a 320% YoY increase in 2020, SPAC prevalence is set to continue through 2021, with a significant number of both SPAC and de-SPAC transactions already in the pipeline, suggested Pictet in its hedge fund flash report called ‘The year of SPAC’.

Asia joins the boom of SPACs

The craze for SPAC has reached the Asian financial frontier not only for listing but also in terms of the acquisition. SPAC merger offers potential advantages over a conventional IPO, Credit Suisse said in its report. “These include price certainty, use of business projections, rapid execution, immediate liquidity, structural flexibility and managerial expertise,” it added.

Asia has now become an acquisition target region for many SPACs. More next-generation companies with compelling growth and value creation prospects have come through greater China and Southeast Asian regions. S&P global analysis of SPAC filings indicates that roughly one-third of all blank checks will be written for companies in the tech sector.

Out of $100 bn worth of new SPACs issued this year, only $3 bn accounted for Asian SPACs. Overall, 6 Asia-focused SPACs collectively raised $2.7 bn in the first three months of 2021. Meanwhile, Nasdaq and New York Stock Exchange cornered more than 97% of SPAC funds raised for 2021.

Last year, only four Asia-targeted SPACs were successfully completed, raising about $1.44 bn, as per Dealogic data. Asia-focused SPAC companies grew from 0 to only 8 between 2016-2020, accounting a small percentage of SPAC activity.

SPAC listing appetite in Asian exchanges has stayed dampened amid the lack of established SPAC rules. barring South Korea and Malaysia, most Asian exchanges are known to have too many safeguards in place. There are no concrete indications of when SPAC listing would be allowed on local exchanges.

The recent move of closer attention to SPAC-related risks by the US regulator has also paused SPAC-friendly moves in Asia. The sudden rise of professional athletes, politicians, and pop stars in SPAC frenzy investment has led US Securities and Exchange Commission to ask questions relating to compliance, reporting, and internal controls of SPACs.

SPACs have proven as a perfect example of a broader shift across the investment landscape. SPACs investment can range from well-known private equity funds to the public, attracting big-name underwriters to individual investors.

It provides access to investment in acquisitions through the listing process. It also allows investors a way to raise money without the risks of a volatile stock market. Unlike a traditional IPO, blank-cheque IPO prices are less dependent on real-time demand from investors.

However, most SPACs offer little insight into the companies they plan to merge with. SPAC shareholders rely on the track records of success for the sponsors to invest in the blank check companies.

SPACs offer a wide array of benefits, varying for sponsors, private companies, institutional and retail investors, CS suggested. “SPACs provide flexibility on how they can be structured or financed to achieve differentiated outcomes desired by targets,” it added.