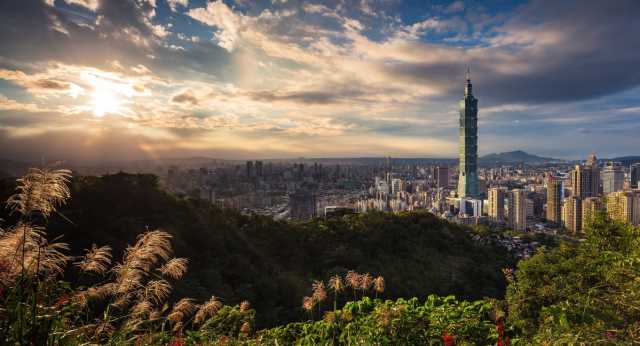 Backed by strong exports, Taiwan has raised its forecast for gross domestic product (GDP) growth this year. The Directorate General of Budget, Accounting, and Statistics (DGBAS) has raised Taiwan’s economic outlook for 2021 by 0.42 percentage points from its June projection of 5.46% to now 5.88%. This would be the fastest pace since it expanded 10.25% in 2010.

The GDP forecast was raised, backed by the sustained demand for tech goods and strong gains in other major products. For next year, the GDP growth of the tech heavyweight island is expected to reach a more modest 3.69%.

The statistics office published the updated full-year economic outlook for Taiwan, along with updated GDP growth figures of 9.27% in Q1 and 7.43% in Q2 2021. It expects both exports and imports to grow this year at their strongest pace in nearly 11 years.

As per the agency, GDP growth reached 8.34% for the first half of this year and is expected to grow 3.31% and 4.01% on yearly basis during the third and fourth quarters.

Meanwhile, Taiwan’s exports in July hit a historic high of $37.95 bn, rising for the 13th straight month to 34.7% on a yearly basis. Electronics exports hit a record high of $14.67 bn in July, with semiconductor exports growing 34.3% from a year earlier.

DGBAS said major technology firms posted robust earnings for the last quarter. Most chips and printed circuit board suppliers gave positive guidance for their businesses this quarter and beyond. However, smartphone assemblers and laptop makers have forecasted flat sales or modest retreats, it said.

DGBAS Minister Chu Tzer-ming said, “Although the virus outbreak is taking a toll on consumer activity, exports proved much better last quarter and will remain strong for the rest of the year.”

According to the Taiwanese statistics agency, demand for 5G, electronics, and information and communication products continued to grow, backed by Western countries’ recovery and the global rise of remote working and learning.

In the April-to-June period, Taiwan’s outbound shipments rose 37.5% compared to the previous prediction of 32.8%. The Ministry of Finance said that it expects August exports to grow by 20 to 25% compared to the previous year. As per the bureau’s figures, Taiwan’s biggest export destination remained China that accounted for 41%. This was followed by the Association of Southeast Asian Nations that accounted for 16.3% of July exports, the US at 14.7%, Europe at 9.6%, and Japan at 6.8%, respectively.

The latest data for the seven-month period released by the Bureau of Foreign Trade under the Ministry of Economic Affairs suggested that Taiwan’s exports to its top five overseas markets between January and July all hit a record high. During the first seven months of 2021, exports to China, including Hong Kong, totaled US$104.21 bn accounting for 42.6% of Taiwan’s overall exports.

Lloyd Chan, Senior Economist at Oxford Economics, expects Taiwan’s export growth to stay strong in the second half of the year. According to Chan, demand for chips used in smartphones, high-performance computing applications, automobiles, and other tech applications will remain high amid the global recovery.