Templeton Asian Growth is one of the best-selling equity funds in the Asia-Pacific region excluding Japan, Australia and New Zealand. In recent years, however, its performance has lagged far behind that of its peer group and of investor expectations. Looking only at its performance over the past three years, one might get the impression that the fund’s heyday is over. However, there is a lot to be said for investing in both Asia and Templeton Asian Growth.

Although growth is slowing somewhat in China, the Asian growth pattern remains intact. Especially in the ASEAN states of Indonesia, Thailand, the Philippines, Malaysia and Vietnam, the economy is growing. The growth rates of these nations are generally far above those of industrialized countries. This is mainly due to the increase in foreign direct investment, for example, in the manufacturing industry.

GDP growth in Asian countries is expected to be about twice as high as in Western industrial nations. China is taking government measures to prevent a permanent slowdown in the economy. In South Korea, Taiwan and Hong Kong too, rising consumer spending is stimulating the economy. Asia will account for an increasing share of global economic output in the coming years.

The region continues to record population growth, even if it is levelling off in China. There are numerous economic alliances on the continent that promote free trade and exports. Some of Asia’s industrialized countries are leaders in high-tech sectors, which is reflected in China’s space programme among other things. This benefits growth companies and the growing middle class.

The latter is gradually gaining more financial freedom, which increases the demand for domestically produced consumer goods. One goal of Asian states is to improve their digital infrastructure to enable them to catch up with the established industrial nations. Asia is well on its way from being a cheap labour market to becoming the world’s most economically dynamic region.

The Templeton Asian Growth fund is one of the largest of its kind. As of 30 November 2018, the fund volume amounted to well over $3.2bn. Its performance over the last three years has been 5.62 percent p.a. This is a minus of 0.19 percent compared to the benchmark index MSCI AC Asia Ex Japan NR (USD). The increase in value over five years of 3.90 percent p.a. was not satisfactory, either for investors or fund management.

The low running costs of 1.25 percent compared to similar Asian investment funds represent a plus point for the fund assets. When assessing the Templeton fund, investors should not lose sight of the currency risk of the investments against the euro or the volatility of the fund price development. Emerging markets are subject to greater fluctuations than developed equity markets.

The fund was launched in 1991 and therefore has a comparatively long history. It invests mainly in China, Indonesia, South Korea, India and Thailand. The investment focus is on banks, trade, energy, technology stocks and consumer goods producers. Two new fund managers, Eric Mok and Sukumar Rajah, have been responsible for the portfolio since April 2017 and February 2018 respectively. Educated at renowned institutions in Hong Kong and India respectively, they have many years of industry experience with Franklin Templeton. The investment strategy follows a bottom-up approach. The ongoing review of the equities selected using qualitative and quantitative fundamental analysis is followed by weekly market discussions and ongoing risk control of the investment fund.

The fund’s research and selection of securities is based on thousands of individual Asian-Pacific stocks. The capital management company Franklin Templeton has more than 20 years of investment expertise in emerging markets. It not only relies on theoretical studies and analyses, but also conducts company visits directly on site. The aim of the fund managers is to discuss the development and key figures of the portfolio companies with the management at least once a year. The fund managers are familiar with the special features, customs and regulations of the Asian stock exchanges.

A long-term investment in the industrialised and emerging countries of Asia should pay off. In the coming years, a great deal of capital will flow into the Chinese, North and Southeast Asian markets. Asia’s economic policy is based on industries of the future. Experts assume that by 2030, the ASEAN countries will be the fourth largest market in the world and that China will have overtaken the USA as the largest economy.

The Templeton Asia Fund is committed to capital growth through careful bottom-up stock selection, regional contacts and controls. The fund focuses on stocks with high market capitalisation. Investors benefit from the fund management’s many years of local knowledge. The equity fund is suitable for medium- to long-term investors who accept short-term risks and wish to invest with one product in companies in various emerging Asian economies. 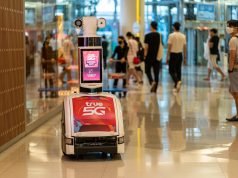 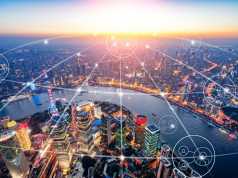 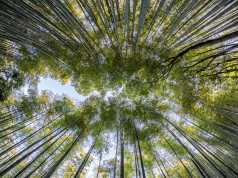