As demand for green mobility takes center stage, many countries in Asia have announced plans to grow their electric vehicle (EV) markets and commit to zero emissions over the next few years.

The announcements come as countries prepare for the UN Climate Change Conference (COP26) climate conference in November. Mobility was highlighted as one of the key targets of climate action during the United Nations General Assembly (UNGA) in New York in September 2021.

The ASEAN (Association of Southeast Asian Nations) could potentially generate 140 million new EV customers by 2030, with the upper- and middle-income population growing by double to 57 million, based on the International Monetary Fund’s World Economic Forum (WEF) data.

In 2020, Singapore unveiled its goal to completely phase out vehicles with internal combustion engines by 2040. Currently, only 1,855 out of the 641,977 passenger vehicles in the city-state are fully electric. Early EV adopters in Singapore will receive an incentive of up to $14,800 worth of relief from government registration fees. The government is also planning to increase the number of charging points at public and private parking lots from about 2,000 currently to 60,000 by 2030.

Meanwhile, Indonesia is strategically positioning itself in the market by becoming a hub for lithium-ion battery and EV production. The country is known for its large reserves of copper, bauxite, and nickel ore. The Indonesian government launched an EV roadmap in July 2021. It features the various incentives the country is willing to offer to bring in more investments to the sector. The country is aiming to produce 600,000 electric cars and 2.5 million electric motorcycles by 2030.

Last year, only 1% of the total registered vehicles in Thailand were EVs. The region’s biggest auto production center plans to boost the EV number to 50% of all auto production by 2030. The government will also limit car sales to only EVs by 2035.

Given their population size, China and India are key Asian car markets with China’s EV boom standing out. EVs are expected to account for 70% of China’s new car sales by 2030. By 2025, the Chinese government wants new energy vehicles to reach about 20% of the total new cars sold.

In a note released last June, Fitch Solutions Risk & Industry Research reported that EV sales in Asia would increase by 78.1% year on year in 2021, compared with just 4.8% in 2020. The industry research firm attributes this to strong sales growth in China and initiatives toward EV adoption to reduce emissions.

According to the report, total EV sales in the region could potentially increase from just more than 1.4 units in 2020 to almost 10.9 million units by the end of 2030. Majority of the demand will come from the most advanced economies in the region, namely China, Japan, and South Korea.

China would comprise 91% of Asia’s total EV sales while South Korea and Japan will contribute 4.2% and 2.8%, respectively. This is in line with China’s projected sales growth acceleration from 3.6% in 2020 to 83% this year.

Fitch Solutions also noted that the EV market in China will continue to expand as the difference in pricing between EVs and internal combustion engine vehicles become smaller. Government subsidies and fewer regulatory hurdles are also enticing first-time car buyers in the country to choose EVs.

Due to alarming levels of pollution and increasing fuel prices, the Indian government has increased focus on green mobility, setting a goal of achieving 100% electrification by 2030. Buyers demand for electric vehicles has increased, given the incentives provided by governments such as the FAME-II scheme (Faster Adoption and Manufacturing of Hybrid and EV) to drive more purchases of personal EV cars.

Challenges for EV ahead

COP26 president Alok Sharma pointed out that road transport already makes up 10% of the global emissions, and its output is increasing at a faster rate compared with other sectors.

Sharma said that EV takeover should be twice as fast as the optimistic forecasts so that they will comprise over 50% of new car sales by 2040. However, one of the main challenges in EV adoption, especially in Southeast Asia, is the availability of EV infrastructure such as charging stations.

Electric Vehicle Association of Thailand (EVAT) former president Yossapong Laoonual mentioned that consumers need to be assured that even if they cross national borders, they would have access to charging stations as quickly as connecting their mobile devices to local cellular networks.

Another challenge to the EV initiative is what to do with the more than 3.5 million passenger and commercial vehicles and 4 million motorcycles and scooters sold in Southeast Asian countries yearly prior to the Covid-19 pandemic. 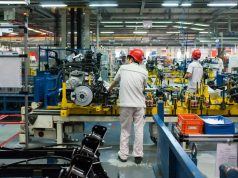