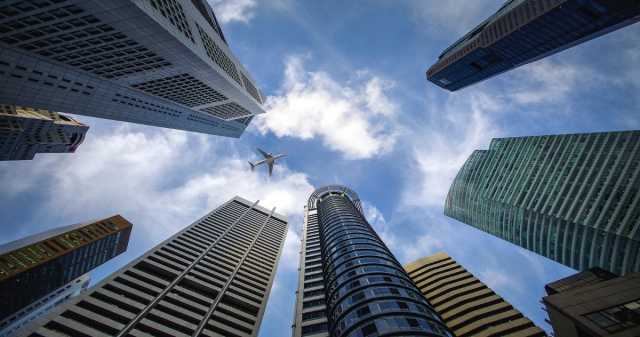 Tech-targetted mergers and acquisitions (M&A) deals have hit a record high in the Asia Pacific region. Driving Asia’s economic recovery following the Covid-19 crisis, tech merger deals amounted to $136.2 bn in 2020. This was more than double the transactions made in the previous year. Data from financial markets platform Dealogic shows that tech deals comprised 28% of the total M&A transactions in Asia valued at $482.4 bn, the highest share in at least a decade.

As the digital economy empowers more businesses and consumers in Asia, technology companies are expected to ride the trend. The surge in tech M&A deals is a by-product of the changes technology has made on the region’s economy, according to Jung Min, co-head of Technology, Media, and Telecom at Goldman Sachs in Asia-Pacific Ex-Japan. He pointed out that technological developments altered consumer behavior and the way businesses operate, particularly in recruitment, supply chain management, manufacturing process, and sales strategy.

The deal climate in the region is shaped by several factors, according to Andrew Martin, managing principal of multinational law firm Baker McKenzie Wong & Leow, in Singapore. Those factors include regulation, access to new markets, the power of financial investors, including private equity and venture capital, infra and credit funds, as well as family offices.

A report by the firm revealed that 77% of senior executives in the Asia Pacific see M&As in their industries increasing within the following year. The report, titled “Charting Growth — New M&A Landscape,” surveyed 800 senior executives in the region. In the survey, 92% of the respondents said their deal activity would revolve around technology, media, and telecom companies. Meanwhile, 57% said they would acquire new technology and related expertise. They also consider expanding into new markets as a driving force for the deals.

Rising merger deals in Asia-Pacific have boosted the ecosystem and produced more billion-dollar start-ups in the region. According to a Golden Gate Ventures report, Start-ups from Southeast Asia are predicted to produce 468 exit events between 2020 and 2022 after experiencing a slump from 2017 to 2020. Exit events occur when investors decide to liquidate their investment in a start-up via M&As, secondary share sales, or initial public offerings (IPOs).

The report showed that over 50% of Southeast Asia tech executives are actively looking for M&A deals within the next 12 months. This could spark interest among investors toward deals in series B- and C-stage start-ups in the region.

CB Insights data revealed that in 2020 over $90 bn was invested into almost 5,800 start-up tech M&A deals, based in the Asia Pacific. These include the above $1 bn financing rounds to several companies, such as telecoms company Reliance Jio of India, delivery platform Gojek of Indonesia, and logistics firm Manbang Group of China. It identified several unicorns valued at more than $1 bn, such as Hong Kong’s Lalamove, South Korea’s Coupang, and Singapore’s Grab.

The ride-hailing and food delivery firm Grab Holdings has agreed with special-purpose acquisition company (SPAC) Altimeter Growth Corp. for a merger that raises the company’s value to almost $40 bn. According to Grab, its decision to become a public company was based on its strong financial performance in 2020. The proposed merger is in line with co-founder Anthony Tan’s strategy of seeking growth in new sectors. The company also focuses on pushing market share upward through large investments in localizing services and high-growth economies.

Grab’s Indonesia-based rival Gojek and e-commerce firm Tokopedia are merging to form a tech company called GoTo. The combined firm will provide a wide range of services in Indonesia, including online shopping, food delivery, and courier services. Executives plan to hold IPOs for the new entity in Indonesia and the US later this year. The combined past valuation is estimated at $18 bn, based on 2019 and 2020 fundraisings.

However, not all tech M&A deals in the pipeline are pushed through. Japanese manufacturer Toshiba Corp. declined a take-private bid from PE firm CVC Capital earlier this year. CEO Satoshi Tsunakawa emphasized that Toshiba will not hesitate to consider different proposals to increase its value, including going private. With this, Toshiba appointed UBS as its financial adviser. The company’s goal is to set up a new business plan that they will implement by October of this year. Toshiba also plans to set up a strategic review committee.