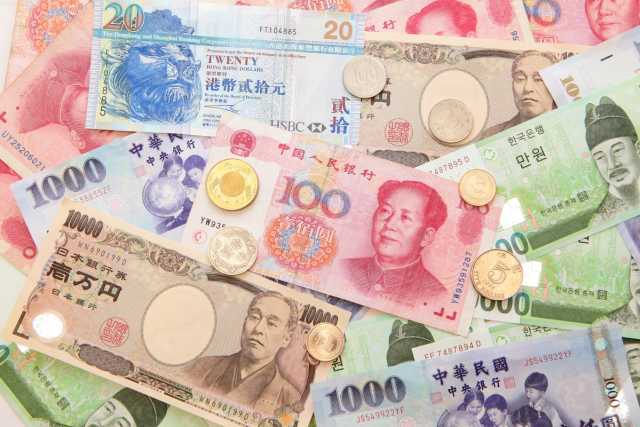 The resurgence of Covid-19 throughout Asia has reduced supply, pushing up prices and inflation worries. The virus led restrictions have increased the global commodity prices, which are at the highest since late 2014. This comes at a time when top companies out of Asia are reporting rising costs in their earnings calls.

According to Bloomberg in calculations of analyst briefings for companies on the MSCI Asia Pacific Index, the word “inflation” has been mentioned 282 times in the quarter ending September, the most in at least 18 years.

Not only in Asia – inflation rates are seen to be recording the highest in decades in advanced markets like the US and Europe as demand rose faster than expected. Furthermore, a UN index suggests that there is a rapid increase in global food prices in August, which are now near their highest level in a decade.

On a similar note, Philippine August inflation hit its fastest pace since December 2018, as CPI rose 4.9% from a year earlier, while Core inflation accelerated to 3.3% from 2.9% in July. Inflation averaged 4.4% in January-August, exceeding the year’s 2%-4% target range. As per the Bangko Sentral ng Pilipinas (BSP), inflation could accelerate before easing back to within the target range by 2021.

According to analysts polled by Reuters, wholesale prices in Japan were expected to stay at more than 10-year highs in August. This was due to global commodity inflation and a weak yen, while firms’ machinery orders likely rose in July. In the meantime, the Bank of Japan is likely to announce Japan’s wholesale prices rising 5.6% in August from the year earlier, matching July’s 13-year high.

In South Korea as well, August consumer prices rose 2.6% from a year earlier, above the central bank’s official inflation target of 2%. Bank of Korea, meanwhile, raised its policy rate for the first time in almost three years by 25 basis points to 0.75%, reiterating that it will continue to tighten policy as inflationary pressures persist.

Due to the supply bottlenecks amid the latest wave of the pandemic, Indonesia’s annual inflation rate in August inched up to 1.59%, the highest in three months. But it was below the central bank target of 2% to 4%. According to Fitch Ratings, the reopening of movement restrictions in Indonesia is likely to support its corporate recovery growth, which will be felt mostly in sectors dependent on discretionary demand and customer footfall.

According to a Reuters poll, India’s consumer price inflation held steady in August at 5.60% from 5.59% in July, as moderation in food price rises was offset by continued supply-chain disruptions.

As per S&P Global Ratings, India is expected to clock strong economic growth in the coming quarters, even with elevated inflation.

In Malaysia, according to the central bank, the CPI registered the first month-on-month decline since November 2020, with headline inflation averaging 2.3% year-to-date. The Bank Negara Malaysia has lowered this year’s headline inflation forecast to 2%-3%, while core inflation is expected to average 0.5%-1.5% for 2021.

According to recent data, Thailand also registered a drop in its headline consumer price index for the first time in five months, which was down 0.02% in August from a year earlier. According to a survey by the Thai Chamber of Commerce, Thailand consumer confidence dropped to a record low of 39.6 in August, hurt by stricter coronavirus containment measures that slowed economic activity. Covid restrictions however have been eased from this month after strict closure during July and August, to support the struggling economy.

According to Moody’s Investors Service, Thailand has a low short-term debt of only 8%, with an extremely low baht-to-foreign currency debt of less than 2%, which contributed to the low inflation rate.

Taiwan’s central bank governor Yang Chin-long has also indicated that the economy is not overheating and inflation is well under control, at around 1.6% to 1.7%. Consumer prices in Taiwan rose more than 2% in August, while CPI climbed 2.36% from a year earlier, breaching the government’s target of 2%.

For 2022, Bloomberg analysts expect inflation to keep ticking higher in some of Asia’s biggest economies. According to their estimations, China’s consumer prices will climb most in Asia, at an estimated 80 basis points. This would be followed by Indonesia with an increase of three-quarters of a percentage point. Analysts also predicted that price gains in India and Sri Lanka are expected to top 4.7%, while inflation in most of Asia is expected to be below 4% next year.

“However, we believe that this risk will be contained,” Bhaskaran wrote on Smartkarma. “Firms are gearing up for the future by stepping up a productivity-boosting investment which will raise global demand over time. If this strategy keeps the lid on unit cost increases, we will have less to fear from inflation as well.”

Tabula Investment Management’s survey of 100 asset managers and institutional investors from Germany, France, Great Britain, Italy and Switzerland revealed that 95% of investors expected inflation rates to be above forecasts made by leading economists over the next twelve months. Moreover, about 44% of the investors expected the rise in wages in China towards the levels of Western countries is a development that other developing countries should also do, which also speaks for higher inflation rates.

(With reporting from Reuters)