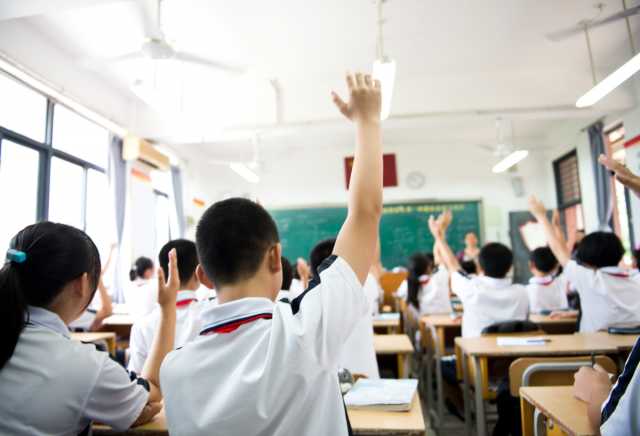 In the last few months, the scope of Beijing’s regulatory crackdown has grown wider into China’s education system, keeping investors on the edge of their seats. The latest regulations are aimed at its $100 bn-plus private education industry which once boasted some of the fastest growth rates in the country.

On 23 July, the country’s most powerful administrative authority, China’s state council, released a set of rules, barring private education companies that teach subjects on the school curriculum from listing abroad, having foreign investors, or making profits.  Further, listed firms will no longer be allowed to raise capital via stock markets to invest in businesses that teach classroom subjects.

It also banned foreign tutorial materials as well as companies from hiring teachers based outside China. Furthermore, tutoring companies will need permission to teach school subjects and their classes cannot take place during holidays, weekends, or during winter or summer breaks. Apart from this, no online or academic classes can be taken for children under the age of 6.

The State Council also announced that China will improve the quality of state-run online education services and make them free of charge. Some local-level authorities have also announced offering cash rewards for whistle-blowers that report after-school tutorial classes.

China’s redesign of the education sector – coupled with other recent reforms announced – comes ahead of next year’s National Congress of the Chinese Communist Party (CCP).

Why is China cracking down on its education system?

This time authorities specifically targeted education firms in response to long-held public grievances about educational inequality and to contain the unchecked expansion of the education sector. Centering on the annual gaokao (the college entrance exam), which is considered the toughest final exam in the world.

As per 2018 rating by the Program for International Student Assessment (Pisa), which administers standardized tests worldwide every three years, China’s spectacularly successful education system came in first-rate, as the country topped the rest of the world in reading, math, and science test.

The private tutoring industry that saddles parents with exorbitant fees has been a target of President Xi Jinping’s anti-trust campaign and war against the ‘disorderly expansion of capital.’ China’s leadership promotes two and three children households and these regulations are viewed as an important step towards one of China’s core state objectives i.e. boosting a declining birth rate.

“Parents hope their children have a happy childhood, but they are afraid they will lose at the starting line in a competition over scores,” Xi Jinping had earlier said in March.

According to a report published in March by the Shanghai Consumer Council, 78.4% of families have paid for education services in the past year in cities like Beijing, Shanghai, and Shenzhen. In addition to this, the report stated that over 55% called their education bills “very stressful” and over 84% of the parents surveyed said they were stressed about schooling expenses.

“In education, in addition to a greater focus on students’ mental health, the crackdown on private tutoring firms straddles numerous socioeconomic issues, including how the rising costs of education and child-rearing intersect with broader societal challenges such as income inequality and demographics,” Fitch Ratings said on in its latest report.

China’s latest regulatory blow has set panic for an existential crisis spread into the entire private tutoring and test prepping industry. Many analysts warn that these strict new policies changes in China’s education system could lead to the shrinking of brands and leave millions without jobs in the nation. The education service industry provides about 10 million jobs in China, according to a January report by Beijing Normal University and TAL Education.

TikTok owner ByteDance, which called education “a strategic new business direction” last year, is sacking thousands of employees in its educations business. The company had to put its IPO plan on hold and announced pulling its two edu-products from the market: NPY, and Gogokid. To comply with the new rules, overseas language-learning apps like Duolingo, Memrise, and Beelinguapp, also have disappeared from China’s Android app stores.

Other the major education companies like Hong Kong-listed New Oriental Education and Technology Group, and the US-listed Gaotu Techedu and Tal Education Group, released statements saying the new policy was not good news for them, but they would comply with the new rules and support the decisions of the party.

Investors spooked by severity of crackdown

The education system had emerged as one of the hottest investment plays in recent years, attracting billions from global investors to China like Singapore’s Temasek Holdings Pte, and GIC Pte as well as Warburg Pincus, the American Tiger Global Management, LLC, and SoftBank’s Vision Group Corp. According to iResearch, the market size of China’s online education industry alone reached $39 bn in 2020.

A May forecast by Macquarie research firm suggested that the country’s market for private tutoring (online and offline) was expected to almost double to $183 bn by 2023, from $96.14 bn in 2019.

Refinitiv data showed that private equity-backed investments into China’s education sector hit a record high of $8.1 bn last year as pandemic-induced lockdowns boosted demand for online education. Overall 13 education institutions were publicly listed last year, out of which one was listed on the mainland, and the others were in Hong Kong and the US. China’s biggest tech companies, like Alibaba, Tencent Holdings, and ByteDance, have also jumped on the bandwagon in recent years and invested in the education sector.

Mirroring broader campaigns against the Big tech, China’s regulatory assault has hurt investment some of the biggest stock market darlings from the education industry. More than $18 bn was wiped off the combined market value of New Oriental Education and Technology Group, Gaotu Techedu, and Tal Education Group, as of 13 August, according to Bloomberg. While some believe the selloff has created attractive buying opportunities, others suggest extreme risks associated with bottom-fishing at this time.

Fitch Ratings wrote earlier in July, “Measures that include allowing only nonprofit companies to offer after-school tutoring and keeping foreign investment and listed companies away from the sector will result in severe operational disruptions for existing players.”

Expressing views on regulations going forward, Nigel Chiang, Economist Centennial Asia Advisors recently stated on Smartkarma, “Any case for investing in China that is premised on the hope of eventually earning monopoly profits should now be dispensed with. These improvements in governance will add up to make for a more investible environment in the long run, in our view.”

Responding to positioning after the regulatory crackdown, Osbert Tang, China Analyst said in a report, that the best way to a position in China’s Education Sector stocks is to focus on higher and vocational education sub-segments, that still sees the least regulatory risks. He further suggested not to bargain hunting at the current level for online education companies, where risks are still significant even after the collapse in their share price following the crackdown.